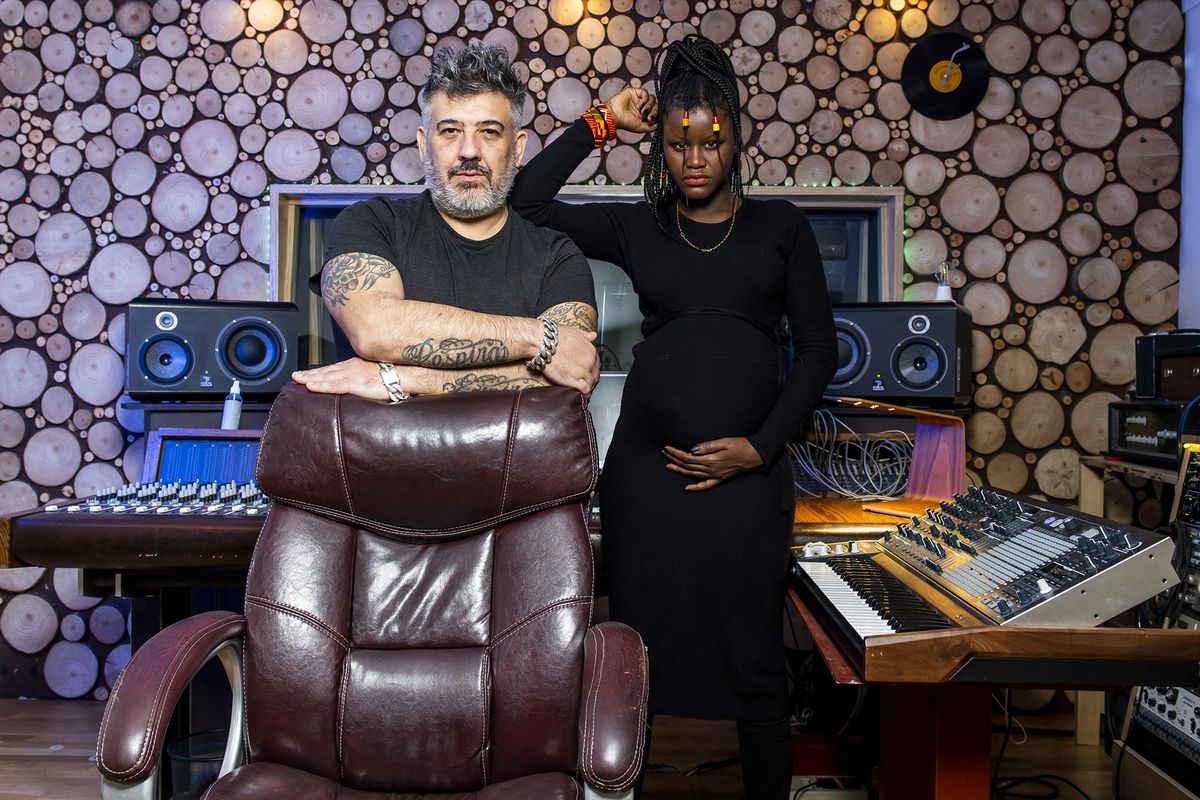 The girl flits around the recording studio while her mother looks for a seat to settle down. Just a few hours ago, Fakeba has landed from Senegal and is tired, unlike her daughter, who moves between instruments. The singer is pregnant with a second child and excuses herself in French by sitting down on a large sofa. All the energy that this artist gives off in her powerful electronic songs seems now parked, although her eyes shine with the pride of her Senegalese origin and the pride of a sensual and addictive music, a very particular mixture of ancestral sounds, with electropop bases, that have made it one of the African voices with the most projection of the last decade.

Fakeba, 32, is in Madrid to promote his new collaboration with Madrid-based producer David Kano, 48. The two have worked together on the remix of Dakar, a song that, with its rock kick and buzzing synths, is a call to the dance floor. “It was clear to me that I wanted to work with a producer like David. It was a key piece, ”she says. Kano smiles and points for his part: “It has been a pride to work with someone who goes beyond my standard. The song has something mystical about it. It is sung with a lot of force. She shoots very well alone. Even a cappella would shoot well ”.

Producer and DJ, Kano is one of the most active exponents when it comes to mixing electronic and rock. He is also known for his belonging to bands such as Cycle or Kracovia, which both break the rock mold with their bastard sounds, and being in charge of the electronic club, Le Garage, in the center of Madrid. The two chat in the El Silencio studio, after months of remote work in which he has locked himself between the four walls of this place with a method that consists of abstracting himself from everything: “Generally I don’t listen to the original theme. They pass me all the tracks and I do a quick scan of the song. “

In early 2020, the Senegalese artist launched Jotna (Iberlive), an album with renowned British producer John Fryer, known for working with Nine Inch Nails and Depeche Mode. He fell in love with her. Jotna put her in the spotlight of world electronics, but the coronavirus jumped and everything stopped, so she has decided to remix some compositions of that work. “People keep listening to music. It’s a way to de-stress, ”she says. This work of remixes has the collaboration of David Kano and other Spanish producers, such as Helena Gallardo, Paula Cazenave, The Dirty Playerz and Big Toxic, and French, such as Christian Wünsch. “In my land there is no electronic music. That is why it is very important for me to focus on this project. They are westernized sounds. At first, it may seem like a shock, but, in the end, the people of my country appreciate this type of music, “explains the singer.

Fakeba is the founder and director of the Electrika Festival in Dakar, which brings together big names in Western electronic music and takes them to sub-Saharan Africa for the first time. His interest in making electronics known is not at odds with his roots. Sing in Wolof, although the official language of Senegal is French. The Wolof It is the popular language of an ethnic group, which is distributed among Senegal, Gambia and Mauritania, and which seeks recognition of their customs. The singer usually allocates part of her profits to help minors in this region. “Music is universal and can be used to collaborate”, Fakeba sentence.

Francisco: “We didn’t deserve to lose, they hurt us again”