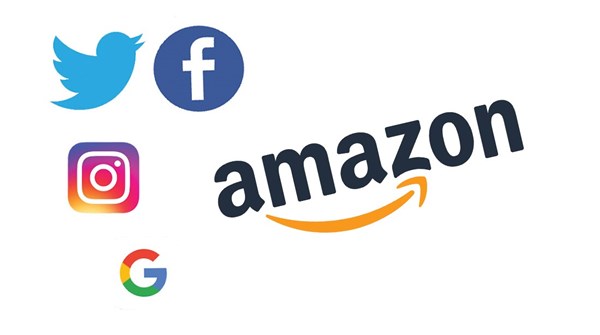 A strange confrontation is taking place now between the great giants in the cyberspace… Amazon on the one hand, and social media companies on the other. Amazon blames those companies for failing to remove false reviews of merchandise on its giant website. It says that “evil parties” have resorted to “Social Media” to buy and sell fake evaluations that the technology of these platforms is unable to address.
Amazon revealed that it managed to remove more than 200 million fake reviews before customers saw them in the last year alone. However, she still faces a deluge of false and misleading reviews on her store.
It was an extensive investigation conducted by the site. A-Watch, to protect consumers, has discovered that some companies claim in cyberspace that they are able to give certain products the “Amazon Choice” seal.
..and this “logo” is a banner or “badge” that is evidence of the quality of the product, and through certain algorithms, products bearing this mark top the list of search engines within two weeks, and it turns out that other companies also claim to have armies of electronic committees in the hundreds. Thousands of people who can provide positive evaluations in a certain way for the goods to be promoted…and of course for a fee.
Amazon says the onus here lies with social media platforms that are slow to deal with fake reviews when they are notified that they have been spotted on their pages.
The company explained that in the first three months of last year, it informed the social media platforms of more than 300 groups carrying out suspicious activity in this field. Those platforms did not move to address the matter until 45 days later to close those groups and prevent them from using their services.
In the first three months of this year, Amazon reported more than a thousand groups carrying out these counterfeit activities, and it took an average of five days to stop their activity.
The company said that it certainly appreciates the move of social media platforms in this regard, but it is asking them to invest more in order to develop technologies that enable it to quickly monitor and prevent such activities without Amazon having to file complaints.
Although Amazon did not specify by name the social media platforms it was referring to, Facebook had previously been criticized for its failure to stop these activities.
In January 2020, the UK Competition and Markets Authority worked to conclude an agreement obligating Facebook to work harder to detect and remove groups and pages that sell and trade in fake reviews and ratings and prevent them from reappearing.
Indeed, Facebook removed more than 16,000 fake reviews and ratings.
And what exactly happens in this regard is that corrupt merchants buy fake reviews on e-commerce sites to support sales of specific products or harm competitors by placing negative ratings or reviews on those competitors’ products.. These practices are spread on Facebook and Instagram.
Prices start at £13 per review, £620 per 50 reviews, or £8,000 per thousand reviews.

Formula 1 | Valtteri Bottas had conversations with others, but Alfa Romeo took the win: “I bring all my skills”