Electric and plug-in hybrid car incentives, the government moves 57 million towards the Ecobonus 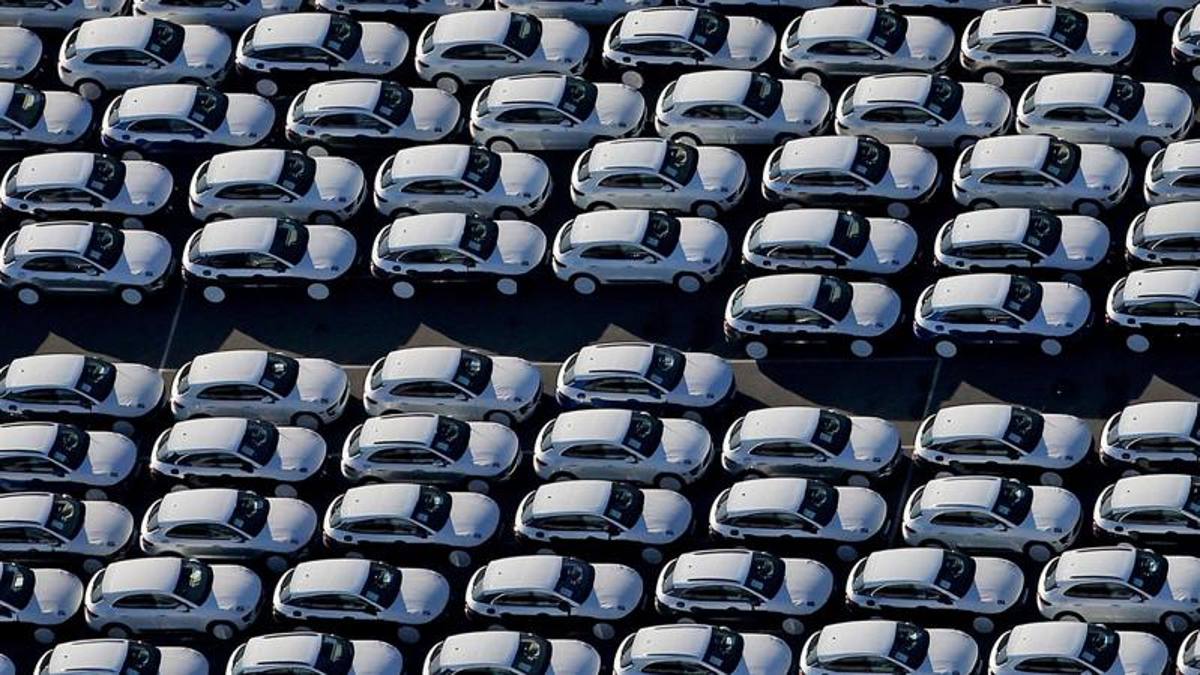 The infrastructure decree “reallocates” the Extrabonus funds and reactivates purchase support, but according to forecasts the incentives will drop by a third, with the risk of running out by October. A parliamentary question has been filed to ask for a long-term structural plan

With the sustainable infrastructure and mobility decree approved yesterday evening by the Council of Ministers, the government moved 57 million euros of Extrabonus to the ordinary fund of the Ecobonus incentive, thus reallocating the resources drawn from the additional one to the main component of the incentive, precisely the 57 million euros frozen and which were not accessible to the public separately. All this, as explained in the text of the decree, “to ensure and optimize the use of funds for the purchase of less polluting M1 vehicles, included in the 0-60 grams of CO2 emission band”, or in favor of the electric car and plug-in hybrid. A reallocation therefore, which however does not confirm the incentive scheme valid until mid-August, when the funds of the Ecobonus proper are finished. A complex situation, as underlined by the parliamentary question filed in the same hours by some members of the majority. According to the speakers, the financing system needs an articulated sector plan that also takes into account the right social needs of the transformation. If we continue with non-system measures, according to the Honorable Gianluca Benamati, promoter of the initiative in the Chamber, resources that go well beyond the reallocation seen so far would still be needed.

The reallocation of 57 million euros, according to the arithmetic, does not allow much freedom of maneuver. The Sostegni bis decree converted into law on 23 July had already refinanced the Ecobonus for electric cars (range 0-20 g / km) and for plug-in hybrids (21-60 g / km), with 60 million, sold out in less than a month. The accounts are soon done. Under the previous regime, the combined support led to 6,000 euros of Ecobonus financing plus 2,000 euros of Extrabonus for the purchase of an electric car in the event of scrapping of a vehicle that was more than 10 years old, or 4,000 euros plus 1,000 euros without scrapping. For plug-in hybrid cars, you were entitled to 2,500 euros of Ecobonus plus 2,000 euros of Extrabonus in case of scrapping, or 1,500 euros plus 1,000 euros without scrapping. In fact and in the absence of further communications, the reallocation means the disappearance of the Extrabonus, and therefore a financing plan reduced by a third, or up to a maximum of 6,000 for electric cars and 2,500 for plug-in hybrid vehicles. with disheartening projections in terms of time coverage. In fact, in the first eight months of 2021, 38,744 electric cars and 47,421 plug-in hybrids were registered, but the numbers for the month of July stand out, with 5,096 battery-powered vehicles and 6,272 rechargeable hybrids. The current funds thus only allow the financing of approximately 9,500 electric cars with scrapping, or only 22,800 rechargeable hybrids with scrapping. Combining the two items and considering a regular sales regime, such as that planned for the month of September, the figure appears destined to run out in less than 45 days, ie in mid-October.

“To the 57 million euros of Extrabonus still available, no less than another 100 million in refinancing to the Ecobonus proper was added, all this to get to the end of the year without uncertainty”. This is the opinion of Hon Gianluca Benamati, “father” of the Euro 6 car incentives already in 2020 and one of the major referents of the policies related to the mobility sector in the past and in the present majority. Reached by La Gazzetta dello Sport, its assessments look both at the weight of impromptu solutions and at the need for a sector plan that guarantees access to incentives in a social key, which helps consumers and operators in the sector to face the transition . “To guarantee this incentive scheme, no less than 600 million euros a year are needed, and it is clear that these funds are only the marginal part of a much more complex program dedicated to the automotive sector, which is not mentioned in the forecasts of expenditure presented by the Government regarding the endowments arriving from the Recovery Fund “. Mr Benamati naturally refers to the chapter of Mission 2 of the plan of the National Recovery and Resilience Plan, which of the Recovery Fund destined for our country represents the execution program presented by the Draghi executive. In Mission 2, 23.78 billion euros have been allocated for sustainable mobility policies, the spread of hydrogen engines and the establishment of public recharging networks. Going into detail, however, we note that only 740 million are specifically intended for the establishment of a network of high-power public columns. In this regard, the European Union binds us to reach at least 31,500 recharging points of this type by 2030, then setting the goal of 6 million battery-powered cars circulating in Italy by that date. In this regard, the National Recovery and Resilience Plan does not provide for any purchase support plan.

“We need an organic plan that includes investments in research and development, in the training of workers in the new ecological car chain, in system support for the transition”. The Hon. Gianluca Benamati sends the text of a parliamentary question already filed to Gazzetta Dello Sport, which sees him as signatory together with his colleagues Nardi, Bonomo, Gavino Manca, Soverini and Zardini. It is addressed to the Minister of Economic Development, and considers the expiry of the Ecobonus measure in December 2021, already the result of an experimental forecast by the 2019 Budget Law. Here the reallocation of 57 million euros took place. Rather, the adoption of a strategic plan for the replacement of the fleet in circulation is requested, providing for structural measures to support the automotive sector, thus going well beyond the policy of moving funds that are already present and not usable. “The point is to build a path” underlines the Hon. Gianluca Benamati, “opening a serious discussion goes far beyond the management of emergencies”.

Rosángela Espinoza to Alejandra Baigorria for giving up EEG: Relax and leave it there