Electoral pool in the City: what number do the four main candidates bet on 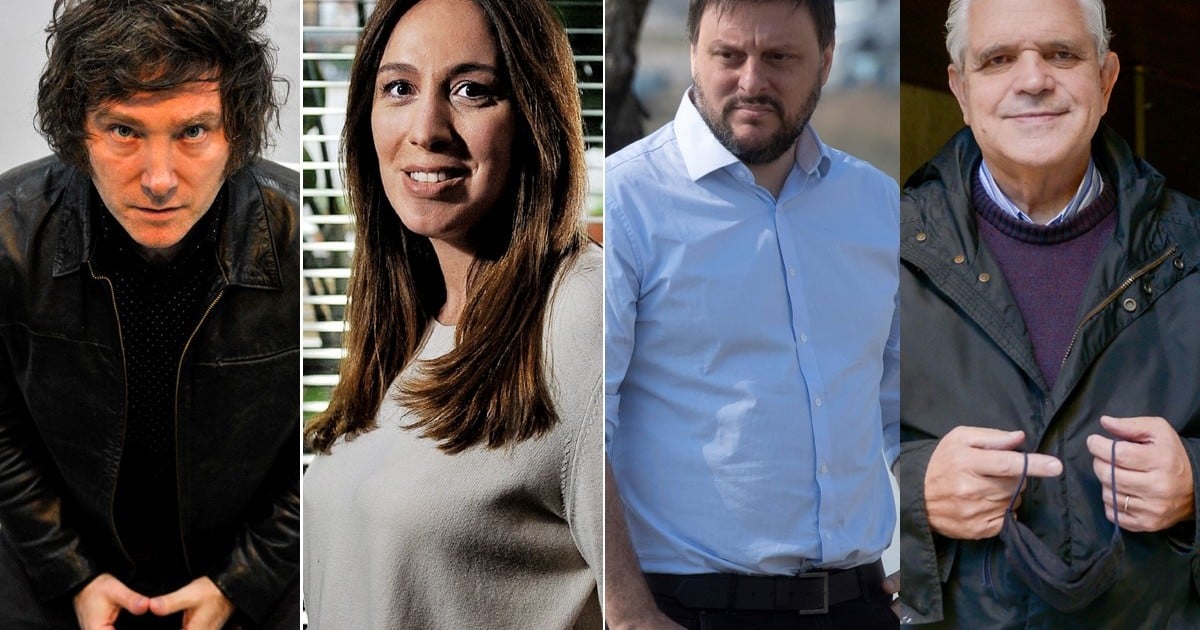 There are four elections within the same election. And each with different objectives. Maria Eugenia Vidal and Ricardo Lopez Murphy on Together for Change; Leandro santoro for him Front of All; and Javier Milei by Freedom Advances have very different objectives in the face of HE PASSED September 12 in the City. In the porteña electoral pool, they point to different numbers; not only thinking about the primaries, but (above all) about how to stand for the final on November 14. And some, even thinking about 2023.

If Vidal was the huge surprise of the 2015 elections, when he broke the Peronist hegemony in the province of Buenos Aires, his objective for these STEP in CABA it is much more modest.

The former governor stretched the decision on her 2021 candidacy until the last minute, refused to return to Buenos Aires territory and finally agreed to Horacio Rodríguez Larreta’s request to partition the rise of Patricia bullrich and to look for a Buenosairean vote that exceeds the hard macrismo.

Mauricio Macri was shown with María Eugenia Vidal, in support of the Buenos Aires candidate.

But precisely because of that openness, based on moderation and a light anti-Kirchnerism, today he would run another risk: that his internal list would miss the pure yellow support. That would explain part of the radicalization of his discourse and even the appearance of Mauricio Macri at his side.

With that somewhat uncomfortable scenario, in Vidal’s bunker they admit (reluctantly) that a 30% in STEP would be a good number. Far out of the 50’s and something he got Elisa Carrió in the intermediate legislative of 2017, but close to what the surveys and enough to win the internal against López Murphy and the radical Adolfo Rubinstein.

The bet will be different, of course, for the general election of 14-N, when the comparison will be made, logically, against that record of Carrió. What’s more, Vidal has an extra challenge, because JxC puts 10 seats of national deputies into play: the eight that had been obtained by the list that then headed the CC leader, plus two from the Martin Lousteau, when he did explicit anti-larretism.

The objective of the candidate who heads the only list of the Frente de Todos is similar for the PASO and the general. “AND…less than 27 sounds bad to me, and 30 and up would be a dream, “whites the applicant himself in private talks.

In most of the polls known so far, Santoro (radical of origin) is approaching this number, which is above the 20 that he got Mariano Recalde in the last intermediate legislative, and below the 33 something that took Matias Lammens in 2019 for head of Government, glued to the Fernández.

Leandro Santoro with Gisella Marziotta, who is second in the Buenos Aires list of the Frente de Todos.

The new candidate K does not hide his ambitions. A good choice 2021 will leave you positioned for your 2023 plan: go through the succession of Larreta, the same place that Lammens aspires to. Internal open between the current legislator and the Minister of Tourism, with no dialogue.

But also, in case of approaching 30% in the general, Santoro may score another cucarda: it would guarantee four benches, one more of the three that puts its space at stake. Summation highly valued for a lower house where the Frente de Todos is not a majority.

Close to the candidate, as in all the ruling party, there is doubts about how the “Olivosgate” scandal will impact. Especially when it was decided that the campaign of the Buenos Aires FdT also had national logic.

With a particular character, López Murphy usually remembers electoral decisions with humor (“all wrong”) that he took after the good performance he had for the 2003 presidential. He did badly in Capital, in Province and again in a presidential one. And for this 2021, where he tries again in the City, doubts had also been generated. But luck seems to play him now in favor.

The economist of radical origin had launched his original candidacy as a republican-liberal representative, outside of Together for Change and with a strong internal competitor: Javier Milei. But when the idea of ​​putting together a great center-right front across the country faded, López Murphy decided to enter the yellow intern.

Ricardo López Murphy with Sandra Pitta. Both aspire to get a seat.

Boot, with Patricia Bullrich still in the race, expectations were relatively low, since (it is assumed) they share electorate. But the movement of the PRO leader put him in an interesting place: on the one hand, within Together for Change, the strongest alliance in the City; on the other, as a magnet for the hard vote macrista, partly disenchanted by Larreta’s decision to lower Bullrich.

Thus, the “Bulldog” started to improve in polls, and today in most surveys it is in double digits. “He is optimistic and because of how the scenario happened, internally he warned that he plays to win. But, realistically, 15% would be more than fine“They admit in their environment. And they even add that if instead of” The pretty girl “come out” La yeta “(13) or” El Borracho “(14), there will also be a celebration.

Those numbers would allow him not only to have a safe entry into the lower house when the lists are unified for November, but also whoever seconded him would enter -Sandra Pitta-.

The libertarian economist has points in common with López Murphy. In some way, he could also benefit from the removal of Bullrich and, in addition to his young audience and refractory to traditional politics, he is targeting the hard macrista voter. That, among other things, explains the drawing of a hawk on the ballot of La Libertad Advances.

“The objective is to get a seat and enter Congress. With 8 points we are. Now if we hit double digits, it would already be spectacular“, the candidate himself acknowledges in privacy. Although he opens the umbrella:” It seems that everything is going well, but we have to see if the moment and if I am the right person to add those votes. “

Javier Milei, in the campaign offices of La Libertad Avanza, the alliance for which he is running in CABA. Photo Maxi Failla.

Today, polls put the economist at an average similar to the goal: 8 points. With enough dispersion: some place it at 5 and others at 12. “It depends on how the consultant asks. People know Javier more than the label for which they are applying,” they explain in their space. For this reason, on the ballot already approved by the Electoral Justice, Milei can be seen with a large photo and your last name in capital letters. An Iraqi-American decision to reduce foreign forces… Has the withdrawal begun?