Electoral poll: for the first time, Together for Change appears above the Front of All in the Province 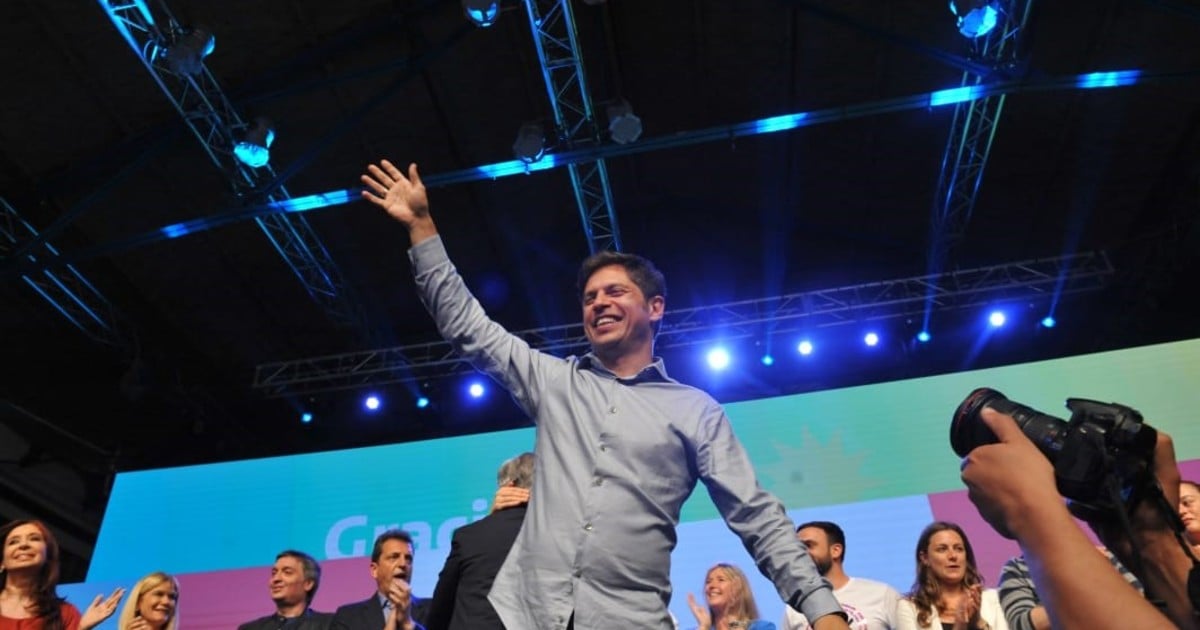 When they ask Maria Eugenia Vidal how an election would turn out today in the province of Buenos Aires, the former governor sums it up like this: “We would lose by about 10 points, I calculate. We would not do it for 15, as in 2019, nor do I think we would win. “Although there are three months until the PASO and she herself did not even decide if she will be (and where) a candidate, the polls that test that fight are accumulating. Clarion agreed to one that brings a surprise: for the first time, it appears Together for Change Above the Front of All.

The study is from Management & Fit (M&F), one of the consulting firms with the longest experience in the world of politics. It measures for different sectors and is currently linked, among others, with the governments of the Cordovan Peronist Juan Schiaretti and the Macrista Buenos Aires Horacio Rodríguez Larreta. In 2019, like the bulk of the pollsters, she was far behind in her presidential forecasts.

At the end of May, M&F conducted a national survey of 2,200 cases, with cuts in 800 in cases in the province and 600 in the City of Buenos Aires. More predictable than the Buenos Aires advantage, in CABA Juntos por el Cambio also appears at the top, with a much wider gap.

The fight in the Province

Before entering the electoral field, the consulting firm is showing results of the image of the leaders and approvals of the managements, which anticipate a present complicated for the government of Axel Kicillof. Any clues?

– 54.9% disapprove of the general management of the Buenos Aires Government, against 34.9% who see it well.

– When asked about the management of the pandemic specifically, the numbers improve but only slightly: + 52.8% and – 43.4%.

– In his own district, he is surpassed by Larreta, Martín Lousteau, Vidal, Alberto Fernández and Patricia Bullrich.

Then yes, the consulting firm gets fully into the electoral chapter. And ask: “This year there are elections to Deputies for the Province from Buenos Aires. Among the following political spaces, Which one would you feel closest to voting for?“. They end up ordered like this:

5th Front of the Left and Workers or other left parties: 2.2%.

More than the number of Together for Change, what is striking is how low the Frente de Todos is coming. In other polls published by Clarín, the ruling party, although narrowly, remains at the top. Always with a high level of undecided. Even in this case.

M&F it also shows results by gender, age and socioeconomic level: there, opposition is stronger among those under 40 and those with greater purchasing power, without great differences between men and women.

The Frente de Todos, meanwhile, achieves its highest figures among those over 40 and those with the lowest economic level. There is not much distance between men and women either.

The analysis of a specialist

Clarion consulted Mariel fornoni, who is in charge of the surveys of Management & Fit, about these striking results. And the analyst warned that it is “very premature” numbers, although anchored in a negative view of the Buenos Aires administration and the main actors of the ruling party there.

“It is very premature, especially in this country, with so much maelstrom, where in a week something happens and you no longer remember what happened before … It is also not known who the candidates will be and how the vaccination evolves.“.

“What I do see is a lot of social moodiness, with Kicillof having very low values for what were the governors historically in the Province. Daniel Scioli did not have an excellent management either and had 60 approval points. Vidal also had 60 points of approval and Kicillof does not reach 40 “.

Diego Santilli and María Eugenia Vidal, in the 2017 PRO bunker. Will anyone lead in the Province? Photo Marcelo Carroll.

“In addition, Cristina’s negative image in the Province is very high. Not as high as Macri’s, but it is very high, taking into account that it is its main bastion. Maximo (Kirchner) does not have a good image either. That is why I see them complicated, unless they put a candidate that can bring together from both sides, (Sergio) Berni style, but it is not well known. “

“I insist anyway with the premature thing, because it is not known whether they are going to intern or they are all going together in both forces. But hey, today you have a 60% of Buenos Aires residents who do not approve of anything from the national or provincial government. And that works against them. How that will crystallize in the votes is still unknown. “