Elections in Peru: Keiko Fujimori, on the verge of a nervous breakdown 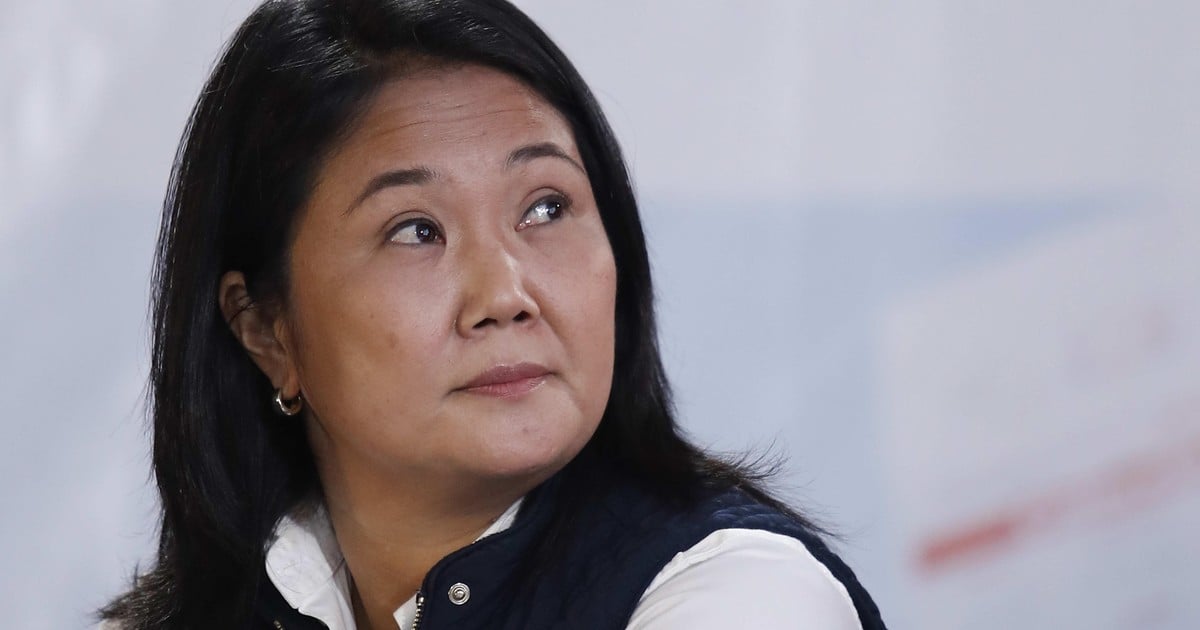 The presidential candidate Keiko Fujimori starred in an amazing transformation in just twenty-four hours. He went through the jumps of joy, tears and hugs that he shared with his family when he heard the urn mouth that gave him a slight advantage, at seven o’clock on Sunday night; to a funereal face, at seven o’clock on Monday night, when he reappeared to denounce “indications of electoral fraud”. A few minutes earlier, the official count had been reversed in favor of his competitor, the leftist Pedro Castillo.

Peruvians recalled that the last time that a scale electoral fraud was registered to change the direction of the vote, was during the presidential elections of 2000, in which Alberto Fujimori launched himself for a third presidential term.

The international observers confirmed that Fujimorism controlled the electoral bodies and that it was thus able to manipulate scrutiny of votes for their benefit, it was also discovered that the regime allocated millions of dollars of public resources to finance the campaign of Keiko Fujimori’s father.

The big difference is that neither the candidate Pedro Castillo, a peasant and rural teacher who does not live in the capital, Lima, but in the impoverished northern province of Chota, nor his party, Peru Libre, of very recent foundation and origin provincial, they do not have sufficient funds as if to mount a vast electoral fraud necessary to fraudulently twist the will of the voters.

But at the press conference, Keiko Fujimori introduced Peru Libre and its competitor Pedro Castillo as an organized machinery to manipulate the electoral records and filter votes marked in their favor.

What is striking is that the Fujimori candidate has not filed a complaint of alleged fraud with the electoral authorities, which is what corresponds, as noted by the former head of the National Office of Electoral Processes (ONPE), Fernando Tuesta.

The Fujimori candidate has not filed a complaint of alleged fraud with the electoral authorities. Photo: AFP

The candidate for the vice-presidency of Peru Libre, Dina Boluarte, dismissed Fujimori’s accusations: “I reject the accusations of Fujimori regarding an alleged electoral fraud. Unlike them, that is not something that characterizes us. Yesterday he mentioned that he would respect the results but today the reality seems to be different.

At seven in the morning of this Tuesday, the ONPE reported that 96.7% of the records processed, Castillo maintains the lead with 50.2% versus 49.7% Fujimori, which represents a difference of 86,875 votes. Whatever the outcome, Castillo and Fujimori will rule a very divided country.

In the event that Pedro Castillo assumes the presidency, he will find a Congress virtually against. Of a total of 130 legislators, Popular Force, Keiko Fujimori’s party, will have 24 representatives, to which must be added the parliamentarians of the political organizations that support the Fujimori candidate: Alliance for Progress (15) and Renovation Popular (13). The opposition to Castillo would add 52 congressmen to 37 from Peru Libre.

The definition of the congressmen of the right-wing Popular Action party, who are 16, will be decisive. The most recent precedent on the performance of this old conservative party is that it received the support of the Fujimori representation to dismiss President Martín Vizcarra, on November 9, 2020, and appoint one of its parliamentarians, Manuel Merino, to replace him.

Due to protests over Acción Popular’s performance, in less than a week Merino had to resign.

In the event that Pedro Castillo assumes the presidency, he will find a Congress virtually against it. Photo: AFP

So it wouldn’t be surprising if Popular Action forms an alliance with Popular Force, so that the opposition to the leftist Castillo would reach 68 congressmen.

In addition, Popular Force and Popular Action share the experience of having dismissed heads of state who disagree with Congress. In 2018, the Fujimori majority removed Pedro Pablo Kuczynski from power; and in 2020, acciopopulistas and fujimoristas were part of the defenestration of Martín Vizcarra. Castillo is much more than warned.

Keiko Fujimori you will also find a very difficult country to govern: of the 25 regions, the national territory won 9. In the other 16, Pedro Castillo won votes even higher than 80%, particularly in very poor areas, deeply affected by the new coronavirus pandemic.

The support of the vote in favor of Keiko Fujimori is in Lima and in coastal regions benefited by economic growth, for which the disadvantaged provinces must be won over, even in some localities their presence, during the presidential campaign, was rejected.

What undoubtedly worries the daughter of former president Alberto Fujimori the most is that she would govern in the middle of the Judicial process for organized crime, money laundering, obstruction of justice and falsehood.

The daughter of former President Alberto Fujimori is who would govern in the middle of the judicial process. Photo: AFP

The Special Team of the Lava Jato case has requested 30 years and 10 months in prison for her for having received US $ 17.3 million of illicit origin for the financing of its 2011 and 2017 campaigns. That amount includes the US $ 1 million that the Brazilian construction company Odebrecht gave it.

Although the trial against him will be suspended during his eventual mandate, the case will continue against her husband, Mark Vito Villanella, for whom the prosecution has required 22 years and 8 months in jail, and also against his main collaborators of Fuerza Popular -who are facing prison orders of 30 to 20 years-, which will disrupt his government.

Winning the presidency will give Keiko Fujimori a five-year respite, but it will not prevent him from facing the courts after his eventual term in 2026. And if he loses, nothing should stop him from being brought to justice.