Elections in Mexico: who is Samuel García, the ‘viral’ candidate elected governor 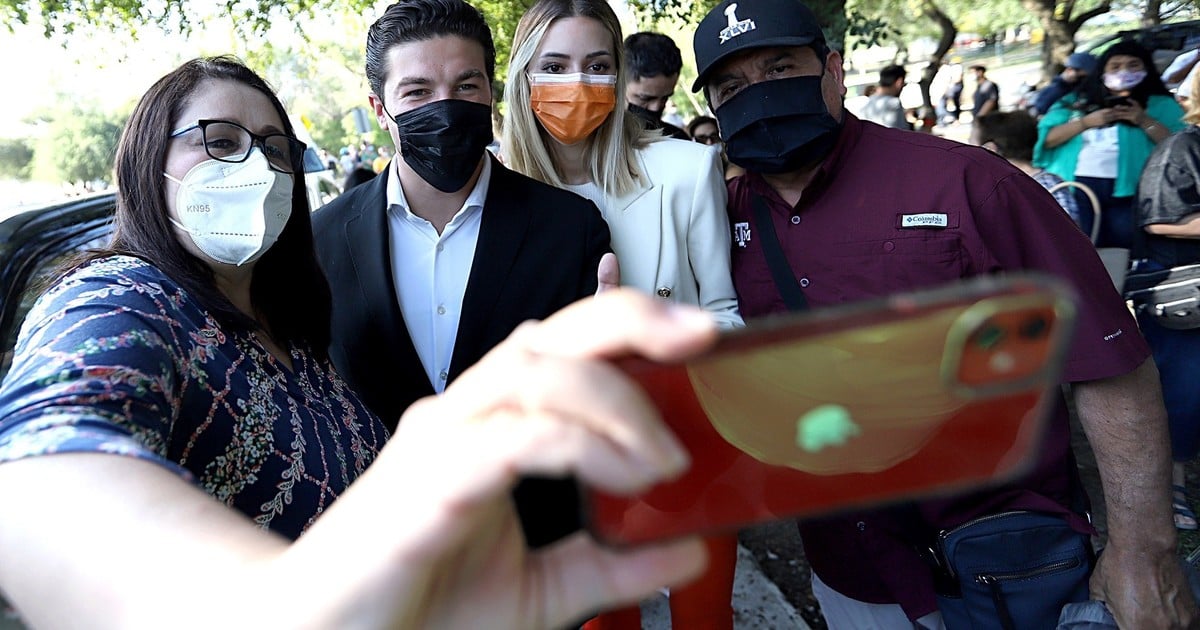 In August 2020, the then senator for the state of Nuevo León, in Mexico, Samuel García, was the target of criticism on social networks for challenging his wife, the influencer Mariana Rodríguez, for partially show one leg in a broadcast on Instagram.

“Lower your leg! Don’t go around showing your leg! I married you for me, not for you to be teaching, ” García snapped to his wife in the video transmitted by Rodríguez’s account, which has 1.6 million followers.

The episode was rated as misogynist by feminist groups and unleashed a wave of criticism against García that forced the lawyer, who began his career in politics as a deputy in the state Congress in 2015, to apologize to his wife in another video.

Despite this and other controversies in the networks, García, 33, candidate for governor of Nuevo León for the small party Movimiento Ciudadano (MC), won a victory in the June 6 elections in which the Chamber of Deputies at the federal level and 15 governorates were renewed.

According to official figures, García he won the governorship with 36.68% of the votes, nine percentage points more than his immediate rival, Adrián de la Garza, from a coalition made up of the Institutional Revolutionary (PRI) and the Democratic Revolution (PRD) parties.

Paradoxically, the two most voted are investigated by the Attorney General’s Office for different crimes and, in García’s case, the investigation includes his father, his wife and his father-in-law for alleged illegal financing of the campaign.

Analysts maintain that, in contrast to the results at the national level where the ruling party Movimiento Regeneración Nacional (Morena) is ahead in at least 11 governorates, the electorate of Nuevo León opted for a popular candidate on social media oblivious to the traditional parties and who offered to be a counterweight to the government of Andrés Manuel López Obrador.

“I voted for Samuel because he is young and he offered to provide security. And I wanted to send a message to the presidentI think he has done everything wrong, how he has handled the pandemic crisis, I am not happy with him for so many deaths, missing women, there is so much insecurity, ” said Yesenia Aguilar, 40, during an event organized by García in the iconic Macroplaza of the city of Monterrey, the capital of Nuevo León.

Although the polls initially showed Morena’s candidate, Clara Luz Flores, as a favorite, her popularity fell after De la Garza revealed a video of a lengthy conversation between her and Keith Raniere, the convicted leader of the NXVIM sect, later that in an interview Flores she had denied knowing him.

At an analysis table on the June 6 results broadcast by the Latinus news site, analyst Denise Dresser warned that García’s case is part of a global trend in which voters are leaning towards applicants who use social media to attract the electorate.

“Now they are coming to politics those that are entertainment factor, those who manage the networks, those who dance, those who sing. It is not only a Mexican phenomenon, throughout the world, it is a degradation of politics to become something else, which is the spectacle, ” said Dresser.

However, Juan Manuel Ramos, director of Redes Quinto Poder, a civil association dedicated to promoting government transparency in Nuevo León, opined that García’s success at the polls is not only due to social networks but to its critical role towards the administration outgoing Governor Jaime Rodríguez, “El Bronco”, and the López Obrador government.

Ramos indicated that García and other candidates spent large sums of money on the dissemination of ads on Facebook. The Associated Press corroborated in the public transparency section of the candidate’s page, that he has spent more than 7.7 million pesos, about $ 388,000, in ads between August 2020 and June 5.

“Yes, he is an influencer, I follow him on Facebook and so I learned about him in the campaigns. I liked his proposals and he also opposed the traditional politicians who have ruled here before and proposed to get money for Nuevo León from the federal government, ” 24-year-old Fernando Gutiérrez told AP in the Macroplaza.

Ramos pointed out that, although García implemented an effective strategy in the networks and as a legislator he served as a “good opponent,” this does not necessarily guarantee performing well at the state and federal level.

“Hopefully I am wrong, but when you are in opposition, it is very easy because you can blame everyone and you are not responsible for doing absolutely nothing. When you are a government it is different, ” he said.