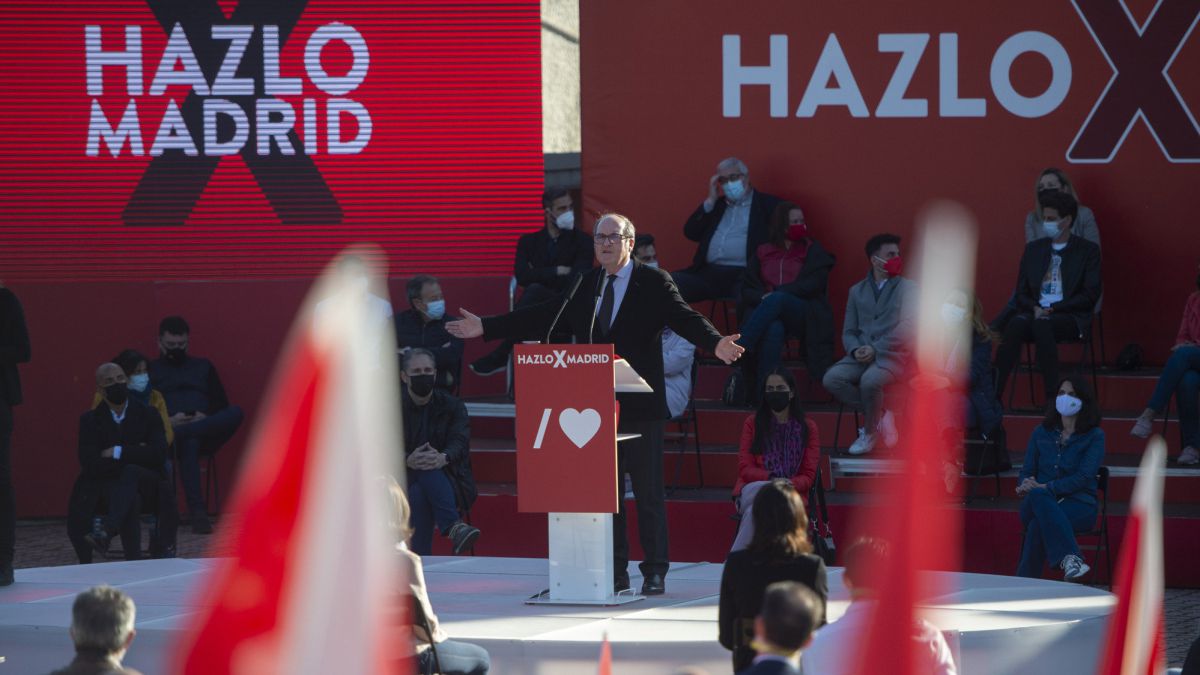 EXCEED THOUSAND VOTES IN THE 2019 ELECTIONS

Laura Duarte Domínguez, national leader since September 2019, will be the head of the list of this formation that is defined as the voice of animals. Born in Vigo in 1986 and with a degree in Journalism from the Juan Carlos I University, Duarte already topped the party’s list in 2019, achieving 0.76% of the votes (24,446 votes).

María Belén Blanco Rubio heads the list of this party born in 2004 and whose founding principles are the eradication of poverty and the fight against inequality in the world. 46 years old and with a degree in Geography and History and in Religious Sciences, she is currently the pedagogical manager of 20 schools throughout Spain. In the 2019 elections, the list then headed by Antonio Arturo Sieira achieved 0.10% of the votes (3,178 votes).

It is headed by Alberto Sánchez Colomo, regional political secretary and president of the Manzanares – Casa de Campo Neighborhood Association. This Physical Education teacher will try to have ‘the voice of the working class’ represented for the first time in the Assembly with a political option whose campaign slogan is ‘Communism is freedom’. In the last elections, with the list led by Hugo Carrasco González, the formation reached 0.08% of the votes (2,610 votes).

The far-right candidacy will have Manuel Andrino Lobo, national head of La Falange and pending execution of a sentence for his participation in the assault on the Blanquerna Cultural Center, headquarters of the Catalan Generalitat in Madrid, as ‘number one’ on its list. In the last elections, the list then headed by the national head of FE de las JONS, Norberto Pico, obtained 0.07% of the votes (2,217 votes).

This coalition formed by progressive, green and municipalist organizations will lead the list to Sara Montero, a 36-year-old from Madrid and of Extremadura origins. This journalist and Correos worker heads a list that has candidates from more than 30 organizations united for the redistribution of wealth. In the last elections, the Castilian Party-Tierra Comunera list concurred alone, garnering 0.06% of the votes (1,794 votes).

The head of the list will be Eva María Ubago Castro, general secretary of training at the national level. Founded in 1984, this party seeks the transformation and social overcoming of violence that, in its different forms, “generates suffering and contradiction in individuals and peoples.” In the 2019 elections, the list then headed by Pedro Pablo Marín Hernández, with Eva Ubago in second place, achieved 0.05% of the votes (1,727 votes).

Born in 2009 as the Party of Individual Freedom, it advocates the freedom of the person as a supreme value and, in this sense, it defends that the spontaneous order of society and the economy is superior to any form of state organization and planning. The party’s regional coordinator, Gloria Rodríguez González, a 39-year-old programmer, repeats as head of the list. In the 2019 elections, he obtained 0.04% of the votes (1,246 votes).