Elections in France: Far Right Runs Out of Regional Governments 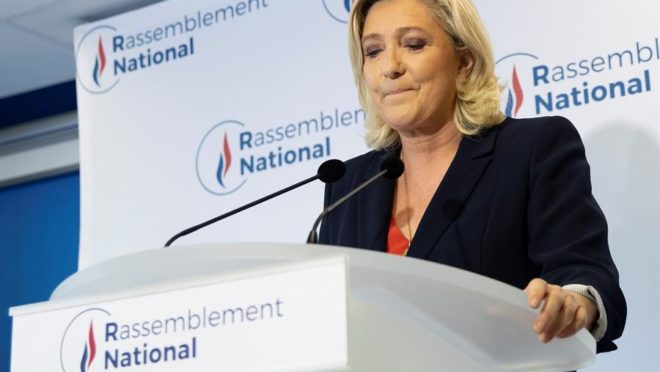 0
SHARES
0
VIEWS
Share on FacebookShare on Twitter
The National Regroup, led by Marine Le Pen, was defeated in elections in Provence-Alpes-Côte d’Azur, a region of France whose capital is Marseilles.| Photo: Ian Langsdon/EFE

The far-right National Regroupment party, led by Marine Le Pen, was defeated at the polls this Sunday (27), failing to achieve a regional government in France for the first time. The party, which had already fallen behind in 12 other regions of the country, lost in the second round of elections in Provence-Alpes-Côte d’Azur, whose capital is Marseilles. In a partial count, the traditional conversationalist Renaud Muselier won 60.32% of the vote, against 39.68 for the ultra-right candidacy, led by Thierry Mariani. The vote registered a high level of abstention, exceeding 60%, repeating a trend seen in the first visit to the polls.

“You responded to the threat of the far right,” Muselier proclaimed when he announced his victory, in a public address in which he also thanked the joint candidacy of the left and the greens, which withdrew from the election to support the center-right. “The logic of unity won,” he praised. Muselier also acknowledged the support of all members of the European Parliament, except those on the far right, who had asked to vote for his candidacy.

In the first round, the National Regroupment won first place in Provence-Alpes-Côte d’Azur, with 36.38% of the votes, while Muselier’s candidacy came in second, with 31.91%.