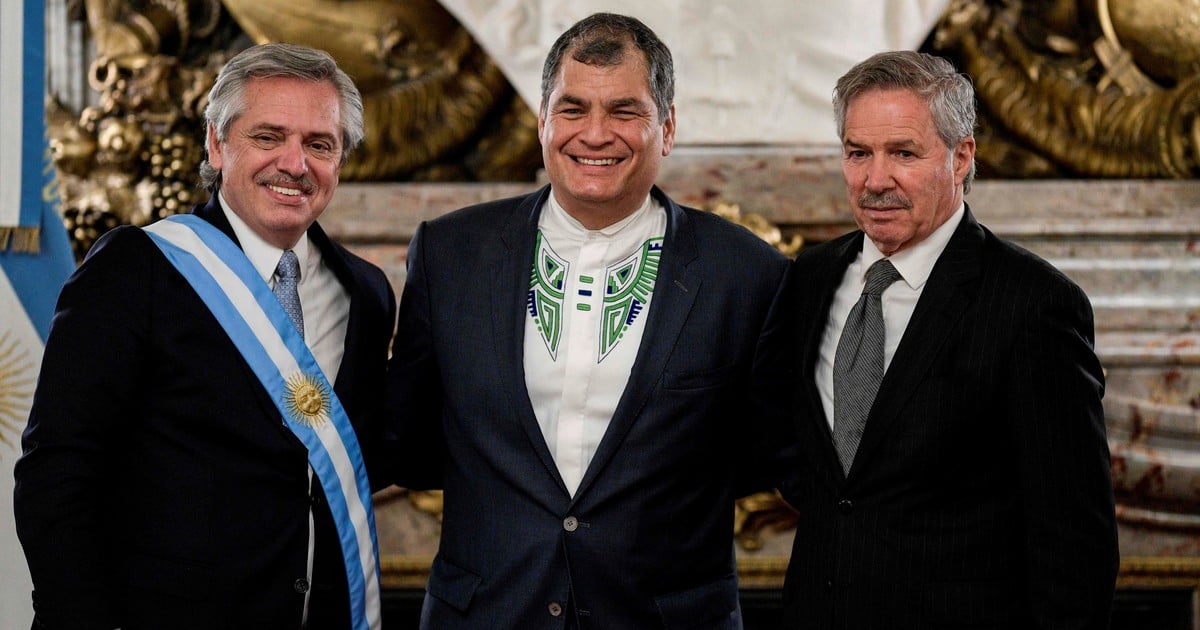 Rafael Correa is omnipresent in this Sunday’s elections in Ecuador, despite not being a candidate. The former Ecuadorian president (2007-2017), sentenced in absentia to eight years in prison for corruption, lives as a refugee in Belgium and accuses the justice of his country of persecuting him politically by order of the current president, Lenín Moreno, who was his dolphin. Correa is in Mexico for days from where he responds via Zoom and from where he will continue the election day.

Its candidate, the progressive Andrés Arauz, is the favorite in the elections.

Nobody disputes who is going to win, all polls without exception give Andrés Arauz the winner. The discussion is who is second, if (the conservative banker) Guillermo Lasso or (the indigenista) Yaku Pérez, with how much difference and if we win in a single round or not. I think there is an 80% chance of winning in a single lap. And hopefully so because a president-elect can stop the robbery that this government is doing in its last months, can now look for vaccines to vaccinate our people and start looking for financing to overcome the worst economic crisis in the history of the country.

If Arauz won, what role would you play in his government? Would you return to Ecuador?

The electoral victory does not solve the legal problem, but neither is it my intention to return. Andrés has very kindly said that he would like to have me as a consultant, you can advise via the Internet, because my life plan in principle is to continue living in Belgium where my family also lives.

Andrés Arauz, the candidate to win the elections in Ecuador. Photo: Reuter

In recent days, the confrontation he has with President Lenín Moreno has intensified. You have called him “garbage” after you linked him with the extinct Colombian guerrilla of the FARC. This tension, in a polarized Ecuadorian politics, doesn’t it cause that there are as many undecided as the polls indicate?

I am not facing Lenín Moreno, I am facing his corruption, the destruction he has done to the country. If he accuses me of having a link with the FARC, let him prove it and, finally, when they accused us of that he was vice president, why didn’t he say so at that time. Lenín Moreno’s hypocrisy and his lies are evident. We are facing a pathological liar. It outrages the hypocrisy of the press and the international community to want to put this as a simple dispute. Confrontation? It is the worst betrayal in the history of the country, it has broken the country. Here there is no confrontation with someone like Lenín Moreno, who is in the dustbin of history, they will see the results of the elections.

What happened between you and Lenín Moreno?

Again you are reducing the greatest treason in Ecuadorian history. But it’s not that it’s me. He won our government program at the polls and threw it in the trash, he opted for neoliberalism. The criminal persecution against what they call correistas would not have been possible in a civilized country either, and it has been possible in Ecuador because of the obscene complicity of the press. But what happened? We have a madman, Moreno is insane. Stop thinking and suggest that it is a fight between two people, they are much deeper things.

How do you evaluate Moreno’s presidency in these four years?

All destroyed. We leave a growing economy. In 2017 we grew by 2.4% and now we are going to decrease by 11%. Absolute poverty tripled, we were once again a highly unequal country and backward in all fundamental rights, in all public services.

How has the government managed the pandemic? What did you feel when you saw the images of corpses in the streets of Guayaquil?

They said that those videos were fake news from the correistas! The response to the pandemic can only be classified as criminal negligence. Since it was known that there was the new virus in Wuhan, we had to take precautions. Supply us with tests, tests … They did nothing. Then increase intensive care beds, get respirators… They did nothing. On the contrary, the agreement with Cuba ended and 400 Cuban doctors returned to Cuba in December 2019, including 74 specialists in epidemics.

You were president in a context of left-wing Latin American governments. Then the continent underwent a turn to the right, which now seems to be falling apart again. To what do you attribute this ideological pendulum?

Raw materials collapsed, including the price of oil, and all of Latin America, especially South America, which exports commodities, had economic difficulties. That was the advantage of the press, which in Latin America is the instrument of the elites to maintain the status quo, to maintain their privileges, to say that it had been a failure of our policies. Taking advantage of this, the coup in Brazil took place: the world looked the other way. Or was it not a coup d’état that occurred against Dilma (Rousseff)? In 2015 Argentina is lost, but strictly speaking it is not lost against (Mauricio) Macri: (Daniel) Scioli loses against Clarín, the adversary is the bourgeois press. Then there is the Ecuadorian betrayal: we won the elections, we lost power; those who lost the elections won power because of Moreno’s betrayal.

Don’t you consider Chavismo a regime that violates human rights? This is even stated by the UN High Commissioner for Human Rights, Michelle Bachelet, a socialist with whom you had very good relations as president when you were president of Chile.

Michelle Bachelet, whom I hold dear, can also be wrong. Just in case, I visited Venezuela with José Luis Rodríguez, ask him. They are self-fulfilling prophecies. They block Venezuela, they make it have a shortage of fuel, a shortage of medicines, a shortage of food … so if there are protests they have to control the protests and there is the repression. It’s the usual hypocrisy. Venezuela is blocked. Venezuela has a war economy. That is the true attack on human rights, on the rule of law. Lift the blockade and we can talk whatever you want.

What is your current situation in court?

I have 39 judicial investigations, I have a prison order for an alleged kidnapping and the last thing was the sentence in the cassation phase that they resolved in 17 working days. It’s a big hoax. Belgium has never given way to extradition despite enormous pressure from the Ecuadorian government. The judges have prevaricated, there is political persecution. 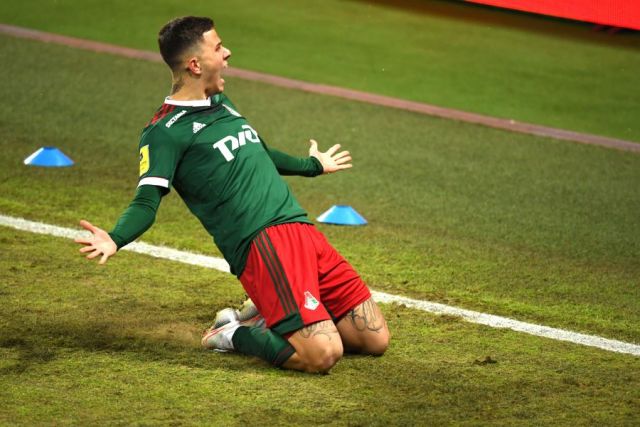 Sochi and Lokomotiv won victories in the RPL round 20 matches

Missing in the district of Göttingen: Who saw Anna Maria? Police ask for clues 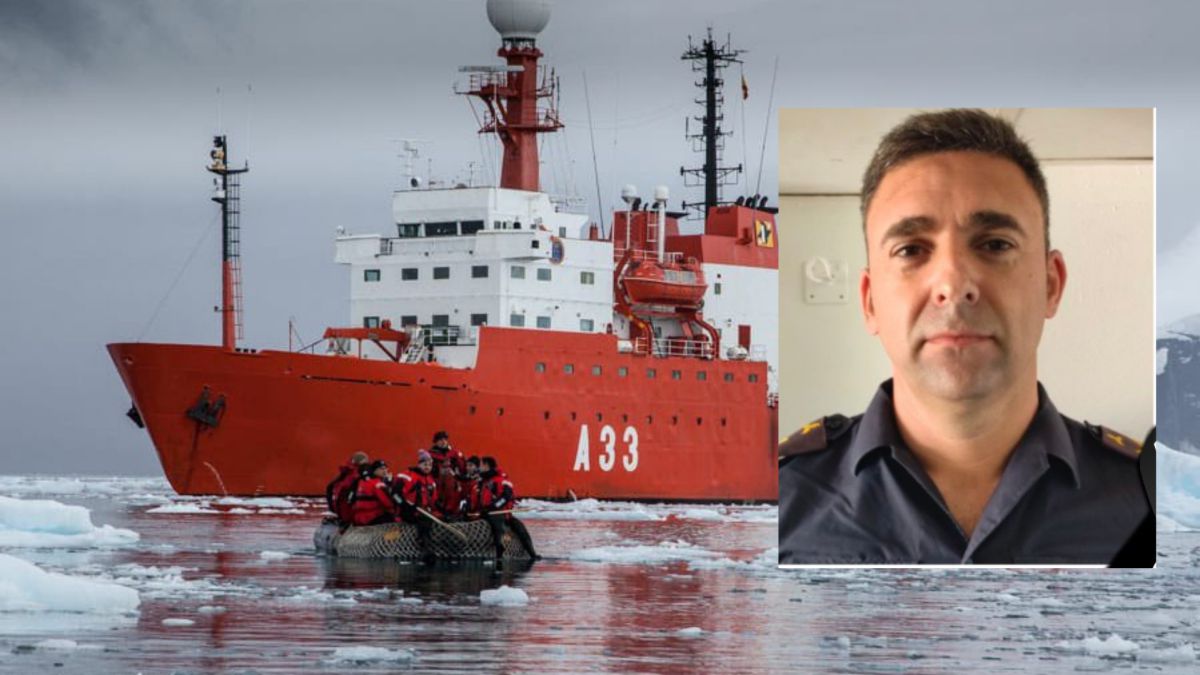 Full dependence on Washington .. is it over?

On “Years of the Arabs” on Sky News Arabia

Gerardo Morales criticized Tristán Bauer’s ‘surprise’ visit to Jujuy: ‘Those who do not overcome the crack should go to the psychologist’