Elections 2021: what is voted in Santa Fe 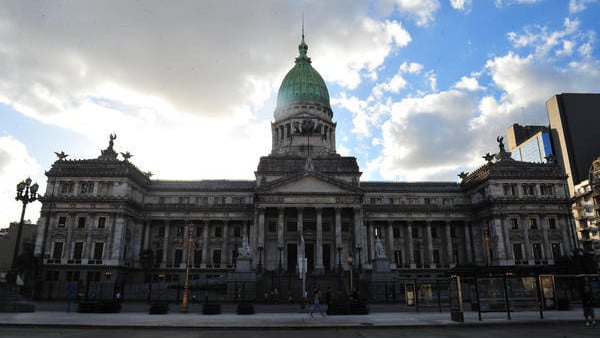 The 2021 midterm elections will be key in Santa Fe, because the renewal of half of its legislative endowments in the National Congress will be put into play, in addition to a large number of local positions in the province, which includes from mayors to community representatives.

The Front of All (FdT), Together for Change (JxC), the Broad Progressive Front (FAP) and the Workers’ Left Front-Unity (FIT-U) did not reach agreements and will dispute internally. Santa Fe will have to elect nine deputies and three national senators, 14 mayors, 210 councilors, 306 communal presidents and 1,214 members of the communes.

On the seinetwo seats are at stake for the FdT, for Roberto Mirabella and María de los Ángeles Sacnun, and the one that belonged to Carlos Reutemann (Federal Peronism) and remained in the power of María Alejandra Vucasovich after the death of the former Formula 1 driver.

Governor Omar Perotti with his candidates for senators and deputies. Alejandra Rodenas, his vice, goes on the list that competes with hers.

There will be two appointments that the Santa Fe will have with the ballot boxes: on September 12, with the completion of the Open, Simultaneous and Mandatory Primaries (PASO), and on November 14, when the general elections for the consecration of the new legislators will take place.

At Senate 24 benches will be up for grabs: 15 from the Frente de Todos, 8 from Juntos por el Cambio and the Federal Interbloque, which was from Reutemann.

What is voted in Santa Fe

Agustín Rossi and Marcelo Lewandowski, candidates for senators of the Frente de Todos for Santa Fe.

Santa Fe is the third district with the largest number of voters in the country, with 2,768,525 people qualified to vote and 8.06 percent of the total, only surpassed by the provinces of Buenos Aires (37%) and Córdoba (8.69%).

In the FdT two lists were made official, of which one will be headed by the departmental senator Marcelo lewandowski and the national senator Maria de los Angeles Sacnun as candidates for senators; and the other by the Minister of Defense of the Nation, Agustin Rossi and the vice-governor of Santa Fe, Alejandra Rodenas.

The payrolls for national deputies will be made up of the leader of the Evita Movement Eduardo Toniolli, at the top of Rossi’s list; and by the national senator and right hand of the governor Omar Perotti, Roberto Mirabella.

Eduardo Toniolli and Roberto Mirabella, pre-candidates of deputies from the Frente de Todos in Santa Fe.

While, in JxC there will be four lists in competition. One of them includes the former mayor of Santa Fe Jose Corral as the first candidate for senator and the councilor of Rosario Rodrigo Lopez Molina, belonging to the PRO space, as first deputy, seconded by the national deputy (Civic Coalition) Lucila Lehmann.

The provincial deputy for the PRO Federico Angelini will be the first candidate for national senator of another of the lists, followed by the media provincial deputy (Vida) Amalia granata and the national deputies of the PRO, Luciano laspina and Gisela scaglia, as pre-candidates to renew their seats.

In the following list, the journalist was registered Carolina Losada as first senator and mayor of Avellaneda (UCR) Dionisio Scarín as second, while as the first candidate for deputy will be the former mayor of Santa Fe Mario barletta, followed by Rosario councilor (PRO) Germana Figueroa Casas.

Finally, the fourth list will be made up of the provincial deputy and former local security minister, Maximiliano pullaro, as the first senator, the secretary of the municipal Treasury of Santa Fe, Carolina Piedrabuena, and the first candidate for deputy will be Gabriel Chumpitaz (Provincial deputy for the PRO).

For its part, in the FAP there will be two lists in competition: one will have as pre-candidates senators the provincial deputy Ruben Giustiniani already Maria Eugenia Schmuck (UCR), while in the list of national deputies it is headed Fabian Palo Oliver, followed by Carina gerlero.

That list will compete against that of the candidates for national senators, Clara Garcia, provincial deputy Civic and Social Progressive Front, wife of the late Miguel Lifschitz; and the senator from Santa Fe Paco Garibaldi.

On the list of candidates for national deputies are the two-time mayor of Rosario and president of the Socialist Party at the national level, Monica fein, together with the former Minister of Economy of Santa Fe, Gonzalo saglione.

Rodrigo López Molina, Luciano Laspina, Mario Barletta and Gabriel Chumpitaz, pre-candidates for deputies of Together for Change in Santa Fe.

The Left Front of Workers-Unity will also face internal. The senatorial candidate lists are headed by Irene Gamboa and Fernanda Gutierrez, while in the compulse by deputies appear Carla deiana and Jimena Sosa.