Elections 2021: what is voted in Entre Ríos 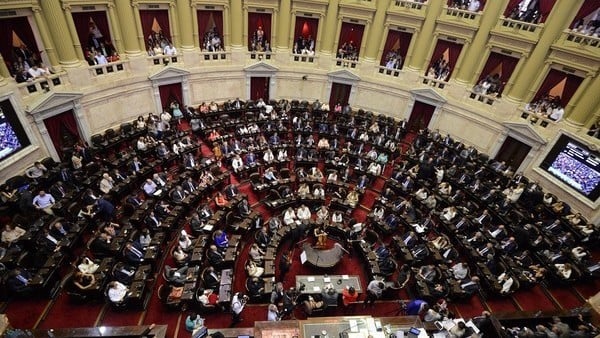 Entre Ríos will vote in the 2021 midterm elections for the renewal of five seats in the Chamber of Deputies of the Nation, with a scenario that will have the ruling party united and Together for Change facing an internal that has the former Minister of the Interior Rogelio Frigerio as the main figure.

There will be two appointments that entrerrianos will have with the ballot boxes: on September 12, with the completion of the Open, Simultaneous and Mandatory Primaries (PASO), and on November 14, when the general elections for the consecration of the new legislators will take place.

These dates were modified by law after an agreement between the different political forces, which took into account the exceptionality of the health emergency generated by the pandemic of coronavirus and they postponed the elections that were originally scheduled for August 8 (PASO) and October 24 (general).

Rogelio Frigerio will seek to reach the Chamber of Deputies.

At Senate 24 benches will be put into play: there are 15 of the Front of All, 8 of Together for the Change and one of the Federal Interblock, which was in the hands of María Alejandra Vucasovich, replacement of the late Carlos Reutemann.

What is voted in Entre Ríos

In the two rounds of national elections there are a registry of 34,330,557 citizens, according to data published by the National Electoral Chamber (CNE). That number represents an increase of 7.06% compared to the voters in 2019, which at that time were 32,064,323 citizens able to vote.

Between rivers It has a registry of 1,112,939 voters, which represents 3.24% of the country. The province of Buenos Aires continues to be the district with the largest electoral volume: with its 12,704,518 voters, it accounts for 37%.

In the Mesopotamian province, the number of tables in schools was separated and there will be a total of 3,355, divided into 661 educational establishments. It means about 97 more schools compared to 2019.

Enrique Cresto, mayor of Concordia in use of license, will be a pre-candidate of the Frente de Todos.

Frente de Todos will go with a unit list at STEP, which has the endorsement of Governor Gustavo Bordet and Kirchnerism nationwide. It will be headed by the mayor of Concordia in use of license, Enrique Tomás Cresto, who is the current head of the National Water Works Sanitation Agency (Enohsa).

Cresto will be seconded by the current national deputy Carolina Gaillard, which will go in second place; and the camper leader Tomás Ledesma, who was third on the payroll.

The scenario is different in Together for Change, which will have three competing lists. Rogelio Frigerio will go for a bench for Together, with the integration of radical candidates, including those contributed by Senator Martín Lousteau.

In the opposite sidewalk are the leaders of the list Between Rivers Changes with the mayor of Chajarí, Pedro Galimberti, as the first candidate and a closer integration to the PRO.

The list of Together for Entre Ríos (Entre Ríos Changes), headed by Pedro Galimberti.

The Workers’ Left Front-Unity will go to the PASO with Nadia Burgos as the first candidate for national deputy. At Socialist Party The Podemos Entre Ríos list was registered, headed by the party’s president, Juan Manuel Rossi.

The provincial deputy Lucía Varisco heads the list called Forward Between Rivers to compete in the PASO outside the Radical Civic Union. The People’s Conservative Party and the NOS match They presented their electoral proposal, headed by the candidate for national deputy Miriam Muller.