Elections 2021: Mauricio Macri went with Diego Santilli to the Conurbano and they beat the Government for the boys who left school 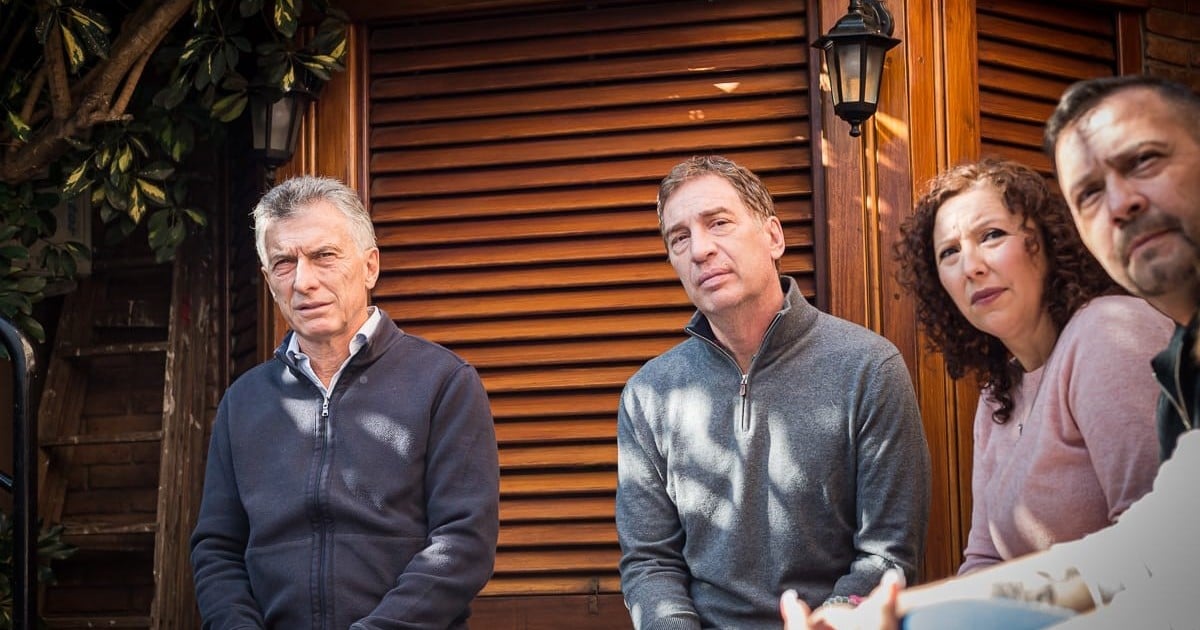 From the attempt to “retire” him from a PRO sector to campaign in the Buenos Aires suburbs. Mauricio Macri had participated in an activity with María Eugenia Vidal in the City and this Sunday he gave one more step in his role in the preliminary of the primaries with a photo with Diego Santilli in Tres Febrero. Until a few days ago, a good part of the space strategists almost ruled out that the former president appeared in Greater Buenos Aires, due to his high level of negative image and with the purpose of not facilitating the intention of the Frente de Todos to raise him to the electoral discussion .

As with Vidal, the setting for Macri’s entry into the campaign in the country’s main district was a meeting with parents who complained about face-to-face classes -Teachers and students also attended-, this time in the suburban municipality governed by Diego Valenzuela. The place was kept in strict secrecy, to avoid unexpected concurrences and possible tensions -as with the activities in the last stage of his presidency-, and there was no access to the press.

It was the second electoral key presence after his return from Europe, with a agreed schedule of appearances with Horacio Rodríguez Larreta and in coordination with Patricia Bullrich, the PRO head involved in the campaign in the interior. “They wanted to retire him and now we have calls from the 24 provinces. Some look for the famous middle third, but for the PASO the vote of Mauricio is decisive”, Said the leaders closest to Macri on the change of scenery three weeks before the primaries.

In search of the hard vote

With the participation of former president Santilli will seek consolidate the hard vote of the PRO in its dispute in the province against the list headed by Facundo Manes, and contain eventual leaks to other options such as José Luis Espert’s ballot. Macri had landed with the same purpose in the City, before the growth of Ricardo López Murphy on the inside and the alternative of Javier Milei on the outside.

Even when Rodríguez Larreta insists on the need to overcome the screaming call, the risk of losing votes to the right and the scandal over Fabiola Yáñez’s birthday celebration at Quinta de Olivos they diluted in the last days the differences of speech between hard and moderate. At the same time, the Frente de Todos promoted the strategy of remitting Macri as part of the attempt to leave behind Alberto Fernández’s failure to comply with the isolation measures.

“We continue with many towns in the province of Buenos Aires without face-to-face classes or under bimodal schemes. Presence is vital. The province has enormous difficulties in terms of connectivity. Full presence must urgently return, complying with the corresponding protocols, but with the classrooms open every week, from morning to afternoon, “said Macri at the meeting in Barrio Jardín, on Tres de Febrero, which was also attended by Hernán Lombardi. The former president also questioned the suspension of the Aprender tests.

“It is very painful to hear the damage that the eternal quarantine imposed by the Government did to the children, to the families and to all of us. For that pain to be useful, we have to use it as a great learning: We can never let someone run over our freedoms again“Macri added on social media.

“The first thing we have to do is go find the kids who dropped out of school. We propose that there be a law for that the State account for the boys who dropped out of school and explain how it is going to look for them so that they return to the classrooms. There are 500,000 children who have to reintegrate into the educational system, ”said Santilli, and ratified the proposal for a law on Compulsory Educational Evaluation.

The prominence of Macri will have an effect on the intern of Juntos. “We are part of the opposition coalition. Macri is part of the PRO, Facundo is not. The differences make the space richer. We are interested that there is no single option and that it does not necessarily refer to the past”Said a trusted Manes leader this Sunday.

The neurologist will target mainly the electorate of the center, with a “broad and popular center” orientation in his words and with distance from Macri’s management. “There is a crack that brutalizes us and impoverishes us. They all failed, no one can throw the first stone. What is brewing here is a way out from above ”, Manes told Clarion during a tour of La Matanza.

Macri plans to continue campaigning to support the lists headed by Federico Angelini and Luciano Laspina in Santa Fe, and those of Mario Negri and Gustavo Santos in Cordova. He also prepares appearances for the interior of Buenos Aires, possibly in Tandil and Junín, to attract the vote of the field and prop up Santilli in the area most favorable to Manes.