Elections 2021: last negotiations and pulls to define the opposition candidates 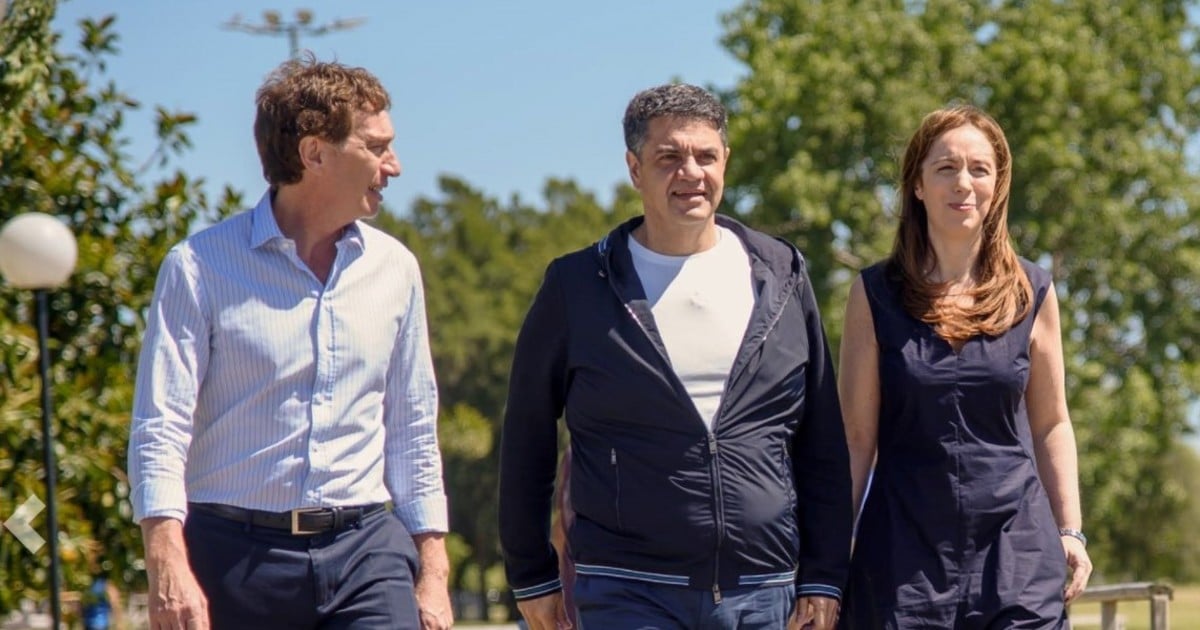 19 days after the deadline for the presentation of lists of candidates for the STEP and under a tug of war weatherIn Together for Change, the last negotiations began for who heads the ballot of the opposition alliance in the strategic province of Buenos Aires. The UCR, together with sectors of the PRO, argue that after Patricia Bullrich’s decision to lower her application in the City, Horacio Rodríguez Larreta should stop insisting on the candidacy of Diego Santilli.

But the Buenos Aires head of government dismisses, at least for the moment, reviewing that decision as a “gesture” in the face of internal pressure and radicalism. The request came from both sectors of the PRO and the allies of the UCR, with a similar argument. If Rodríguez Larreta managed to impose his determination on the territory he governs, an agreement with a list of “unity” behind the candidacy of Facundo Manes could prevent a competition that leaves injuries in the country’s main electoral dispute, according to that reasoning.

Of course, radicalism ignites that scheme, and for Jorge Macri it would function as an outlet to fulfill his purpose of stop the landing of Santilli in Buenos Aires. Both the mayor of Vicente López and the vice-mayor of Buenos Aires aspire to succeed Axel Kicillof.

Rodriguez Larreta rejects the possibility of backtracking with its strategy in the province. “Why would we do that? It would be awkward. He was never in doubt that, after María Eugenia (Vidal), Diego is the best candidate ”, ruled out a member of his small table. “We have already made the gesture and we will do it in the City,” he reinforced that position, alluding to the agreement with Bullrich that includes places on the lists (one or two national deputies “enterable” in Capital, others in Buenos Aires) and a role national of the holder of the PRO in the definitions and in the campaign.

Facundo Manes confirmed his candidacy for the UCR for the next elections in the province of Buenos Aires. Photo Lucia Merle

Rodríguez Larreta and Bullrich released a photo together on Sunday to confirm it.

There are just under three weeks until the closing of lists, although the intention will be to define the panorama of Together for Change in the main district of the country in the next ten days. Negotiations have already started, amidst cross pressure. “Now we have to define the province, order our electoral offer as PRO,” a Rodríguez Larreta official involved in the Buenos Aires armed group demanded by way of demand. What would the gesture be? Go with Manes? That would be giving the province to radicalism ”, it worked as Santilli’s argument in talks in which he heard the request for an agreement to go after the neuroscientist.

Rodríguez Larreta met twice with Jorge Macri and they will continue talking these days. One of the proposals is to reserve for a leader of the mayor of Vicente López the first box for senator for the First Section, with the perspective of presiding over the block and being an authority in the Buenos Aires Legislature.

“Jorge keep your posture to face Santilli in the PASO. The candidacy of Manes could be a solution “, they raised near the communal chief, and they redoubled the demand after Bullrich’s movement:” Once the City has been solved, now it is Horacio’s turn to make a gesture and retrace the path that led him to disrupt politics Together for Change in the province ”.

Santilli already moves practically as a candidate, since Rodríguez Larreta and Vidal left their path largely paved with the support of PRO mayors: Néstor Grindetti, Diego Valenzuela, Julio Garro, Guillermo Montenegro and Héctor Gay. The Buenos Aires deputy chief will be shown tomorrow in Avellaneda with leaders of the Third Section gathered in Make, the group of non-Kirchnerist Peronists brought together by Grindetti and Diego Kravetz.

“Nothing should be ruled out. Not one unit list, not two, not three. In the province there may be competition ”, another of the PRO’s referents opened the scene. Even so, from the outset the larretistas reject an agreement with Manes in the first place on the ballot. “They made a mistake when presenting him with an epic that leaves him as the candidate of radicalism, not of all,” sounded like an objection at the headquarters of Uspallata. There they prepare to face a “civilized primary” and work to put together a “competitive list” with Graciela Ocaña, Emilio Monzó and leaders of the Civic Coalition, such as Maricel Etchecoin.

Elisa Carrió announced that she will not be a candidate – she intended to go first and argued that with inmates the “sacrifice would be useless” – although she joined Rodríguez Larreta’s side: she raised Santilli and questioned Manes. The radicals attributed it to an agreement to preserve the legislators: “Horacio is the only one who guarantees him places in the Capital and Province.”

“We are going to try to accumulate as much as possible behind Facundo’s candidacy,” they assured the UCR, with a letter of pressure to negotiate: the Buenos Aires Convention empowered the table headed by Maximiliano Abad, head of the Province Committee, to implement the agreements or, if they are not reached, to be presented separately.

“There must be reciprocity. In 2015 and 2017 we contributed to win. Now, if we compete, let it be clear that it is by a whim of Larreta, ”insisted the promoters of Manes’s nomination, who will seek to agree with Margarita Stolbizer, the Peronist Joaquín De La Torre and, like Santilli, also with Monzó.

The UCR in turn has earring the resolution of your internal. Gustavo Posse maintains his decision to go to PASO. “I haven’t seen Facundo for two years. At some point we will have a meeting, without photographers. He has to have experience in politics ”, pointed out the mayor of San Isidro, who has already installed posters with his candidacy at the accesses to the Capital, routes and capital cities of the province. 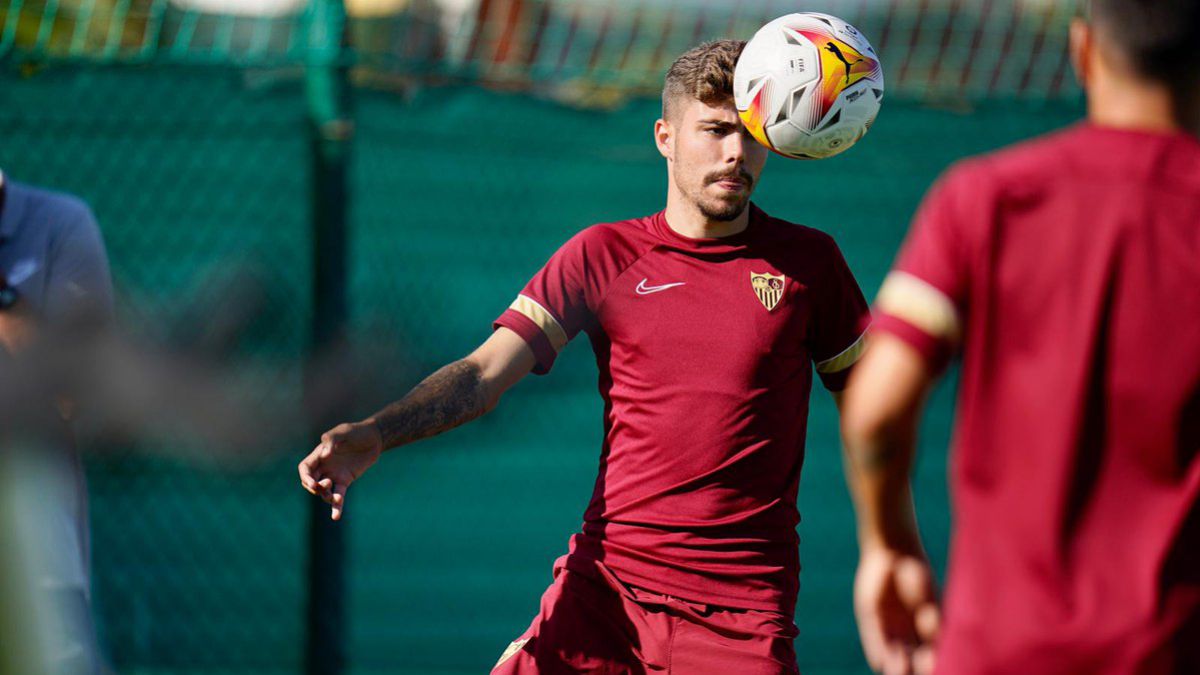