Elections 2021: Facundo Manes is shown with Martín Lousteau and the UCR closes ranks to dispute the opposition leadership 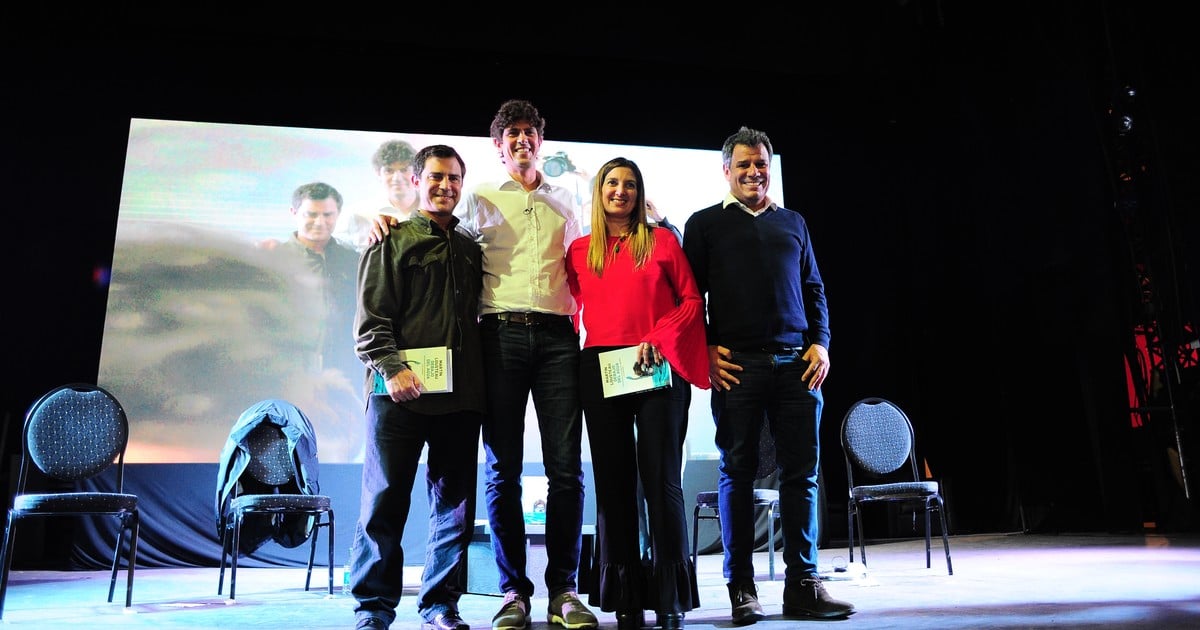 Paradoxes of the oldest party in these regions. To celebrate the 130 years of the foundation of radicalism, the last notable figure to get a membership card, Martin Lousteau, will host another pop-up, Facundo Manes, who threatens to return to his political cradle after decades dedicated to mental health research and critical thinking.

The party boss, Alfredo Cornejo; the governors Gerardo Morales, Rodolfo Suárez and Gustavo Valdés, in addition to the heads of parliament, Mario Negri and Luis Naidenoff, all with marathons run in the partisan militancy, will be limited to greet them by Zoom.

On the stage that was finished hastily mounting in the Capital Committee, this Saturday, at the end of the blended act, the two exclusive protagonists of a work that will seek to give an image of renewal and party unification will be shown alone, with the purpose to fight a tough battle for the leadership of the opposition space.

For Manes it will mean taking another step towards the consolidation of a candidacy not yet declared and that on Tuesday it will perhaps have its confirmation in a delayed launch with the thirty radical mayors of the province of Buenos Aires.

The gesture of the Buenos Aires senator will be a recognition of the need to put aside the lawsuits of the intern of last March, when his candidate to lead the party in the Province, Gustavo Posse, it was 3 points below the one promoted by the neuroscientist, Maximiliano Abad.

It happened on the same Sunday that Lousteau managed to ratify the predominance of his group, led by the deputy Emiliano Yacobitti and blessed by Enrique Nosiglia, in the bastion of the Capital. And weeks after the scare that the Cordovan allies of the former Minister of Economy gave the duo Mario Negri-Ramón Mestre in another provincial intern.

Those who will speak on stage and those who will greet by Zoom conspired weeks ago to capitalize on the internal PRO to stop being their caboose within Together for Change. It will be through the assembly of the list in the Buenos Aires district, where every two years the mothers of the electoral battles are fought.

The entry into play of Manes is the silver bullet of the party founded by Leandro Alem when he accused his partner Bartolomé Miter of betraying the fight against him. “regime” and the unknown that he still cannot clear is with what armed will he go out to fight against Diego Santilli. Nothing less than the candidate of whom until recently was considered the only one capable of posing a threat to Kirchnerism in 2023, Horacio Rodríguez Larreta.

“Larreta’s concern is our best survey”, say about Manes, who for now prefers to deal less with thread experts than with his trustworthy team, headed by his brother Gastón – a national conventional fighter at the UCR – and made up of young professionals and scientists, including another pair of brothers, the Salvattos.

Abad and other party leaders are dealing with the thread for the time being, who take it for granted that Lousteau’s support for the move drags his ally Posse, who would thus decline his intention to fight outside.

In fact, the mayor of San Isidro was preparing for its eventual launch an understanding with Emilio Monzó, representative of one of the various Peronist legs of the opposition coalition, who was among the first to greet Manes’ leap into the mud of politics. Words “center” and “dialogue” they spring naturally in the mouth of the former Speaker of the Lower House and the best seller in neuroscience.

However, Monzó’s troops have just sent strong warnings to their radical interlocutors: if they settle with their arch enemy Jorge MacriThey will make a separate ranch. “It would be misrepresenting the message”, they assure. It is that some attribute to the mayor of Vicente López to make feints of going alone to the fight against Santilli, to end up giving him a hand (with his own candidates or with underground support) with the list that manages to stop the landing of the vice porteño in Buenos Aires field. What will his cousin Mauricio say, who wants to sneak hard Hernán Lombardi onto a payroll?

First in line to second Manes appears Margarita Stolbizer. “We want to give a progressive message”, assure the doctor’s friends who promote the entrance of the GEN to Together for Change. Another Peronist leg, that of Joaquín de la Torre, is also on file.

And Lilita? The diva of the Civic Coalition gave a fervent welcome to the neurologist, but immediately clarified that if anyone can be a pledge of unity, it is herself. If radicals and macristas of the first candidate do not accept her, she will flip the coin to define which list she will reinforce with her protégé, Maricel Echecoin.