Election showdown in Saxony-Anhalt: Looks at the AfD – SPD accuses CDU of lack of strategy 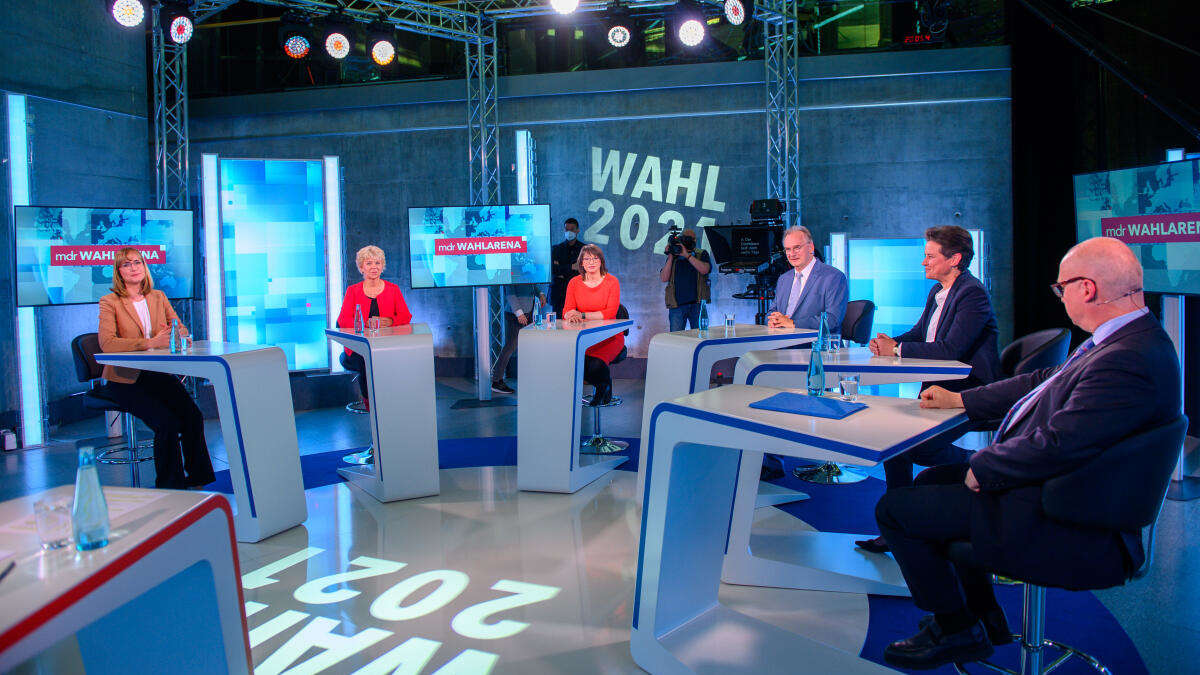 In the last few meters, the parties in Saxony-Anhalt are fighting for undecided voters. The discussion about the demarcation from the AfD continues.

Magdeburg – One day before the state elections, the parties in Saxony-Anhalt want to mobilize the last voters. In the current ZDF “Politbarometer” from June 3, 37 percent were still unsure who or whether they want to vote. The two favorites for the election victory, CDU and AfD, concluded their election campaign on Friday evening. In recent polls The AfD was sometimes only one percentage point behind Prime Minister Reiner Haseloff’s party, other surveys saw the Christian Democrats more clearly ahead.

CDU General Secretary Paul Ziemiak called on voters of all parties in the political center to stand behind Prime Minister Reiner Haseloff in order to prevent the AfD from winning the election. “Every vote for Reiner Haseloff is a vote against the AfD. If you want to prevent the AfD in Saxony-Anhalt, you have to choose Haseloff, “said Ziemiak of the German press agency. “We need a democratic uprising against the far right,” he added. The AfD does not solve any problems, but creates new ones. With it, the economic successes of the Haseloff government would be wiped out, warned the CDU General Secretary. That is why there is no coalition or cooperation with the “Anti-Germany Party”.

Will the “Kenya Coalition” continue to rule in Saxony-Anhalt after the election? Haseloff emphasizes leadership

SPD general secretary Lars Klingbeil accused the CDU of being jointly responsible for the strength of the AfD. “If you hug the AfD, then you make them stronger. I’m worried that we’ll see that on Sunday, ”said Klingbeil Rheinische Post. The fact that so much revolves around the AfD has to do with the fact that the Union still has no strategy for dealing with the AfD. “Prime Minister Reiner Haseloff believes the clear demarcation, yes, but in the second row it looks different,” said Klingbeil. “Anyone who is interested in a government that is based on respect, seriousness and responsibility cannot ignore the SPD,” he emphasized.

At the online CDU closing event, the Prime Minister himself underlined his party’s claim to remain the strongest force in the country. “We are the guarantors for this democracy here in Saxony-Anhalt. Without us, no democratic government can be formed, ”said Haseloff. The AfD gathered on Magdeburg Cathedral Square with around 150 supporters. Counter-demonstrators disrupted the event with loud heckling and sirens. Among other things, AfD boss Tino Chrupalla spoke. The Left, SPD, Greens and FDP also brought reinforcements from Berlin to Saxony-Anhalt for their closing events on Wednesday and Thursday.

How many of the voters have reached the parties with their events this week is unclear: As with the elections in Baden-Württemberg and Rhineland-Palatinate, Saxony-Anhalt has a high proportion of Postal voters counted.

Haseloff has ruled Saxony-Anhalt for ten years and could be the first Prime Minister of the state to take up a third term. The polls foresaw a majority for his current Kenya alliance with the SPD and the Greens, Haseloff is open to a new edition. Should the FDP return to the Magdeburg state parliament after ten years, which is possible according to surveys, the liberals could also become part of the new state government. (dpa / cibo)