El Salvador, on the verge of an unprecedented political crisis in the postwar period 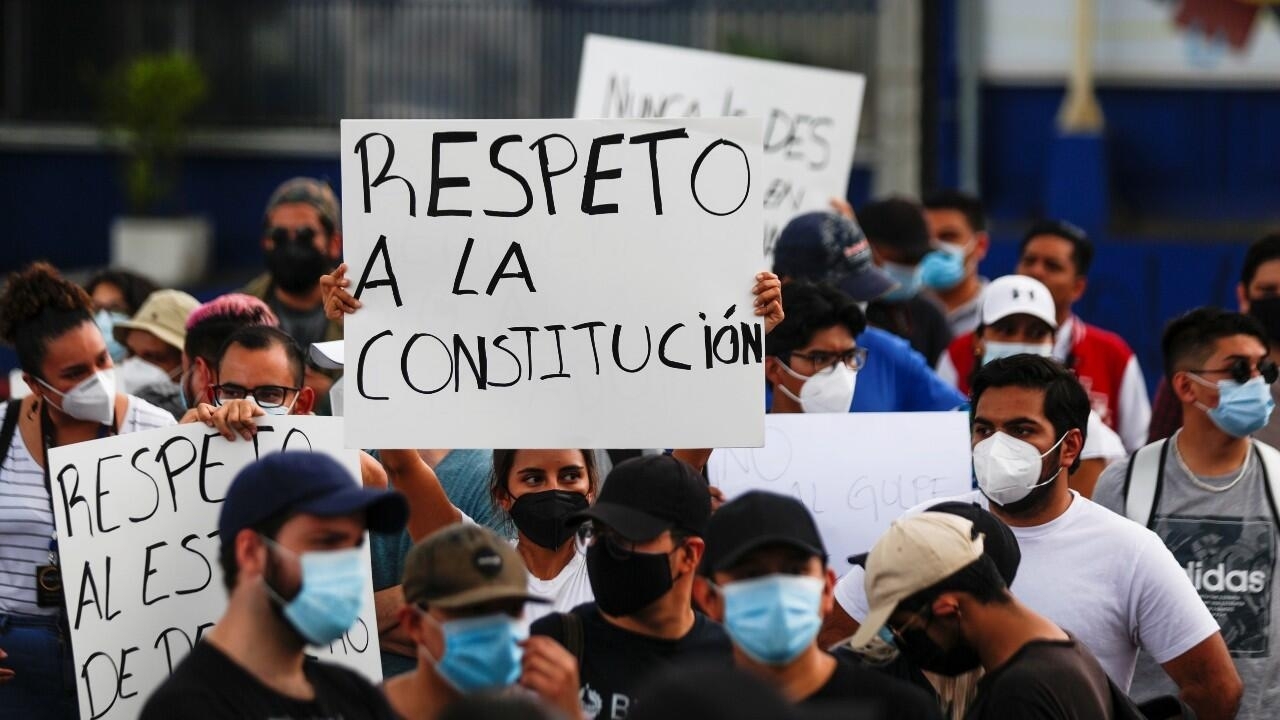 An unprecedented political crisis since the end of the civil war in 1992 is what looms in El Salvador, after the ruling party took control of the Legislative Assembly on May 1 and as a first action decided to dismiss and replace the magistrates of the Constitutional Chamber of the Supreme Court of Justice and the Attorney General of the Republic.

The president of El Salvador, Nayib Bukele, consolidated his power after the resounding electoral victory on February 28 that allowed his party to obtain 56 deputations, a key number to exercise the qualified majority within Congress.

Thus, in accordance with the indications made by the president, the new ruling party justified the suspension of the five magistrates and their alternates, four of whom were elected for the 2018-2027 period, due to the fact that “with their pronouncements and with their arbitrary sentences ”they generated“ a fraud to the Constitution ”.

During the Covid-19 emergency in 2020, the judges of the Constitutional Court had clashes with the Bukele administration, due to resolutions that declared the unconstitutionality of Executive Decrees issued by the presidency, considering that some of these measures violated fundamental rights of citizenship . The Prosecutor’s Office, for its part, had ongoing corruption investigations involving several high-level officials of the Executive.

The dismissal of the officials generated a prompt reaction on the part of various national and international bodies, which pointed to the events as an attempt to concentrate power and suppress the control of the other organs of the State. In a statement published on May 2, the OAS rejected the actions of the Executive Power that guided the decisions of Congress and warned that “when the majorities eliminate the systems of checks and balances in the institutional framework, they are altering the essence of the operation of this ”.

Likewise, Amnesty International warned that “human rights are in danger” and stressed that “judicial independence is a fundamental element in any State that claims to respect human rights,” so that “by attacking it, the Legislative Assembly (of El Salvador) shows the world his contempt for these rights, including access to justice. “

For his part, the US Secretary of State, Antony Blinken, published on his Twitter account that he spoke with President Bukele to express his “deep concern” about the actions of the Salvadoran Congress, making it clear that “governability Democratic democracy requires respecting the separation of powers. “

Along these lines, the spokesman for the European Commission for Foreign Affairs and Security Policy, Peter Stano, stated that the replacements of judicial officials “undermine the rule of law and the principle of separation of powers.”

In response to the various pronouncements, President Nayib Bukele reiterated his intention to continue working with the international community, however, he asked them to stay on the sidelines. “We are cleaning our house and that is not his concern,” the president posted on his Twitter account.

Meanwhile, in El Salvador, analysts and human rights defenders also point out that, with the dismissal of the jurists, the country is left without checks to control the actions of the government and parliament. “There has been a blow to the already weak democratic institutionality in which weak stability has also been sustained since the Peace Accords,” criticized Celia Medrano, a Salvadoran candidate for the Executive Secretariat of the Inter-American Commission on Human Rights (IACHR).

Escalante is forceful in pointing out that what is being experienced is “a soft coup”, after altering the exercise of political power and transgressing the independence of a State Organ. In addition, he emphasized the alarming armed presence of the Police in the facilities of the Judiciary to ensure that the dismissals and replacements were imposed during the development of the same legislative session at dawn on May 2.

The dismissal of the magistrates was rejected by the Supreme Court of Justice. However, the magistrates and the prosecutor appointed by the ruling party have taken up their positions with the support of the police forces, while most of the officials who held the positions until last Friday have resigned irrevocably, amidst complaints of police harassment and threats by employees of the Judicial Branch.

Despite the questions and calls to reverse this decision, the current legislative president, Ernesto Castro, justifies the actions carried out by that State Body, suggesting that they do not consider taking a step back. “We have started the real transformation of our country. The Salvadorans asked us to re-establish the Assembly, to rebuild the country, to fight against the unjust system, “he said on his social networks.

This refounding is seen by the analysts interviewed as the materialization of the fear that existed after the electoral results: that popular support would be used to concentrate power in the Executive. This is how Medrano describes it, who also asserts that “a power that is available has been exercised without measuring consequences and without worrying about substantiating the actions. There remains concentration and total control of the state instances in the presidential figure ”.

For Escalante, this situation constitutes a setback, because it moves the country away “from international standards of human rights and democracy.” When consulting him about a possible outcome, he is forceful in pointing out that “it is evident that different voices are raised by the concern that this situation entails.” Medrano, meanwhile, assures that the country awaits “years of resistance and new struggles.” “They will face scenarios that we thought we had left behind. It will be even worse than what happened so far. Political violence will increasingly prevail against any critical or opposition voice, ”he predicts.

# Covid19Hoy: India exceeds 200,000 deaths after the deadliest day of the pandemic