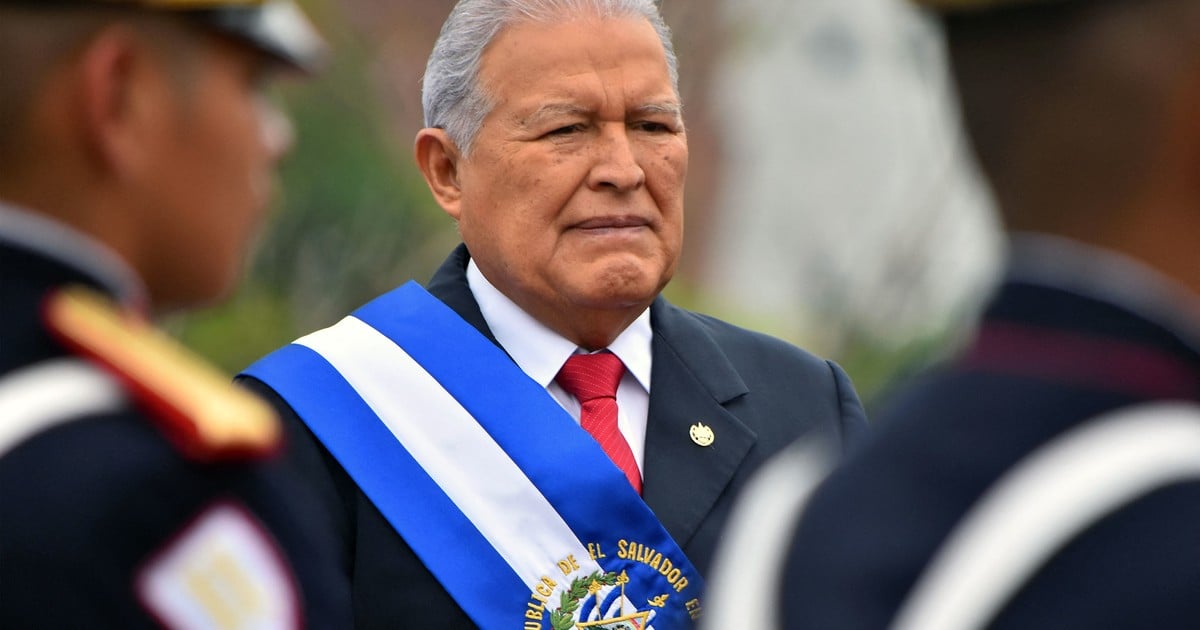 A Salvadoran judge accuses of illicit enrichment and money laundering and ordered this Wednesday preventive detention of former President Salvador Sánchez Cerén, who ruled the country between 2014 and 2019, before the controversial Nayib Bukele, who has been in power for two years and threw out judges of the Supreme Court of Justice.

The judge “has resolved to release an official letter to Interpol” so that Sánchez Cerén may be located and brought to justice, declared the prosecutor Marisela Velásquez.

In addition to the former president, the judge requested the arrest of nine former officials of the Mauricio Funes government (2009-2014) for the same crimes, four of which are also absent, for which he also filed a request for them with Interpol.

“The judge knew both the defendants present and the defendants absent, and his resolution was to order provisional detention for the ten people under trial,” the prosecutor told the press.

The crimes were allegedly committed during the first government of the ex-guerrilla of the Farabundo Martí National Liberation Front (FMLN), led by Mauricio Funes, of whom Sánchez Cerén was vice president.

According to Velásquez, the judge determined that “there were sufficient elements to consider the existence of the crimes of illicit enrichment and money and asset laundering.”

The provisional detention is for a period of six months while the Prosecutor’s Office provides the incriminating evidence and the process that began last Thursday is refined.

The defendants “contributed to the embezzlement that cost more than 350 million dollars to the Salvadoran State“, said then the attorney general Rodolfo Delgado. And he added:” The money was delivered to the presidential house (…) on a monthly basis and constituted an addition to the salary that by law they had to earn for exercising the public function.

Delgado said the investigation began in 2019 and is “a derivation” of the case called “Public Looting” of 2009-2014, when the Legislative Assembly approved 80.8 million dollars for a period of five years in concept of “reserved expenses” of the Presidency.

What was defrauded at the end of the period amounted to 351 million dollars for the transfers of funds that were authorized by the Ministry of Finance, without the proper authorization of Congress.

The FMLN general secretary, Óscar Ortiz, rejected the judge’s decision on Wednesday and regretted that “the possibilities of dismantling the evidence structure that from the beginning were presented with a series of irregularities were closed.”

EL Salvador is governed by Nayib Bukele, who came to power on June 1, 2019 as a 39-year-old “millennial” ruler who now controls Congress and the Judiciary with strong popular support and the distrustful gaze of the international community. .

The current president celebrated the arrests, true to his style, via Twitter. He first tweeted the news and then used irony. “This tweet has aged badly,” he wrote when reposting a message from Mauricio Funes that said “my government did not pay any bonus to anyone. An under investigation for corruption can say anything to save his skin.”

President Nayib Bukele’s messages about the arrest of his predecessor in power.

With information from Agencies