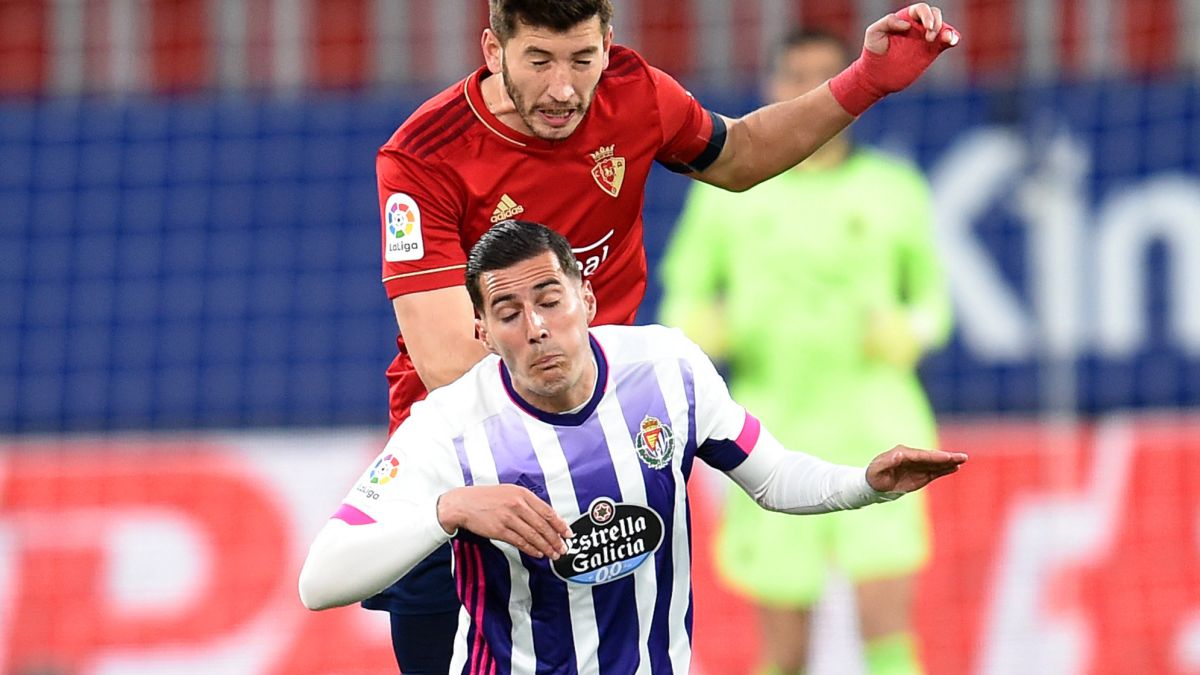 The play between Janko, Weissman and Orellana would have deserved to end in goal, it would have done justice to the serious game that Real Valladolid played in Pamplona, ​​where it went from less to more and ended up being better than its rival. The Blanquivioletas continue to grow after the bad month between January and February and let two points escape as happened in Vigo, but with the feeling of improvement, a serious team that competes and is capable of taking the initiative, cornering the rival and making it run backward.

Because Pucela was able to adapt to the different phases of the match. He put a lot of intensity on it and did not shy away from the runner of the first 25 minutes and then stopped the game, tried to play at a different pace without forgetting to look for the opposite goal, although without the precision necessary to scare Herrera before the break. Sergio González’s team returned to endure the acceleration of the premises at the beginning of the second half, for 10 minutes. After these, the pucelanos took a step forward, they stopped being dominated, they began to dominate, to look for the opposite goal and only poor aim, especially from Orellana, prevented the Blanquivioletas from taking the three points.

Despite missing two points, the good news is majority. The team once again left a clean sheet, the third game in the season to achieve it, all of them at home, adds another point, wins the goalaverage to a direct rival and improves the performance of some players such as El Yamiq, Janko or Weissman. Orellana would be on the podium of the best if he had been right on one of the two clear occasions that he had, the first one very clear. Too bad, he was not successful, but he does participate and begins to have weight in the team. What is not understood is how at the moment when the field seems inclined towards Herrera’s area, at the moment of giving ‘checkmate’, the pucelano coach removes the team’s goal man, but … his explanation will have . In short, you have to stay with the good feelings now that the slope of the League is steep again. Nobody said that salvation would be easy, but playing like in the second half and being brave it will be easier.