EL PAÍS creates the first database on pedophilia in the Spanish Church: 816 victims in 306 cases 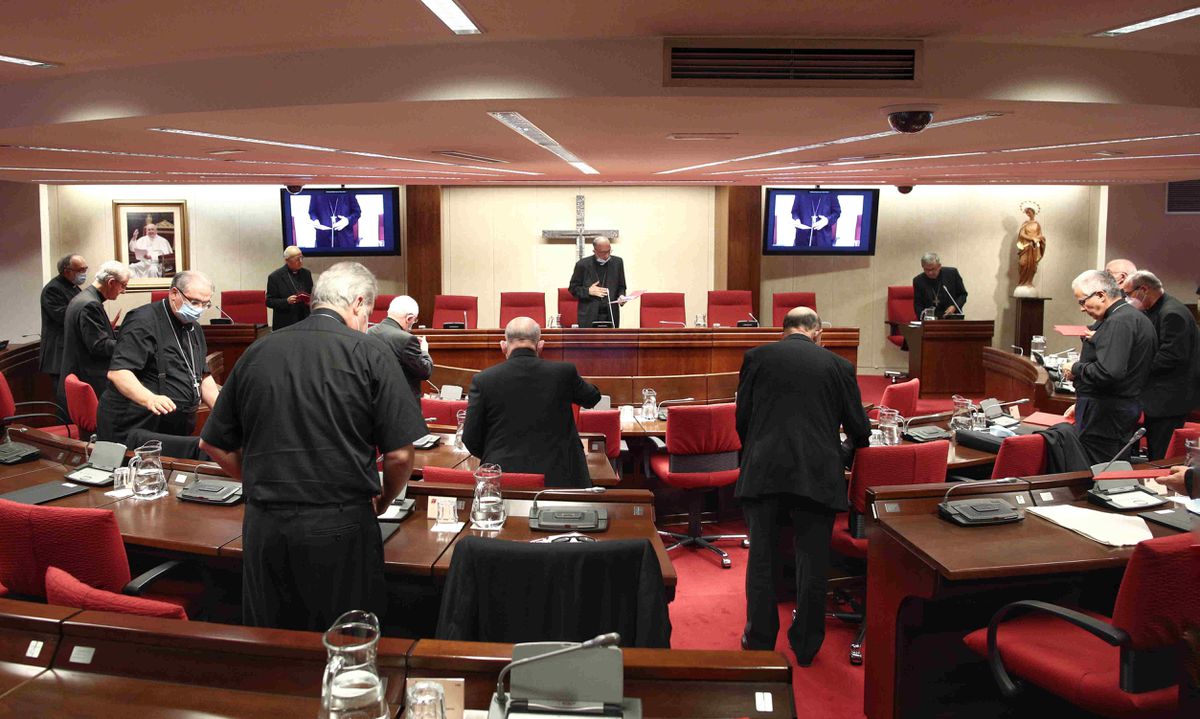 Spain is a statistical desert on the extent of pedophilia in the Catholic Church. The Episcopal Conference (CEE), which, unlike the bishops of other countries, has refused to investigate it, has maintained that it has hardly any evidence of cases, that it does not handle figures either and that, in any case, they are few. EL PAÍS began to investigate in 2018 what was the real impact of this scourge, which had already come to light through the media in many countries. After a request for information from all dioceses and a search for sentences, the balance was only 34 cases and 80 victims in four decades. Then he began publishing cases and many more emerged. Two and a half years later, after a long review and classification work, it now provides the first reference database in Spain on this phenomenon, which can be consulted here.

Until now, this newspaper kept a mere provisional accounting that included 242 cases with half a thousand victims. In this new work, in addition to perfecting the calculation, each case has been analyzed and all the information has been classified. The result is that the figures have multiplied by 10 compared to 2018: there are at least 816 victims in 306 cases known through sentences and media.

All known cases of pedophilia in the Spanish church

The objective of the database is to help document and clarify the scale of the scandal in Spain, and also to help victims, who often only take the step of reporting when they see other victims do so. The information will be permanently updated with the new cases that are known. EL PAÍS makes the data available to researchers, institutions and the Church, who can request them via email: [email protected]

In the Anglo-Saxon world, the publication of lists of abusers and cases, such as those of AFP, has been common. Boston Globe, BishopAccountability.org, some dioceses of the USA and associations of victims. However, none so complete that it includes the year in which the abuse occurred, the date the Church knew about it, and the date it came to light in public opinion. Also the names of the cover-ups, legal and canonical measures, as well as a list of the destinations to which the abuser was transferred and the number of his victims.

On 69 occasions, 21% of the cases, the accused was simply transferred to another destination after a complaint. In 65 cases, a member of the Church covered up the abuser. Regarding internal measures, in 163 episodes (53%) it is unknown whether there was a canonical process. Of the remaining 47%, 69 were removed or expelled, and 33 canonical processes are in progress. The list includes 19 lay people who committed the abuses in religious institutions. Of the 212 cases in which the charge of the abuser is known, the majority were teachers (81, of which 13 lay), followed by parish priests, priests or religious (78).

Analysis of the data reveals that the Church knew of the commission of most of the more than 300 cases several years, and even decades, before they were reported to the courts or made public. In 65 there was a cover-up of the facts and, in total, 54 high officials or members of the Church covered up the abuser, either because they did nothing when they learned of the abuse, because they transferred him to his destination or because they protected him in some way. On the list there are four Popes – related to the case of Marcial Maciel, founder of the Legionaries of Christ, who also committed abuses in Spain – and two dozen bishops, including cardinals with positions in the EEC: Antonio María Rouco Varela (bishop Emeritus of Madrid), Carlos Osoro (Vice President of the EEC), Braulio Rodríguez (Archbishop Emeritus of Toledo) and Jesús Sanz (Archbishop of Oviedo and member of the Permanent Commission of the EEC).

Concealment is also a crime covered by canon law punishable by expulsion from office if the causes are serious. “It includes [en estas causas graves] the negligence of the bishops in the exercise of their office, in particular in relation to cases of sexual abuse committed against minors and vulnerable adults ”, it reads in the motu proprio of Pope Francis of 2016 entitled Like a loving mother, which orders the expulsion of the concealing bishops from their positions. So far there is no evidence that the Vatican is investigating any of the Spaniards.

Most of the victims are boys, and there are 211 girls, 26% of the total. In any case, the accounting criteria have been the most restrictive: it considers only the cases reported, either in court or publicly, and those admitted by the Church. But in reality the number of victims at least doubles and rises to thousands if one considers the estimates of other possible victims made in each case by those affected or by researchers. And these are only the cases that have transpired in some way. Statistics from other countries show that the vast majority remain hidden. And experience indicates that giving victims the necessary confidence to report is the decisive step for them to come to light. The institutional rank and the credibility of whoever takes the initiative are decisive. In other countries, it has been the Church itself, the governments or the courts that have undertaken investigations and created mailboxes for receiving complaints. In Spain no one has done it, nor does it seem to want to.

In the United States, an investigation by the Pennsylvania Supreme Court counted 300 abusers and more than 1,000 victims in 2018, figures similar to those now emerging in Spain, although that state has only 12 million inhabitants. That year, in Germany, the report commissioned by the bishops themselves admitted 3,677 victims of 1,670 religious since 1946.

The most recent case is that of France, where the bishops in 2019 commissioned an independent commission to open an email to receive complaints. It is a period of time similar to that elapsed in Spain after the start of the EL PAÍS investigations in 2018, but the difference is abysmal: 10,000 victims have already come to light in France. The EEC meets as of tomorrow in its plenary committee and will again address the abuse of minors. In the last press conference of their spokesmen, they insisted that they do not know the number of cases and that they are few.

At Christmas 2018, at the height of the scandal in Spain and shortly before the pedophilia summit held at the Vatican in February 2019, Pope Francis thanked the media for their work to “unmask these wolves and give voice to to the victims “and warned the bishops:” The Church asks not to be silent and to come to light objectively, because the biggest scandal in this matter is to cover up the truth. ” But the Spanish Church still does not obey the Pope. The Episcopal Conference argues that it has no executive power, only coordination, and everything depends on each bishop, the absolute owner of his diocese. The little that the dioceses have done, with few exceptions, has been to open offices for the care of victims, mandated by the Vatican. But they are unknown organisms and most do not give any information.

The role of the media

The photograph that reflects the new accounting of cases in Spain indicates the first in the 1930s. Since 1986, the year in which the first published in the press was found, until 2000 only 12 episodes were known. From then on they began to be made public, due to the worldwide echo of the newspaper’s investigations Boston Globe that started the scandal in 2002. The film Spotlight, winner of the Oscar and who tells that story, is from 2015, and it is from that moment that something begins to move in Spain. Most of the cases have emerged in the last five years, 72% of the total. The decade with the most registered cases is, in fact, the last, from 2010 onwards, with 48. Followed by the 60s and 70s.

In 2016, The newspaper uncovers the case of the Marists in Barcelona. EL PAÍS begins its investigations in October 2018 and opens an email that receives more than 300 messages. Since then, it has published 52. A good part of the cases, 135, have been made public thanks to the press. Another 102 are the result of some type of internal investigation of religious orders or dioceses and 65, of a judicial action.

The map of the number of cases discovered by provinces highlights the role of the media. Those with the most cases are Barcelona and Navarra, but it is only because there were media that investigated them and brought them to light, mainly The newspaper Y Navarra News Journal. Also noteworthy are provinces such as Madrid, Bizkaia and Murcia, where the dioceses have distinguished themselves, unlike most, for reviewing files and providing information. The same is the case with religious orders. Most of the cases, 225, are related to congregations, but also because they have paid more than the dioceses to admit them and give information. Jesuits is the congregation with the most cases, 71, again because it is the first and almost the only one that has undertaken a minimal internal investigation. Most have been revealed by the order itself in a report presented last January, although it has not revealed decisive details such as the name of the accused religious or the place of the events. That is, cases have arisen where someone has shown interest in them arising. In fact, in Barcelona, ​​Navarra and Madrid 40% of all cases are concentrated in which the scene of the events is known.

The data indicates that, on average, pedophile crimes come to light 30 years after they occurred, according to the analysis of the 255 cases in which the dates are known exactly. This data is directly related to another, very topical with the approval of the new child protection law: in more than half of the cases, 176, there was a complaint, but 48% were filed for having prescribed. In 36% there was a conviction and 16% are in progress or it is unknown how they concluded. The complaints that resulted in an acquittal of the accused have not been included. When the new law on childhood or Rhodes law approved this week in Congress, the statute of limitations for pedophile crimes will begin to run when the victim reaches 35 years of age. Until now it was from the 18 years. The law has no retroactive effect.

If you know of any case of sexual abuse that has not seen the light of day, write us with your complaint to [email protected]