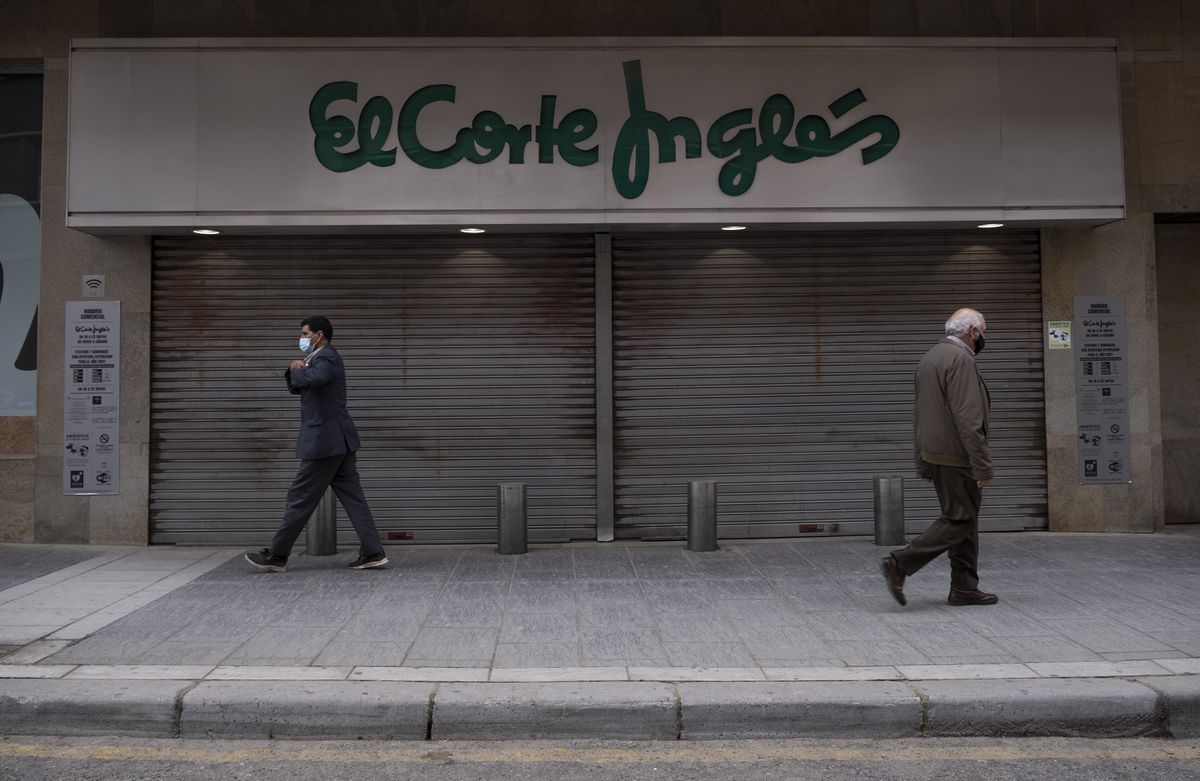 El Corte Inglés is approaching the objective of voluntary adhesions of the ERE with which it intends to reduce its workforce by 3,292 workers. The unions announced this Tuesday that 86% of the number of employees set by the department store firm has already been covered. And if there is a rebound in the last four days, your final number could be very close to the goal you set.

Making numbers, this percentage supposes that some 2,831 employees would have communicated since they agree to leave the company, and it would be necessary for another 461 to be added to reach 100%. To encourage goodbye, El Corte Inglés offered 33 days per year worked with a maximum of 24 monthly payments – the compensation provided by law in the case of unfair dismissal – just what the unions demanded. In addition, they will pay a premium of 5% of the annual salary for workers with a seniority in the company between 5 and 10 years; 10% of the salary for those who have been between 11 and 15 years old and 20% of the salary for those who have been in the chain for more than 15 years.

Once the deadline for voluntary terminations is closed on Friday, the distribution group will study them for a month to see if they meet the criteria and will respond before May 23. The outputs will not be all at once, nor will they occur immediately. El Corte Inglés will notify the staff that they have agreed to leave the company 15 days in advance, and the process will last until February 28, 2022.

The company chaired by Marta Álvarez thus dispels the fear that the workers would turn their backs on their adjustment plan, which would have forced them to take unilateral measures. The pact with the unions, reached on March 23, indicated that, if the quota of voluntary departures is not covered, the number of those affected by the ERE would be reduced to avoid forced dismissals. Employees over 50 years of age are excluded from the adjustment, as well as those who only work single days, because, according to the company, they are more vulnerable groups and with more difficult reintegration into the labor market.

At the next meeting, El Corte Inglés will communicate to the unions CC OO, Fasga, Fetico and UGT the protocol to follow with the workers who leave the company for their relocation. The search for a new job destination has been entrusted to two firms, LHH and Manpower, which according to the unions guarantee “more than 85% success in the job search.”

The Spanish distribution giant announced that it would carry out the first ERE in its history at the end of February. The blow inflicted by the pandemic, which has closed many of its centers throughout Spain; fierce competition from rivals such as Amazon, Inditex and Mercadona and the company’s late digital transformation, highly dependent on face-to-face sales, have led its leadership to focus on “adapting resources to current needs”. That is to say, reduce the overcapacity of personnel and square meters through layoffs and closures of centers.

Twitter Blue subscription will cost $ 3 a month: what features does it include