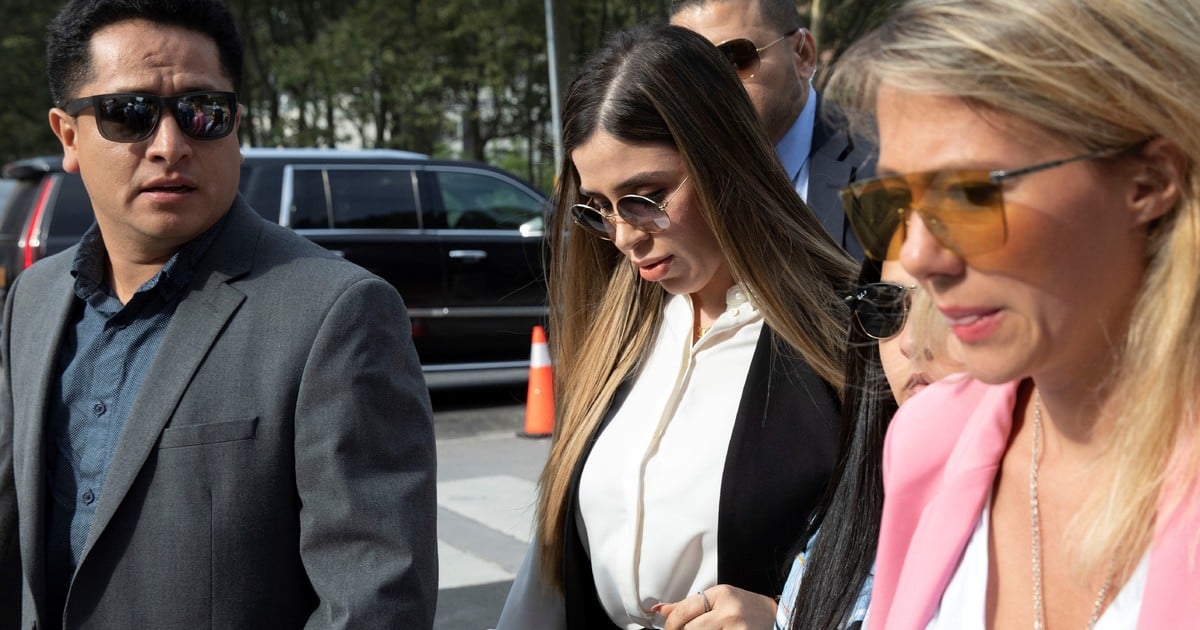 Emma Coronel, wife of “El Chapo” Guzmán, pleaded guilty to drug trafficking and money laundering in the U.S. He did it this Thursday before the District Court in Washington.

The wife of the former leader of the Sinaloa cartel, 31 years old and with dual Mexican and American nationality, responded briefly to Judge Rudolph Contreras, who accepted her statement, in a hearing broadcast by telephone in which she also said she had collaborated in the activities and her husband’s prison escape in Mexico in 2015.

The hearing lasted more than an hour and there Colonel Aispuro pleaded guilty to three crimes: illicit association to traffic cocaine, methamphetamines, heroin and marijuana; money laundering and participation in property transactions belonging to a drug trafficker.

Dressed in a green convict report, Colonel Aispuro said the word “guilty” and patiently answered dozens of questions from a federal judge who said he wanted to make sure the defendant understood the consequences of rejecting a trial.

El Chapo’s wife had been detained in February this year at Dulles International Airport, near Washington, following a nearly two-year investigation by US law enforcement agencies into her role as an accomplice of her husband, whose name real is Joaquin Guzman Loera.

Prosecutors alleged that Coronel Aispuro “worked closely with the command and control structure” of the Sinaloa Cartel and conspired to distribute large quantities of drugs, knowing that they would be trafficked to the United States.

On Thursday, prosecutor Anthony Nardozzi said that Colonel Aispuro “assisted and instigated” to achieve the objectives of the Sinaloa Cartel to traffic drugs into the United States, which assumed a role of “intermediary” between Guzmán and the other members of the cartel by passing her husband’s messages to others and that she helped “El Chapo” escape from prison.

Guzmán, a former co-leader of the Sinaloa drug cartel, was convicted in 2019 in a federal trial in Brooklyn and is serving life imprisonment in the so-called Supermax in Colorado, the safest federal prison in the United States.

Coronel, his third – or possibly fourth – wife, had remained free even after a jury found him guilty, traveling between the United States and Mexico until his arrest. When she was detained by the FBI, there was intense speculation about whether Coronel, with dual US and Mexican nationality, would try to offer the government information about her husband’s allies, relatives and business partners in exchange for a lighter sentence.

But his deal with Washington prosecutors does not require you to cooperate with US authorities, said a person familiar with the case prior to the arrival of Coronel to the Tribunal.