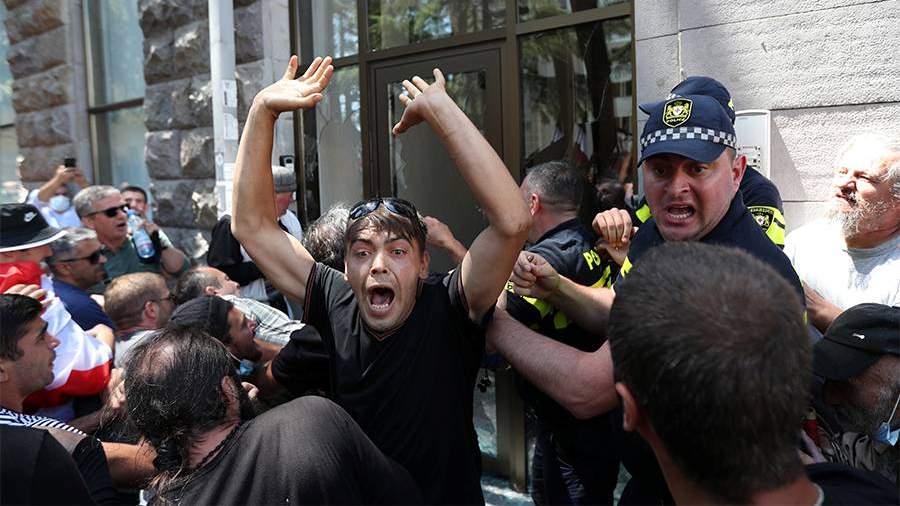 Law enforcement officials detained eight people during protests organized by opponents of the LGBT community march outside the parliament building in Tbilisi on July 5. This is stated in the published on Monday message Ministry of Internal Affairs of Georgia.

It is noted that facts of violence against 55 people were revealed, including 53 representatives of various media.

An investigation was launched under two articles – “Illegal obstruction of journalists in their professional activities” and “Violence”. According to the sanctions of the articles, offenders face from fines to two years in prison.

The Ministry of Internal Affairs added that they condemn the violence committed on the basis of hatred, including against members of the press. The department conducts appropriate investigative and procedural actions for all of the specified offenses.

According to information “Sputnik Georgia”, Some of the injured journalists were hospitalized with various injuries. The President of Georgia Salome Zurabishvili has already visited them in the hospital. It is also reported that most of the TV channels have recalled their film crews.

Since July 1, Tbilisi hosted a “Week of Dignity”, during which members of the LGBT community held a number of events. The final “March of Dignity” should take place on July 5, but it was canceled due to the action of the radicals.

In particular, opponents of the march blocked the central Rustaveli Avenue in the morning, and then moved to the parliament building.

Organizers of the Tbilisi Pride event also reported on the storming of their office, where protesters smashed windows and smashed equipment. They called on the police to act in accordance with the law and arrest violent groups.