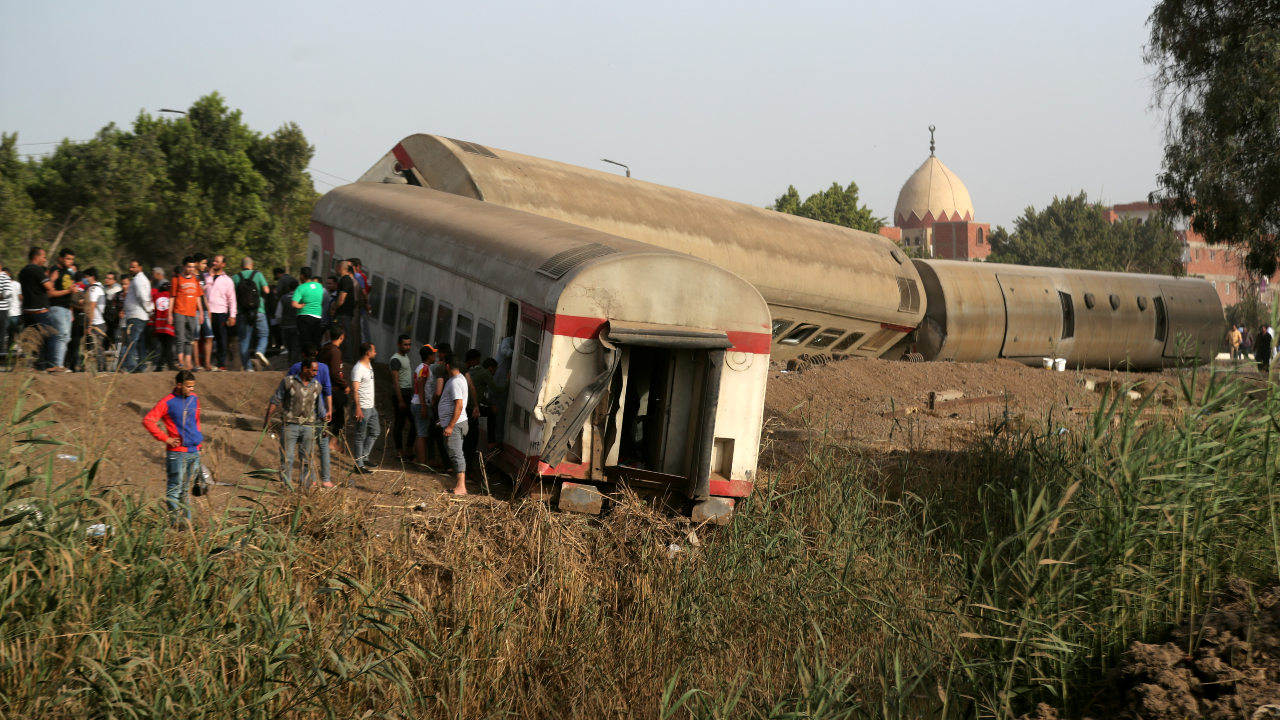 The Egyptian authorities reported that eleven people died and almost a hundred were injured on April 18, after the derailment of a train that was traveling between the capital, Cairo, and the city of Mansura. President Abdelfatah al-Sisi ordered an investigation to be opened.

Four carriages of a train traveling from Cairo to Mansura in northern Egypt fell off the rails, killing at least 11 people and injuring 98.

The accident occurred in the town of Tuj, in the province of Qaliubiya, located in the Nile Delta, at 1:54 p.m. local time (11:54 GMT), 40 kilometers north of Cairo, said the Egyptian National Railways company in a statement.

The Health Ministry reported that more than 50 ambulances took the injured to three hospitals in the province. For his part, the President of Egypt, Abdelfatah al-Sisi, ordered an investigation to find out the causes of the accident.

The Government said that, if the accident is deliberate, the culprits will be punished. They announced that they will apply a “deterrent punishment” to those responsible, either for “negligence or corruption.” So far, six railway workers have been detained, including the two drivers of the crashed train.

Most of the rail crashes in the African nation are due to human errors and above all to the poor condition of the train network and the lack of signaling and safety systems.

The rail network that crosses Egypt from south to north has not been modernized in decades, so accidents are becoming more frequent.

On social media, many Egyptians have called for the resignation of the Minister of Transport, Kamel El-Wazir, but the former army general has rejected the messages and remains committed to working on the development of the old railway network.

In previous weeks, other train accidents had already been registered in different sectors of the country. One of them was at the end of March, when two trains collided in Sohag province, leaving at least 19 dead and more than 180 injured.