Egypt: carried out 16 death sentences in the last week alone 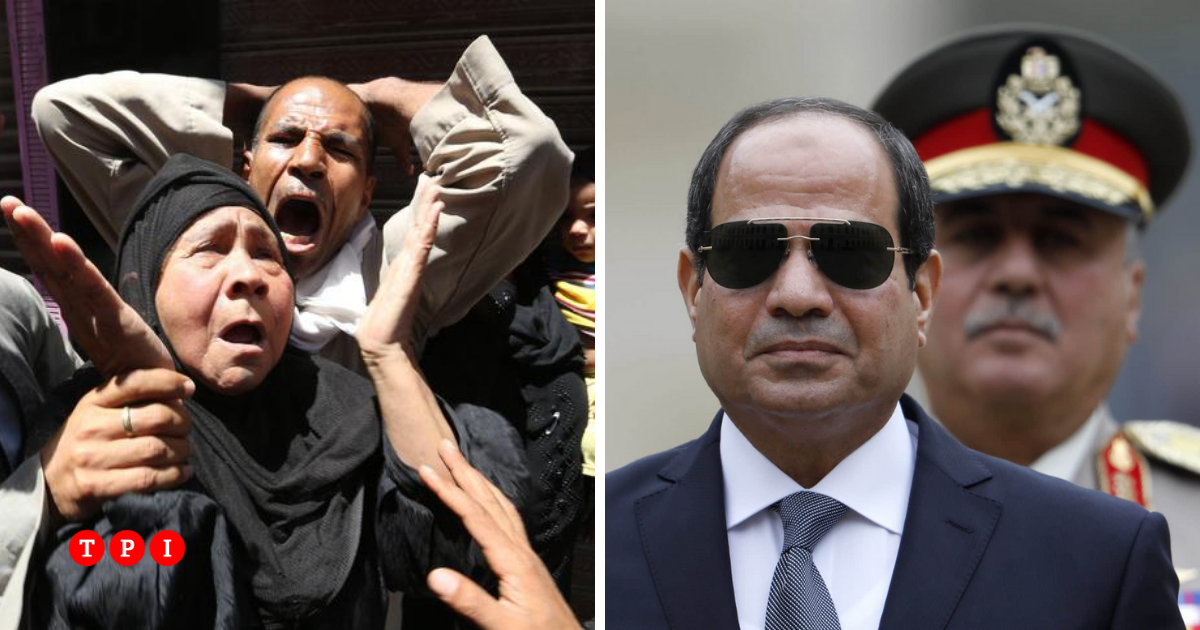 Sixteen people were executed over the past week in Egypt, where the acceleration of the use of death penalty recorded in recent years by local authorities has alarmed associations in defense of human rights. The news of the executions, all involving inmates already on death row, was disclosed by the private news agency Al-Watan.

Nine death sentences were carried out today in a high security prison facility Cairo. Among those executed there are eight men and a woman convicted in as many criminal trials for various crimes such as murder and robbery. At the beginning of last week, others seven people had instead been executed in the prison of Borg al-Arab to Alexandria, all convicted of murder and from the governorates of Alexandria, Beheira is Daqahlia.

In mid-June, the Egyptian highest court had upheld the death sentences imposed on 12 defendants linked to Muslim Brothers for the case of Rabaa massacre, a massacre perpetrated by the military after the coup of the current president Abdel Fatah al-Sisi against the protesters gathered in Rabi’a square to the Cairo to resist the coup.

A sentence then defined as “unfair” by nine Egyptian organizations for the protection of human rights, which they had asked an immediate moratorium on capital punishment in Egypt for “the absolute lack of an independent and impartial judiciary, willing to uphold the minimum standards of a fair trial and justice”.

According to one Research published byEgyptian Initiative for Personal Rights (Eipr) – the NGO with which he collaborated Patrick Zaki, the human rights activist and researcher enrolled at the University of Bologna in prison without trial since February 2020 – the number of legal proceedings concluded in the North African country with death sentences has shown “a steady increase” over the past three years.

Not only that: the number of executions also remains high: last October the authorities executed 53 people, the highest number of death sentences carried out in a single month in Egypt in the past five years. Egyptian law provides for the death penalty for over a hundred crimes, including a number of crimes related to drug trafficking and terrorism.

In a report drawn up on the subject in 2018, theEipr argues that the death penalty “constitutes a serious violation of human rights, without ensuring any form of deterrence”. Furthermore, the organization recalls that this “is not prescribed by Islamic law (shari’a), as commonly perceived “. Yet, according to the NGO, “despite a global trend towards the repeal of the death penalty, the official position of the Egyptian government is to encourage the persistence of the death penalty ”.

According to the latest report by Amnesty International, in 2020 theEgypt it tripled its executions compared to the previous year. With at least 107 executions, Cairo ranks third after that China is Iran by number of death sentences carried out during the past year. “At least 23 executions involved cases of political violence and were preceded by sensationally irregular trials, based on forced ‘confessions’ and other serious violations of human rights such as torture and enforced disappearances”.