Egypt.. A young man embodies the legendary characters at the simplest costs 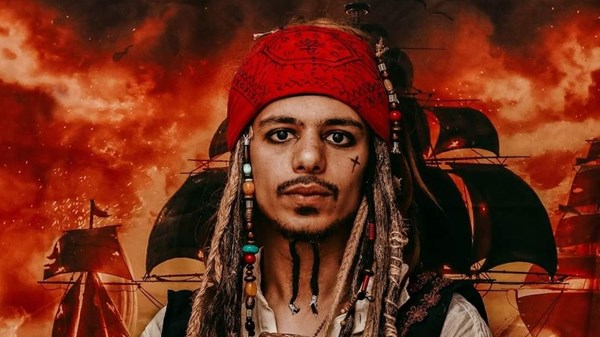 Ahmed Atef (Cairo)
The Egyptian young man, Mohamed Samir, embodied the famous legendary characters in Hollywood films, in a way that amazed the pioneers of social networking sites.
Samir used the simplest tools to create the place around him, such as fabrics or old pieces of iron, and using cosmetics to change his appearance, to reach the same appearance as the character, and then take some pictures that resemble the real characters, but with slightly different features.

The young man presented a group of famous characters, including Jack Sparrow, presented by the American actor Johnny Depp, as well as the main character in the horror movie the nun, and the character of King Xerxes in the movie 300 Sparta.

The avatar of the characters did not use any of the image-editing programs, but rather relies on preparing himself in a way that looks exactly like the character, and receives some help from his brother and mother in paying attention to details and accessories, so that the character comes out realistically.

The photos were admired by the pioneers of social networking sites, and they asked him to embody more characters, especially after he published a video clip of him showing how to use simple tools to change his shape and produce professional images of the characters he embodies.