Egypt .. A new train accident and reports of victims and injured 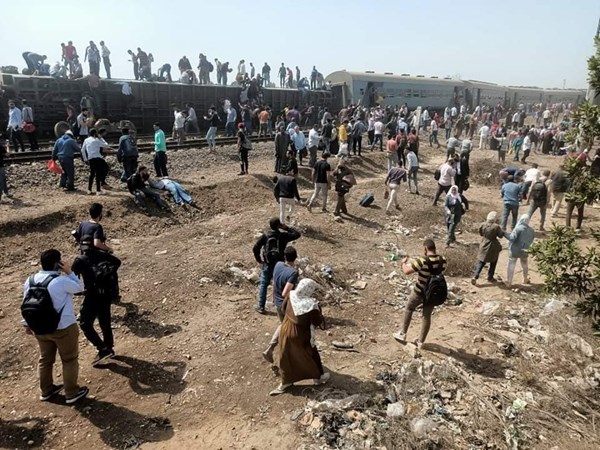 For the third time in a month, Egypt witnessed a new train overturn by leaving the poles in Qalyubia governorate, north of Cairo, which resulted in victims and injured according to eyewitnesses.

Eyewitnesses said in the area of ​​the accident in the Toukh area of ​​Qalyubia governorate, that Train No. 949 of the “Cairo-Mansoura” line overturned after its wheels departed from the poles, confirming that there were victims and injured in the accident.

Immediately, the civil defense forces and ambulances moved to the area of ​​the accident to transport the injured to nearby hospitals in Qalyubia Governorate, and to take the necessary measures to count the accident data and follow-up.

Sources with the Egyptian Railways Authority said that the maritime train traffic stopped completely after the accident that occurred in the city of Toukh in Qalyubia, explaining that there are immediate instructions issued by the Minister of Transport to speed up the follow-up and stop the causes of the accident.

The sources told Al-Ittihad that the Egyptian Minister of Transport, Kamel Al-Wazir, and a number of the ministry leaders and agencies of Qalyubia governorate are on their way to the site of the accident for follow-up, in addition to the movement of police and prosecutors to investigate the circumstances of the accident.

In an official statement, the Egyptian Ministry of Transport said that the train left Cairo at 1:20 pm, and it was planned to reach Mansoura at 5 pm.

Manolo Blahnik lowers the blinds of his shops in Spain

A record amount of precipitation fell in Moscow

Biden takes on Erdogan: US President recognizes massacre of Armenians as genocide