Eduardo Duhalde pointed out to Alberto Fernández’s cabinet: ‘It is a government in which the people are very new’ 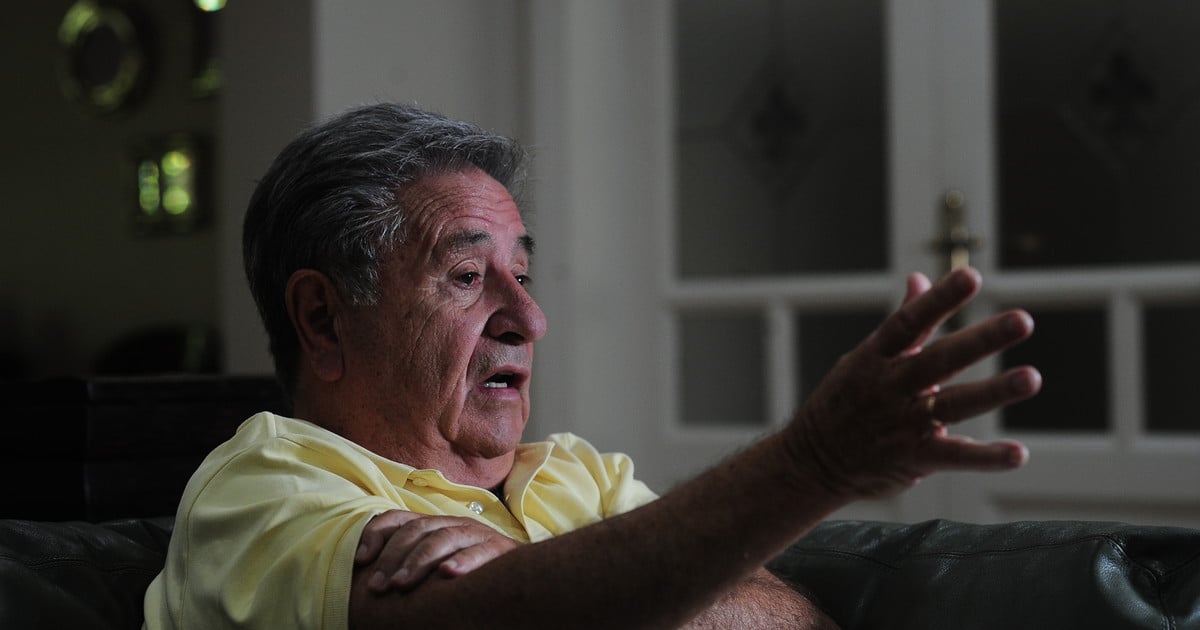 The former president Eduardo Duhalde pointed to the members of the Cabinet of the president Alberto Fernandez, considering that it is made up of “very new” people in politics, and stressed: “We need people who know and they make us waste a lot of time“.

“It is a Government in which the people are very new. The one in decision-making positions is very new, and while learning … In a moment of crisis, what corresponds is to choose very experienced people and it is not what has passed. We need people who know and they make us waste a lot of time, “said Duhalde during an interview with Clarion.

In this context, the former Buenos Aires governor affirmed that Argentina is going through “a very complicated and complex situation“marked by the second wave of the coronavirus pandemic, adding:” We are going through the most critical moment in the modern history of the country. “

“There are times when none of the solutions you have is good. When things are this bad, nothing that can be done is good. That is the moment we are living. You do what you can in a very difficult situation, “he emphasized.

Eduardo Duhalde during a meeting with Alberto Fernández in Puerto Madero, in December 2019.

After the crossings he had with the national government, after it became known that he was part of the list of 70 vaccinated at the request of the Ministry of Health, Duhalde said he has a “normal” relationship with the head of state.

“It is a normal relationship in that every time I write to him he answers me or I speak on the phone. I am constantly sending WhatsApp messages, he (Alberto Fernández) answers me “, he graficó.

In addition, he highlighted his link with the vice president Cristina Kirchner: “We meet, we have confidence. I have confidence with her, I have told her what I thought about the crack, around there she has a different opinion.”

At that point, the former president considered that “You have to try not to fight anymore“with the leaders of other political spaces, and specified:” If we Argentines do not agree, Argentina will continue to fall and that’s dramatic. “

“The fight between the Argentines makes us worse and worse. Government and opposition are in a permanent fight That starts every time a President wins and blames the other. When people elect their rulers, it is not to tell them the story they know, but to go to what does not exist. Do you know what does not exist? The future, “he emphasized.

In this regard, he stated that “lThe political leadership is not up to the task at all“that crosses the country, and completed:” They live fighting, one blames the other. On critical situations you cannot try to move the country forward and also fight permanently with the rest. This must be ruled out absolutely if we want to get ahead. “

“I’m not on either side of the rift I am in what I have always been, which is to try to unite the Argentines. People are very distressed by the plague, but also because of the situation he lives. If politicians do not agree at a time when all the people are suffering, then they will never agree and we will get worse and worse, “he said.

Duhalde during the inauguration of the monument to Juan Domingo Perón with Mauricio Macri and Horacio Rodríguez Larreta, in October 2015. Photo: Néstor Sieira

The fight for classes

Consulted on the dispute that was generated between Nation and City After the President established in a Decree of Necessity and Urgency (DNU) to close the schools in the AMBA, he replied: “I disagree with everything that is not to agree and seek consensus. Whoever does it does it. It is not who does it, the issue is that we live doing that. “

“We believe that this is how we win for the next election, but it is the people who lose. I never ruled with a crack, and I ruled for many years. They believe that an electoral election is more important than trying to help out“he lashed out.

In that sense, he clarified that “to fight you need two“parties, and added:” When there are problems you have to look for skilled leaders to solve them, and that doesn’t happen. There is no consensus at all and we are always in the same story. “

Finally, he revealed that he requested “an audience with the President of the Republic (Argentina) as president of the Justicialista Party”, and then he will seek to meet with former president Mauricio Macri to try to reach “an agreement to work together on five or six issues that really they afflict society. “

“I love Pep, he’s a nonconformist”

The ‘Tyrannosaurus rex’ walked at a speed of 4.6 kilometers per hour, like humans