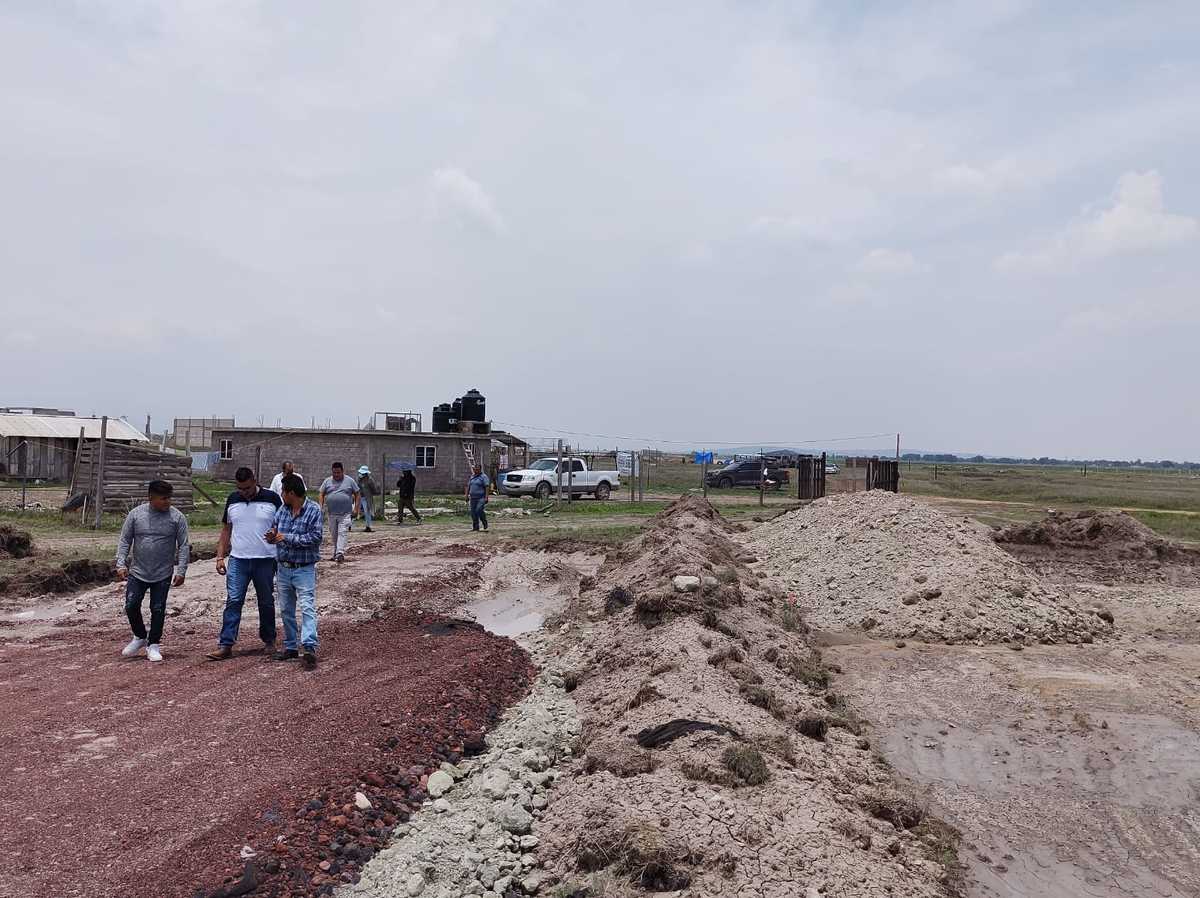 Owners of 30 hectares of land located in the “Cuatro Caballerías” area of ​​Nextlalpan, they set up a camp to prevent the construction of a highway that will connect with the AIFA (Felipe Ángeles International Airport) of Santa Lucía in Tecámac, as they denounced that without permission Members of the Ministry of National Defense entered to build this work.

The complainants noted that 30 families are affected by this invasion by members of the Mexican Army, that without showing them any permission, nor the Official Government Gazette, in which it was supposedly decreed that their lands are part of the area marked for expropriation.

“The military arrived with machinery, they entered our land that They are privately owned, not communal, and they began the lines for the road that we know will connect with gate 15 of the AIFA ”, they specified.

They said that when asking for the documentation, the officers of the Sedena They told them that their lands are part of the area that will be expropriated for the construction of the complementary works to the Felipe Ángeles airport, which, based on an appraisal, cost 270 pesos per square meter.

The inhabitants of this place affirmed that they do not refuse to sell their land, but they demanded a fair price for them, since they warned that they have all the services such as water and electricity, so the cost per square meter is one thousand pesos, not 270 pesos, as they were told.

So were the facts with Sedena

They specified that it was last June 15 when military personnel arrived to this area with heavy machinery to begin to make the lines and remove earth to start the construction of the road, in addition to closing a street, this without showing them the documentation where it is shown that the place is part of the area that was expropriated.

For this reason they highlighted that they decided to set up a surveillance camp 24 hours a day, to prevent these works from continuing, “we will not withdraw from our land until we are officially notified and we are paid a fair price per square meter, otherwise it is an invasion of private property” .

They highlighted that They have already prepared a letter addressed to the president, Andrés Manuel López Obrador, in which they request the plans of the project to be shown to them to make sure that their land has been considered for expropriation, as well as their demand that the price they pay per square meter is fair ”.

They reiterated that will not withdraw from camp and will not allow any work to be done until a fair agreement is reached with the representatives of the federal government, in addition to the fact that they have thought that some of them will go to the National Palace to request an audience with President López Obrador.