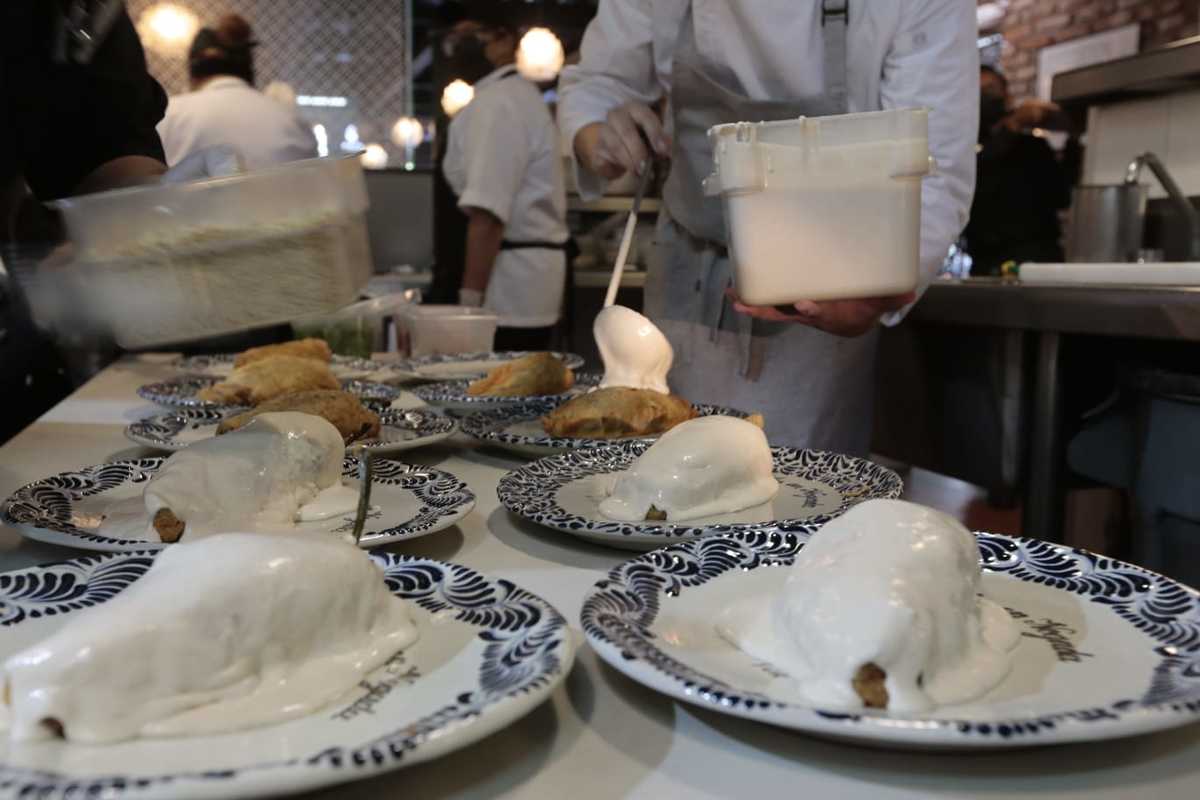 Currently, the State of Mexico is the main supplier at the national level of the Castilla walnut, a fundamental ingredient for the elaboration of the traditional chiles en nogada, concentrating 80 percent of the production in five municipalities in the eastern zone: Atlautla, Amecameca, Ecatzinto, Ozumba and Ayapango.

Mauricio Massud Martínez, president of the National Chamber of the Restaurant and Seasoned Food Industry (Canirac) in the entity, pointed out that the celebrations for the 200 years of the creation of the chile en nogada in Puebla -entity that throughout this month will carry out various activities – will allow the reactivation of the restaurant sector, especially the one located in the eastern zone.

“The sector is one of those that has had the greatest impact in the country throughout the pandemic and now with this festival we will generate experiences and gastronomic tourism.”

In a press conference, the Secretary of Tourism of Puebla, Martha Teresa Ornelas, in the coming weeks they expect to market more than 3 and a half million chili peppers and generate a economic spill of 700 million pesos. “In 2019 3 million 100 thousand chiles en nogada were sold and we want to overcome the economic loss.”

In a visit to the State of Mexico, he said that two years ago they signed an agreement with the Mexican government to generate ties and increase the cultural and tourist activities that they share with six other states in the central region of the country.

The undersecretary of Tourism in the entity, Dennis Ugalde Alegrías, pointed out that Puebla has brought the chile en nogada to the world but in the entity a special ingredient is produced, which is the walnut of Castilla. “In the region of the volcanoes, the eighth festival of chile en nogada will be held in Amecameca with the participation of 16 restaurants.”

He explained that there is an agreement with said state, Tlaxcala, Veracruz, Querétaro, Mexico City and Hidalgo to coordinate efforts and actions to generate interstate tourist routes.

The president of Canirac in Puebla, Olga Mendez Juárez, indicated that the celebrations around the chile en nogada will help to revive the restaurant sector. He recalled that six ingredients give life to this delicious dish: panochera apple, Creole peach, milk pear, poblano pepper, pomegranate and walnut. “More than 3,000 families from Puebla will benefit by being able to displace the crops they prepared for this season. ”

The chile en nogada is a world heritage site in gastronomic matters and includes culinary techniques, ingredients rooted in the central area of ​​the country and it involves thousands of families who dedicate their crops to the season of July, August and part of September.