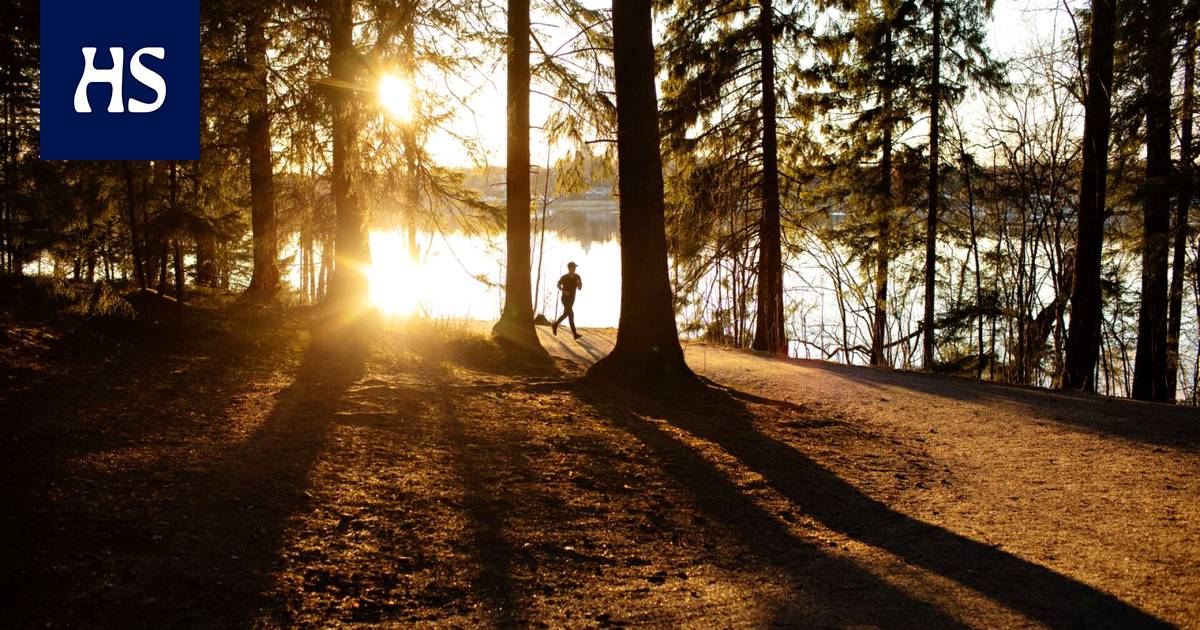 Most Finns live in cities or towns. In order for the joys and benefits of moving around in nature to be accessible to all, special care must be taken of the proximity of residential areas.

When Finn wants to relax, nature is one of my favorite places. One goes to the waters, the other to the forest and the third to the park. 96 percent of adults report going out regularly.

The relationship with nature has become even more important, especially during the Korona period. For many, the holiday home has become a getaway and a workplace where the joys of nature are at your fingertips. When the Indoor Sports Venues are closed, walks in nature have provided recreation.

More and more Finns live in cities or at least in urban areas. National parks, wilderness, fells and archipelagos are then far away. Nearby nature is then the most important nature experience for most people.

Studies show that even a short stay in nature reduces stress, lowers blood pressure and brings good mood. Therefore, it is the immediate nature that is also important for the health effects of nature.

Different In co-operation with ministries and numerous organizations, a strategy for the recreational use of nature is currently being prepared in accordance with the government program. As a basis, citizens have been asked for their opinions on the nearby draft in the Take a Position service. About 8,000 people responded to the survey, and they are well representative of different parts of the country in terms of population.

More than half of the respondents thought that there are enough nature recreation areas in Finland. More than half also found it easy for them to go. One in four still took the opposite view.

Respondents were also asked which environments should be developed the most for recreational use. The majority highlighted the nearby forests of cities and agglomerations.

The responses called for more outdoor routes as well as firefighting and rest areas, but also more map services and signage for getting around in the wild.

Although the importance of mobility in nature is widely recognized and acknowledged, it still does not seem to be at the forefront in terms of, for example, residential planning.

One reason for this is certainly that it is difficult to define a price tag for the local environment. But if nearby nature has clear public health benefits, its impact will also be seen in the national economy. In the prevention of various chronic diseases, such as type 2 diabetes, movement in nature can even be crucial at the individual level.

A few years ago, the FAQ Institute estimated in its study that the cost of immobility to the national economy would be around € 3 billion a year. On that basis, it could be estimated that the benefits provided by the close-up could be of the same order. The proximity would therefore also be an economically viable investment.

In Helsinki the surrounding nature has been hit hard as the city has increased housing production under pressure from population growth. The way in which the city is compacted has also aroused strong opposition. The theme also came up in the municipal elections.

Anni Sinnemäki, the candidate for mayor of the Greens, stated after the municipal elections that one of the reasons for the loss of the Greens was close to nature. The idea has prevailed in the Greens that by settling people in dense neighborhoods and often in high-rise apartment buildings, nature is saved elsewhere.

However, the majority of Helsinki residents do not seem to share this view. Also in the capital, residents hope that the nearby nature can be reached right from the front door. When such comfortable and green residential areas in Helsinki have been able to be built in previous decades, why would it not be possible even now?