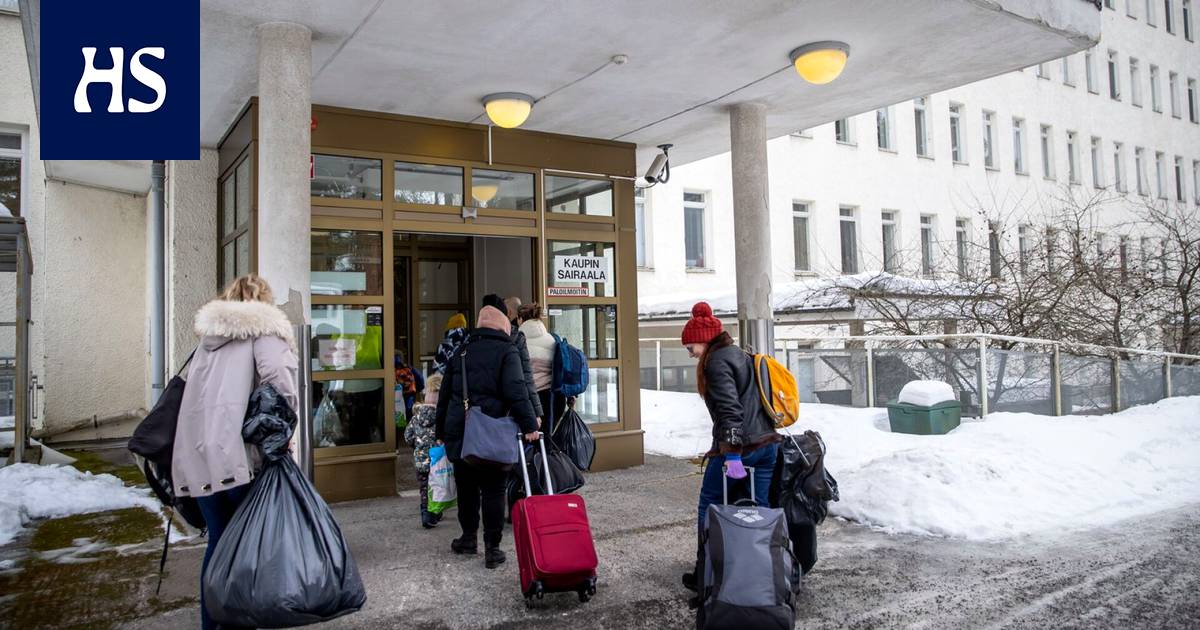 It is good for refugees to get caught up in normal life soon, such as work and school.

Finnish Immigration Service it is best to put your process in order. In 2015, 32,000 asylum seekers came to Finland, mainly from Iraq and Afghanistan. The events were called the refugee crisis. It was a good exercise, as the Ministry of the Interior now estimates that 40,000–80,000 refugees from Ukraine may arrive in Finland this year. Unless the war is over, the number could grow much larger.

The EU has decided to grant Ukrainians a residence permit based on temporary protection. No more detailed justification is needed. In Finland, it still takes an average of two weeks to get a decision, and you also have to wait a week for a residence permit card.

The action should be steeled before the larger troops come. Speed ​​would be important, because those who have made the decision are allowed to work freely in Finland. Many would get a job right away and would like to start soon, like Lena Feloniuk, who already has a job as a translator (HS 29.3.). The skills of teachers and interpreters would also be needed to help other entrants and successfully bring children to school.

Protection has so far applied for more than 14,000 Ukrainian citizens from Finland, of whom only ten per cent have had a decision. Half of the entrants have been children and 85 per cent of the adults are women.

There are more Ukrainian refugees in the country, possibly twenty thousand. Ukrainian biometric passport holders enter the Schengen area without a visa and can stay here for 90 days. Many have come to relatives and have not registered for anything yet.

Recipients of a protection decision can stay in reception centers or acquire an apartment themselves. If the number of refugees increases, they will also be prepared to be accommodated in vacant housing provided by the municipalities. They have the right to health care and a place to go to school.

Ukrainian refugees do not share their views in the same way as the 2015 refugee crisis. Everyone understands that the real crisis is not here, but in Ukraine. Understanding the plight of newcomers is facilitated by the fact that it is shown on television on a daily basis. The refugees look familiar, and most men are left to defend their homeland. The understanding is also reinforced by the fact that the danger is caused by the attack of Finland’s own large neighbor on a smaller border country. It easily comes to mind that the same could happen to us.

Most Ukrainians hope and wait for the war to end and get home. The decision on one-year temporary protection also includes the idea that refugees want and can return to their own country. If the war drags on and more cities are bombed to death, the return will be delayed and made more difficult.

Some refugees may become new Finns. They have even been called upon to find a solution to the labor shortage. Scammers and traffickers have sought to benefit from those in need, which is low.

It was stay short or long, the idea of ​​protection is to allow refugees to recover from their experiences and catch up quickly. Many children have already started school in Finland and got involved in hobbies. With regard to kindergartens, there is variation in the line of municipalities, for which clear instructions from the state are needed.

Functional people who can afford to travel have been able to escape. Consideration is being given to helping the most vulnerable groups, such as unaccompanied children and the injured, to safety. You can’t go to Ukraine to pick them up, but picking them up from Poland and Moldova would work. Finland must also be prepared to share the burden of Ukraine’s immediate neighbors.