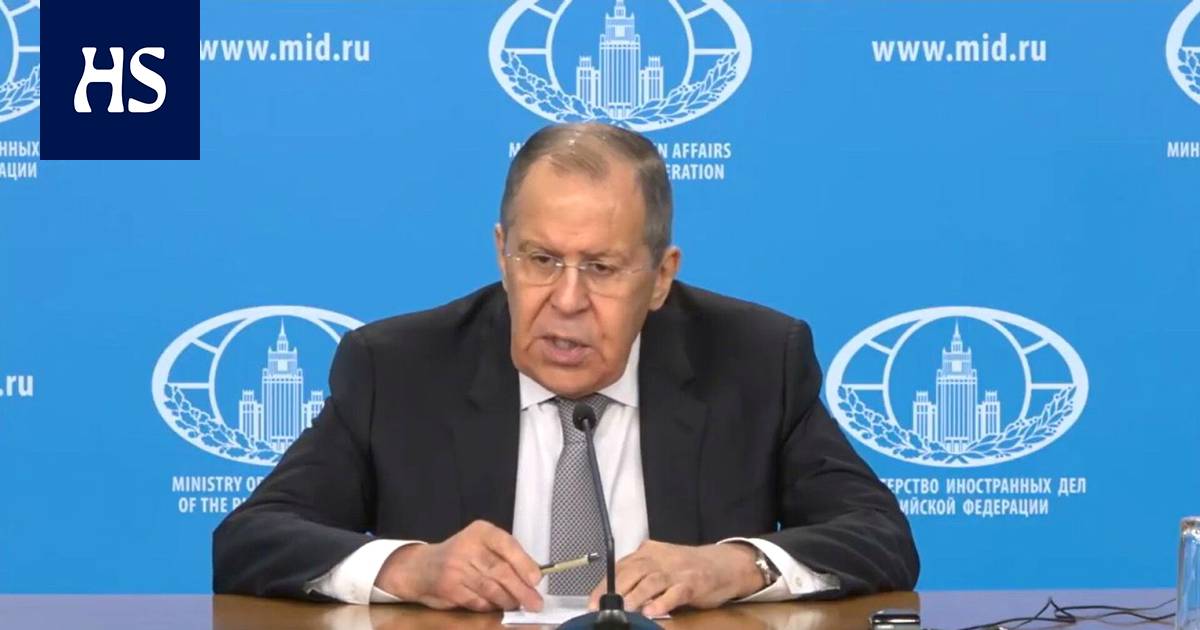 Russian Foreign Minister Sergei Lavrov said on Friday that Russia fully respects the sovereignty of Finland and Sweden and that the countries’ membership of NATO is a matter for Finns and Swedes. At the same time, Russia is demanding a reform of the entire European security architecture, which of course would also affect Finland.

Lavrov’s comment followed a question from Yle’s correspondent, which read: “Does Russia respect the sovereignty of Finland and Sweden and our right to make our security policy decisions independently, including by joining NATO?” Lavrov replied that Russia fully respected the sovereignty of the countries and began to praise the military non-alignment of Finland and Sweden, which he called neutrality.

The situation seemed familiar. Russia’s High Representative comments on Finland’s possible NATO membership when asked by a Finnish journalist, states that Finland is an independent country and that the matter is up to the Finns to decide, but commends the current line. Approximately the same answer has been received, for example, from Prime Minister Dmitry Medvedev in late autumn 2012 and from President Vladimir Putin in summer 2016.

See also  After 10 years... an important development in the mystery of the killing of the Iraqi Al-Hilli family in France

This is how Foreign Minister Pekka Haavisto interpreted Lavrov’s comment (HS 14.1.). “I read this as being in line with the principle agreed in the OSCE on the right of countries to decide on their own position vis-à-vis military alliances,” Haavisto added.

Of course, Lavrov had no choice but to state that Finland is a sovereign country, and it is not worth paying more attention to that statement. Instead, it is worth noting the more vague part of the response, which concerned Russia’s demand to the United States to return to Europe before 1997. Lavrov spoke about it in a round, but clearly wanted to mention it.

In the west there is a lively debate about Russia’s intentions. It began as Russia began to focus its forces again on Ukraine’s borders and accelerated after Russia presented a long list of demands for a new security treaty to the United States in December. There is also a call for an end to NATO’s enlargement to the east and a ban on membership of the former Soviet republics.

The view of the Russian Foreign Ministry has long been that changing the security system that emerged after the Cold War is a priority, and Ukraine’s position will be resolved on that side. This line was also presented by researcher Dmitry Suslov on Friday in the Russian newspaper Kommersant. According to Suslov, Russia’s goal is to make NATO enlargement so politically expensive that accepting new members is no longer in the interests of the United States, which is preparing for China.

However, Putin’s position is not exactly known. The threat of a new attack on Ukraine is still great.

Lavrovin It is customary in Finland to read speeches too carefully. Still, the comment goes on with the main line of the Russian leadership, which is to avoid harsh language when talking about Finland’s possible NATO membership. Russia understands that this will only increase NATO’s popularity in Finland – has already increased.

In the most recent HS poll, the number of those in favor of NATO membership is at its highest and the number of opponents at its lowest, but the majority is skeptical about membership. Admittedly, for the first time, there are less than half, 42 percent, of opponents.

It does not matter to Russia on which side it closes Finland’s door to NATO. Despite the sovereignty talks, closing the door is one of Russia’s goals.