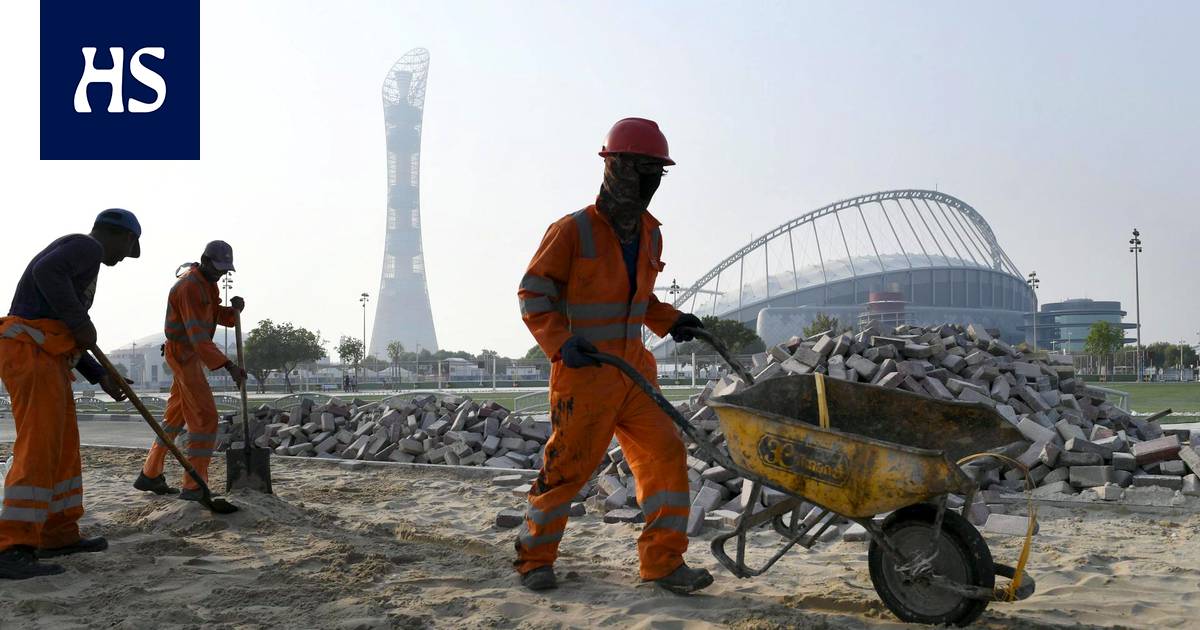 The attitude of the International Football Association to the deaths of migrant workers has been strangely derogatory.

The year 2022 the final of the FIFA World Cup will be played in Qatar. The decision has been marveled at from the start, as Qatar has no other conditions to host the race than a lot of money, some of which may have ended up in the pockets of the world’s football makers.

Seven football stadiums have been built in the country, which are likely to be of little use after the Games. More than 6,500 migrant workers have died at construction sites in the last ten years, according to The Guardian. The International Football Association (FIFA), which awarded the World Cup, has downplayed the deaths of migrant workers. According to the association, “the incidence of accidents at construction sites at the World Cup has been low compared to other major construction projects around the world”.

Qatar should never have been given the World Cup. It is difficult to make up for the mistake itself with a boycott. However, it is important to put pressure on international actors to stop giving value competitions to countries like Qatar. This is also the line of the Finnish Football Association.