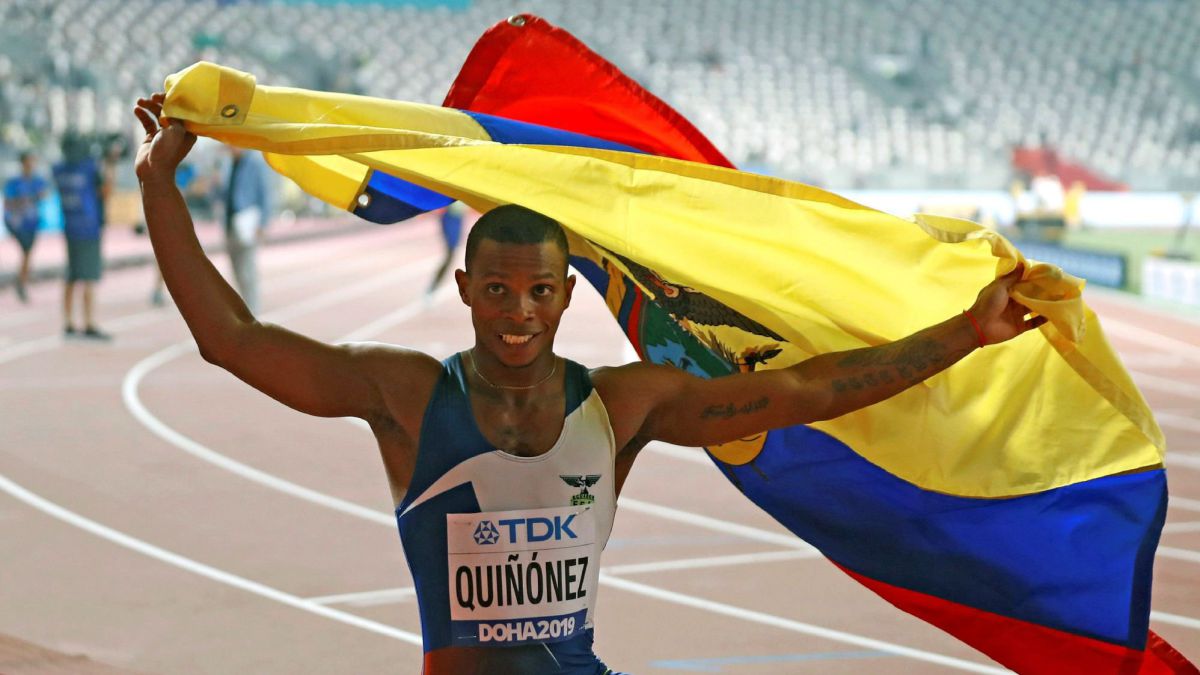 The Ecuadorian Alex Quinonez, current world bronze medalist in 200 meters, has been suspended one year by the Athletics Integrity Unit (AIU) for not being reachable three times within a twelve-month period for doping controls.

The athlete of the FC Barcelona has infringed, according to the AIU, the Article 2.4 of the Anti-Doping Rules, which considers three omissions in said period as a positive, and transfers the case to World Athletics Disciplinary Tribunal.

Quiñónez’s suspension takes effect for one year from June 21 of this year, so it could compete in the Eugene World Cups (Oregon, USA), which will be disputed from July 15-24, 2022.

Elite athletes around the world are required to report their whereabouts for one hour every day of the year and be contactable at the address they have entered in the computer program in case they are required to pass surprise doping controls.