Ecuador: the third Minister of Health resigns since the beginning of the pandemic 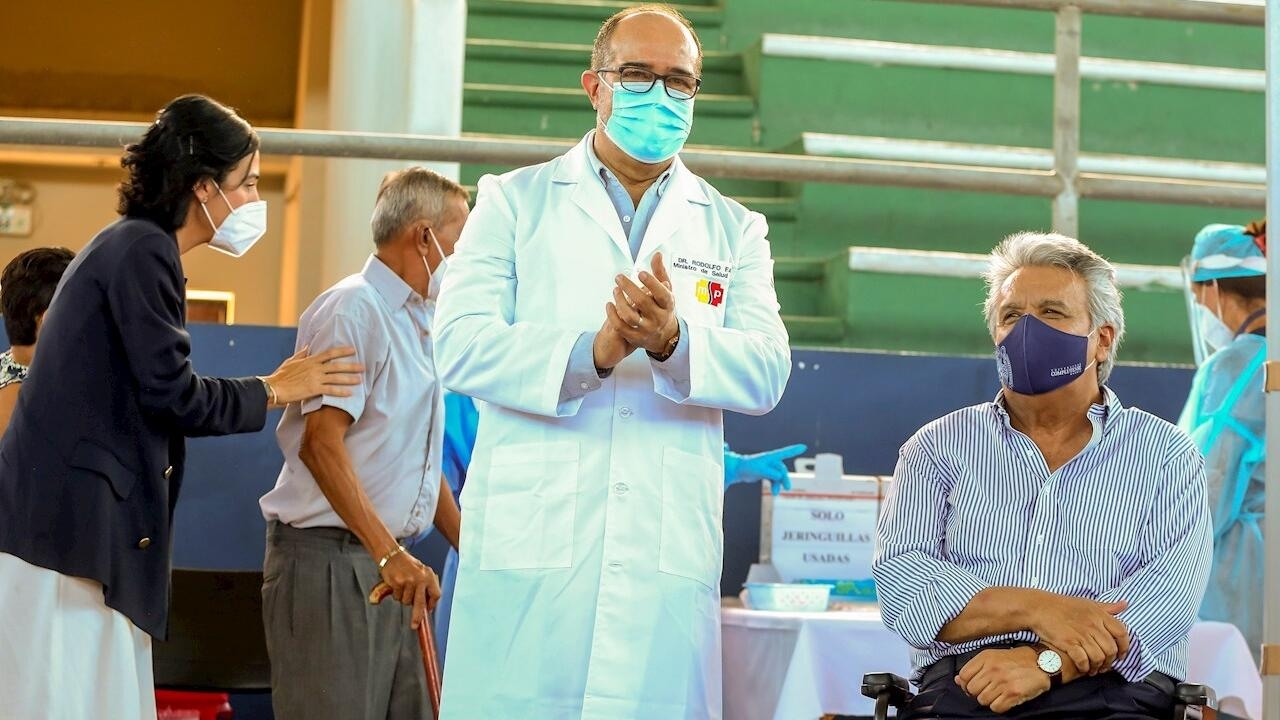 The Ecuadorian Minister of Health, Rodolfo Farfán, resigned his position less than 20 days after taking office due to the scandal of the privileged lists in the vaccination process that were published by local media.

The crisis in the Ecuadorian Ministry of Health is still present after Rodolfo Farfán resigned on March 19. Since the pandemic began, three ministers have held this portfolio, four since Lenín Moreno’s term began. Less than a month before the ballot in Ecuador and the end of the Moreno period, cases of corruption around vaccines are exacerbated in the country.

Farfán resigned from his position after a local media outlet published several lists of priority personalities in the vaccination process, something that skips the inoculation order established in the country.

Farfán resigned just 21 days after his predecessor, Juan Carlos Zevallos, also did so amid criticism for the so-called “privileged vaccination”, including the mother of the official in a center for the elderly.

The media ‘La Posta’ confirmed that among the people vaccinated ahead of time would be the wife of President Lenín Moreno, Rocío González; Defense Minister Oswaldo Jarrín, and Fredy Miño, the official who pushes the president’s wheelchair.

In addition to these names would be those of former political figures relevant to the Andean country, such as former President Oswaldo Hurtado and former Minister of Economy Pablo Better. A very loud scandal in the country that, however, has not received a response from any of those named or from any official source.

The exact reasons given by Farfán for resigning from his position are unknown, since the announcement was not accompanied by any kind of explanation.

In the Moreno period they have occupied this portfolio Veronica Espinosa, from May 2017 to July 2019, who resigned due to criticism of the basket of medicines; Catalina Andramuño, from July 2019 to March 2020, who left her post due to mismanagement of the pandemic; Juan Carlos Zevallos, from March 2020 to March 2021 and now Rodolfo Farfán.

Farfán took on the challenge of speeding up the vaccination process in the country, something that has been widely criticized from opposition sectors and citizens and has not been able to cope.

Investigations set their sights on the Ministry of Health

The investigations into Zevallos for irregular vaccination began at the Ministry of Health just two days ago. Zevallos left the country as soon as he resigned from his position, moving to the United States, his usual place of residence before the ministerial performance. The complaints indicate that Zevallos would have authorized to vaccinate people who were not at critical risk.

“The versions obtained show that there is a detailed registry of the vaccinated people, which suggests that there is information that has been hidden and that it would serve for the investigation carried out by the Prosecutor’s Office,” the Office of the Attorney General of the Nation reported on Wednesday.

Until Friday, Ecuador had inoculated doses to only 121,054 people despite the fact that the first vaccine was given on January 21. An extremely slow pace that many do not understand.

The Government of President Moreno announced that with 200 million dollars they would acquire about 20 million doses to vaccinate about nine million people this year, something that represents 60 percent of the population.

Moreno’s Executive has received numerous criticisms since before the pandemic for his management, something that is reflected in his instability. In four years, more than 90 ministers and national secretaries have passed through the different government portfolios.

Angelo Gabriel, the youngest to score in the Copa Libertadores