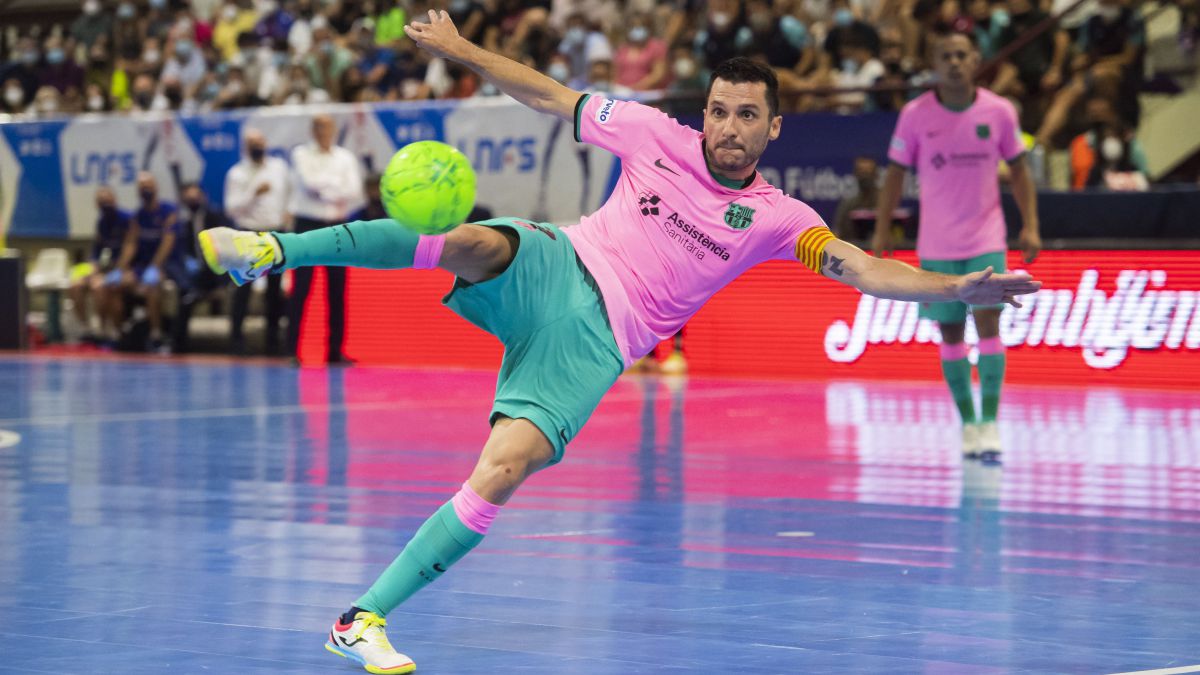 Dyego proposed this Sunday to extend the final to the misfortune of a Levante who saw how a fantastic opportunity to lift his first league title escaped him, on his court with nearly a thousand fans. But the Brazilian wing of Barça starred in a formidable performance in Paterna. A constant danger that became the determining factor in the second match of a final to be decided at the Palau. Barça saved the match ball … but with a lot of suspense due to the final Levantine arreón, which caressed a historic comeback. However, Barça survived and will have the advantage that the final match will be played on Wednesday on their court. A meeting in which the two best teams in the league championship, those that will represent Spanish futsal in the next Champions League, will meet for the last time face to face with the League as a prize.

It has been twenty years since the main national title has been won by one of the big three: Barça, Movistar and ElPozo. And the Catalans came out with the certainty of the one who has been seen more times between a rock and a hard place. He was superior in those first minutes, but they needed to turn that dominance into goals. Fede and the posts truncated the attempts of those of Andreu Plaza, that they had Ferrao as a reference, but this time they were not right until Dyego appeared. The board worked, but because the Brazilian put the magic on it. A shot in foreshortening became 0-1, a real goal that marked the way.

But neither the superiority of Barça in the first minutes, nor the scoreboard against it made the stands stop believing. And even more when after the restart, the fans found another Levante. It seemed as if the nerves with which they had started had disappeared when logic prevailed on the scoreboard. The local team began to worry more about Dídac’s goal. Both Esteban and Pedro Toro began to find balls in the pivot position, which made the Barça defense even more uncomfortable.

And so the tie came. Gallo found Esteban, who received his back and left the ball to the Brazilian to tie the duel. The Levant, which had been on the ground, had risen and there was fighting. The fans knew it and pressed in the stands. They were the worst moments for the Catalans, who nevertheless continued to reach Fede’s goal.

That’s when everything changed. And of course, the one who turned the inertia was again Dyego in a play that sums up his gameor. The Brazilian squeezed the ball out of Mario Rivillos, stole it despite the fact that the Levantine player tried to make him need to stop him, but he got away and defined against Fede. The blow caused Levante to resort to the goalkeeper-player and, although in the first play with superiority Usín collided with the stick, the reality is that Barça’s defense worked. Coelho and Marcenio, with an empty goal, put a 1-4 that, with a minute and a half to go, seemed definitive.

But, once again, futsal showed its magic and Levante, totally overturned, shortened distances through Rivillos and Usín scored 3-4 in the absence of 37 seconds for an agonizing end to be experienced… as an aperitif of what is expected on Wednesday at the Palau. An all or nothing duel.