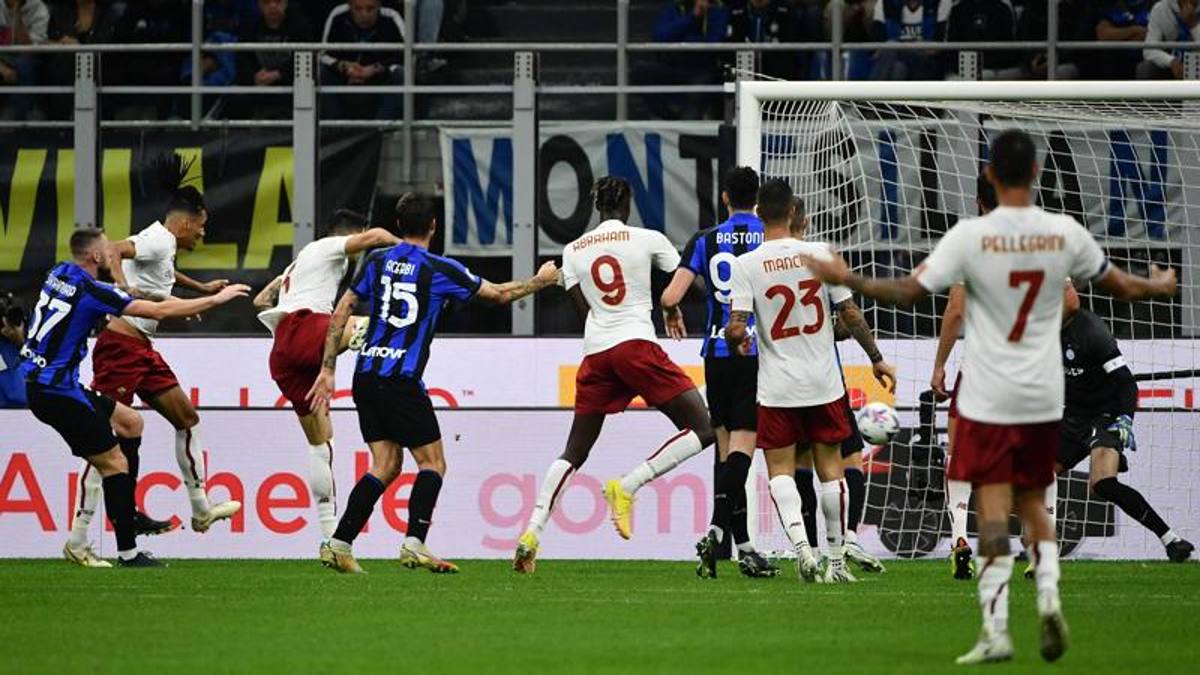 Dimarco gave the Nerazzurri the lead, but the former Mou team came back with a great goal from the Argentine in the 39th minute and a winning shot by the defender in the 75th minute. Inter with 8 points from the top

José, old king of San Siro, snatches three points from “his” Inter while remaining faithful: this 1-2 of Roma knows so much about Mourinho, it is made up of defense and flashes at the right moment. Inzaghi, on the other hand, does not come out of the shadow he has been in for weeks: even when his team shows signs of some vitality, like this time, he does not collect points, on the contrary, he worsens his crisis. Simone will have to rethink, above all, how tender his defense has become and, perhaps, how much that Argentine 21 who now lives in the capital would have served him.

On the day of the unveiling of Asllani in front of the Nerazzurri public, the surprise is all of José Mourinho, acclaimed by his old fans from minute 1, as if to underline the birthright of Portuguese love: the Roma coach sends the opaque Abraham of season and ferries Zaniolo in front to try to run behind Acerbi. Pellegrini and Dybala should play the part of the raiders, even if the eye of an overcrowded San Siro can only be directed towards Paulo, a missed Interista, seduced and then abandoned by the Nerazzurri before dressing up in the Giallorossi in the summer. Inzaghi at the time chose something else and, now that the flexors are still tormenting Lukaku, he must rely on the eternal Dzeko with Lautaro, spring loaded from his Argentina. And it would be Edin to split the game with a goal from an area pickpocket on a ball that wobbles around him, but the Var sees a millimeter offside. In reality, in the first half Mou’s match plan would not seem to work and the technician – disqualified and invisible to all the curious because holed up in the team bus to watch the match via tablet – will not have been happy: the team is unable to arm restarts. adequate, and so Inter took the field and crushed his Roma, without building great opportunities. Asllani struggles to find the best position, shielded well by Pellegrini, but Barella and Calha have the leg of the best days and are the engine of the first half. From a combination of them comes the blue filter for Dimarco who takes advantage of Celik’s mistake and insults Rui Patricio with a dejected right-handed: the Portuguese is not the best in reactivity, while Federico completes his magical week with the national team by scoring again after the flicker in Hungary. There would be time and space to sink, but it is in that moment that Inter don’t seize the moment as they often do. On the contrary, he falls into the ancient vices and leaves a little more field to the Romanist dribble: the joke is the consequence. Not a joke, but the joke of all the jokes: it is Dybala’s left, served by Spinazzola, to hit Handa who, once again, could have done much better. If books have been written about the feeling of regret for a thousand years, there must be a reason: many at San Siro have thought about what could have been and was not.

See also  Effect Dusan, the “running trident” is born: how Dybala and Morata change with him

While there are still progress on the Inter side compared to the flood in Udine, the biggest problem of the season remains: as soon as Inzaghi suffers, almost everything goes off. And at the beginning of the second half, Roma too no longer find courage from Joya’s unexpected flash, faithful to Mou’s project which will then prove to be a winner. In general, however, in the second half the waters open up and there is more space to attack the game from one side and the other. After 13 ‘, however, one of the most interesting elements of the match comes out and it is curious that the contrast that led to the replacement of Dybala came from his Argentine friend Lautaro: here too fate has a hand. At this point, Abraham would have the task of keeping the ball, but on the contrary it is Inter who find pace and rhythm by pitching their tents for fifteen minutes up front. On the one hand, Asllani’s direction is growing, on the other the Giallorossi defenders are struggling to read the movements on the wing of Dimarco and in the middle of Lautaro, both very inspired: it is a crossbar stamped on a free kick by Calha in the 62nd to photograph this piece of the game with strong Nerazzurri colors. As in the first half, however, the sly Roma resist at the right moment and then stings: a free-kick cross from Pellegrini is turned into gold by a header from Smalling, too alone inside the area. It is the 1-2, the perfect crime, which requires Inzaghi immediate and instinctive changes: up to the final quarter of an hour Simone had not drawn from the bench, an anomaly, then in one fell swoop he sent Mhkitaryan to play the director in place of Asllani and adds a tip, Correa, for Calhanoglu. It is a change of form, a trident of despair, with a subsequent change of external players and entry into the field of Bellanova on the right and Gosens on the left. To this, however, even if captain Pellegrini also loses due to injury (Camara in place of him), Roma only has to defend themselves with a knife between their teeth. The Nerazzurri attacks, to which the very young Valentin Carboni is also added, are however very confused, and indeed there would be room for the restart when José builds a heavy attacking pair Abraham-Belotti. Smalling also puts his head in his area saving the last chance and so Mou can take the first joy against his old adoring people. For Inzaghi, on the other hand, the night above San Siro is black, and in three days Lewandowski will also be passing by.

See also  Milan, what a goal in merchandising: Rossoneri products on sale at the Yankee Stadium 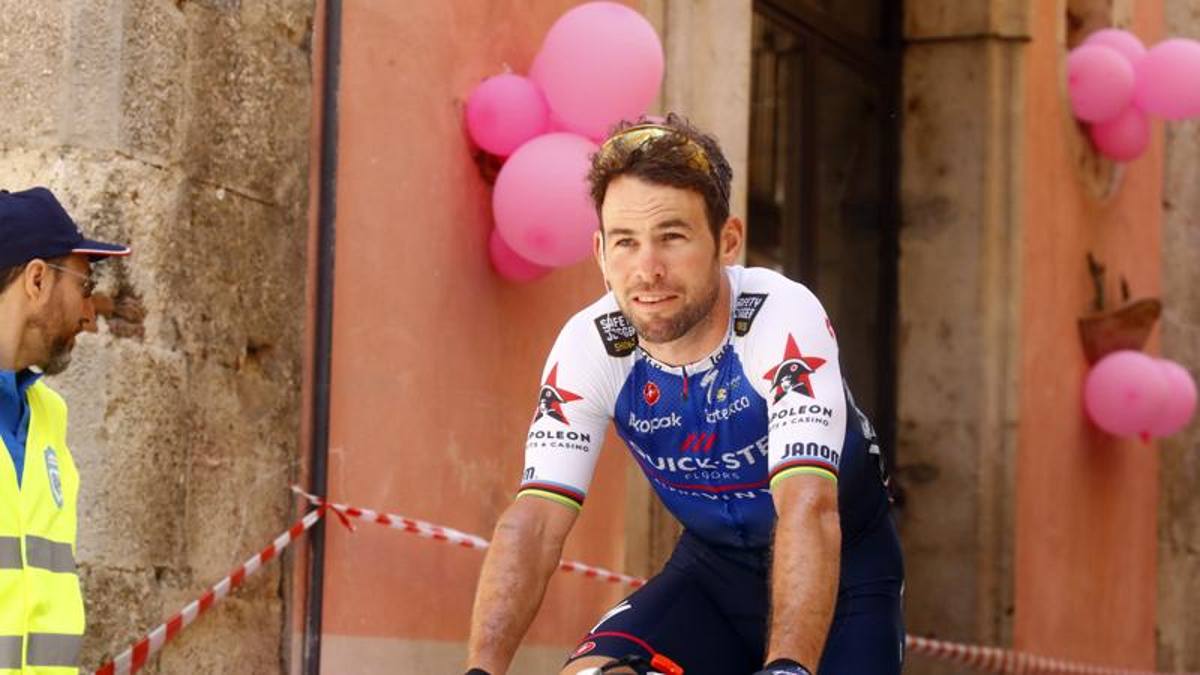 B&B Hotels surrenders: what does Cavendish do now?

Due to economic problems, Pineau's team will not be in a group in 2023: riders and staff on the loose.... 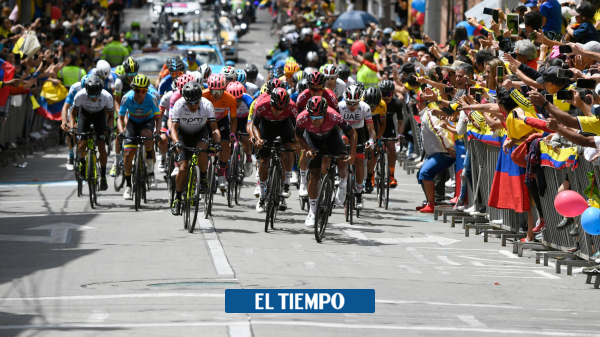 MARKET: The two goalkeepers who could replace Guillermo Ochoa

Guillermo Ochoa The contract with Club América ends in a few days and the goalkeeper is still not renewing with...