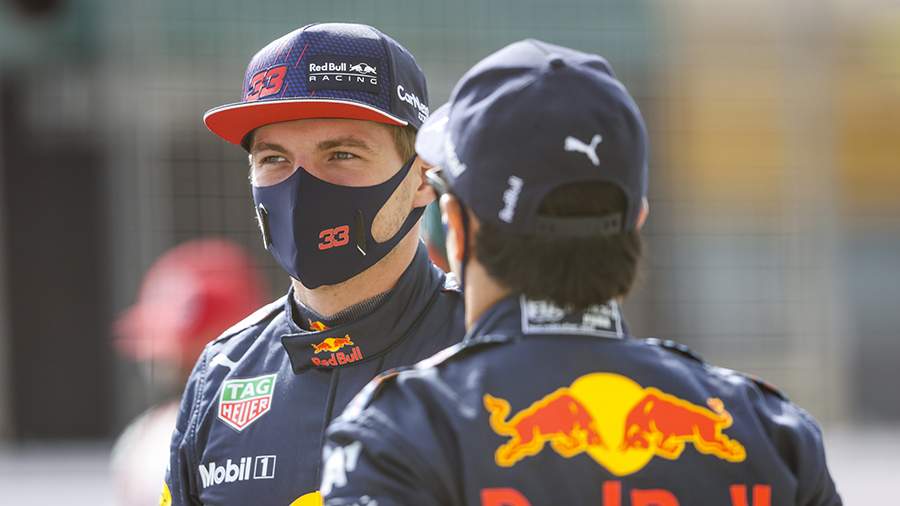 Red Bull pilot Max Verstappen confidently won the Emilia-Romagna Grand Prix, confirming the seriousness of his intentions to fight for the championship title. His main competitor, Lewis Hamilton from Mercedes, managed to save the race and come second after taking off from the track. Thanks to this, the Briton still remained the leader of the overall standings, but the gap from the main competitor was reduced to one point. At the same time Nikita Mazepin finished the Formula 1 race for the first time in his career. The Russian, albeit the last one, made it to the finish line, and not everyone could do it under difficult weather conditions.

The second race of the F1 season turned out to be extremely exciting for the fans, but it turned out to be nervous for the participants of the race. The race was corrected by heavy rain, which covered the track shortly before the start. Even before the start of the weekend, it was assumed that the outcome of the Grand Prix at the track in Imola, famous for its turns and lack of space for overtaking, will largely depend on the results of qualification.

For this reason, the battle for pole position was extremely tight, and Hamilton’s victory in the fight against Red Bull looked more random due to Sergio Perez, who was reinsured when braking at the last corner. Nevertheless, this did not help the Briton to seize the lead, as Verstappen gave the most powerful start: the Dutchman literally squeezed Hamilton out of the track on the first turn.

As a result, he jumped on the race track limiter and damaged the front fender of the car, which affected its speed. In general, the race turned out to be filled with the struggle of everyone with everyone and a lot of accidents. Already on the first lap, the Canadian rider “Williams” Nicholas Latifi left the race after unforced contact with Mazepin, and then crashed the car and the Russian’s partner Mick Schumacher. Nikita himself had a decent race and was able to finish, although he was two whole laps behind.

“Nikita was driving the car that he now possesses,” said Alexei Vasiliev, the winner of the World Cup in rally-raids, the champion of Russia in rally-raids, to Izvestia. – Unfortunately, “Haas” is not yet competitive, but Mazepin himself drove no better and no worse than his team-mate Mik Schumacher. It was clear that both pilots in such a difficult situation – when the track was wet, semi-dry and slippery – tried to fulfill the team’s task: to finish.

After some time, the rain subsided, the pilots began to drive into the pits and change the tires, and the situation on the track stabilized. This was immediately taken advantage of by Hamilton, who began to rapidly close the gap with Verstappen while the latter lost speed, resting on the lagging racers. Everything changed again when the Briton collided with the circular ones – at some point he lost control and flew into a gravel trap.

At the same time, trying to get out, Hamilton made another mistake: he pressed the gas and drove into the bump stop. As a result, the Briton damaged the wing, but somehow got out backwards and went to the pits, losing a huge amount of time. All this threatened him with a gap, which is impossible to win back from the leader, and at best a place in the top ten of the peloton. However, at that moment, another epic accident occurred on the track.

It became such because of the amount of debris on the racing track and the subsequent stop of the race. George Russell attacked Valtteri Bottas from Mercedes, but at some point Williams’ car hit a wet section of the track, after which it flew into an opponent at full speed. The riders had a fight, but Hamilton played into the hands of the incident, since by this moment he was losing a whole circle to the leaders.

After the restart, the Briton’s car was patched up and he began to quickly break through to the leaders. If it was already unrealistic to get Verstappen, who also almost flew out of the track, then Hamilton managed to get close to him. The Briton made his incredible breakthrough from ninth to second place in 30 laps. Moreover, the last competitor – Lando Noris from McLaren – he walked around just three laps before the finish.

“Verstappen has made it absolutely clear today that he is becoming a contender for the championship,” Oksana Kosachenko, the former commercial director of the Caterham team and the ex-manager of the Russian racer Vitaly Petrov, told Izvestia. – He started from the third position and got to the victory already on the first lap. But at the same time, Lewis should not be discounted. He is the most motivated and ambitious pilot to date. Despite the departures and problems that followed him in this race, he made it to the podium. This result is given to a few – the number of people who conducted races in this way is minimal.

The second place allowed Hamilton to score an extra point and remain the leader of the overall standings. But the main thing that the race in Imola showed was not the luck with the red flags or the skill of Hamilton, who managed to minimize the damage from the departure from the track, but the fact that the hegemony of “Mercedes” is over and each next race will be held in the same tight struggle with ” Red Bull. “

– I think, until the last stage, we will observe the fierce struggle between Hamilton and Verstappen, – continued Alexey Vasiliev. – Finally, the fans have waited for a real competition for the title.

Obviously, the German “stable” has lost its technical advantage, so tactics and teamwork will come to the fore. In any case, it promises a revival of intrigue, which fans of “royal races” have been waiting for.

Doctor Carballo’s anger at the second dose of AstraZeneca: “They have already decided that they are going to put Pfizer”