Duel of governments in Madrid 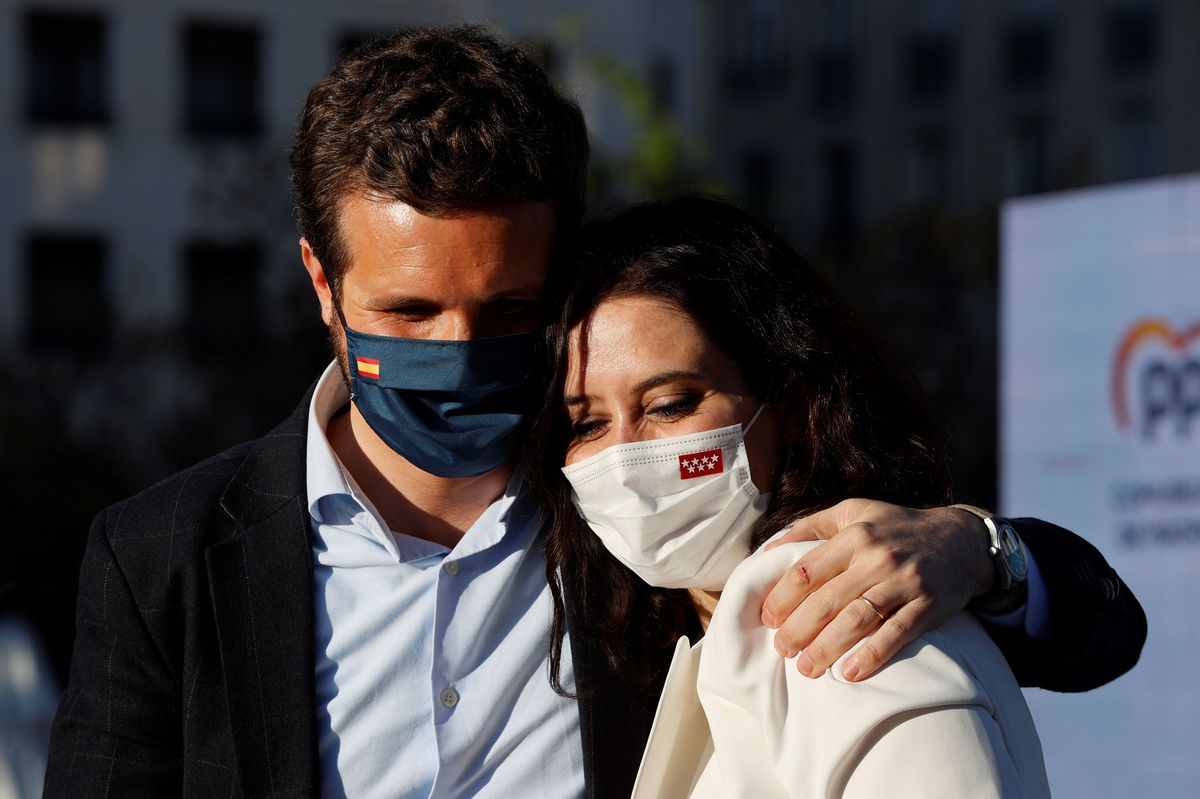 They are the two governments with the most media coverage and perhaps the most powerful in the country: La Moncloa and Puerta del Sol. They have enormous differences, but also some similarities: they both have two electoral gurus as cabinet chiefs: Iván Redondo and Miguel Ángel Rodríguez. It is something absolutely atypical: it did not happen in the other autonomous governments since precisely Redondo implanted the model in Extremadura (when he advised the PP) almost a decade ago, and it had never happened in La Moncloa. And the two, from their centers of power, with their offices close to the leaders, direct the campaigns of the PSOE and the PP and face their strategies for the great political battle of the year: the Madrid elections. This Sunday officially begins a campaign that actually began months ago, when Rodríguez arrived at Puerta del Sol.

Both conceive politics as a permanent campaign in which everything has an electoral effect, and both show their management — Sánchez the vaccination and the recovery plan to get Spain out of the crisis, Ayuso his controversial decision never to close bars and restaurants— as a great campaign claim.

In Puerta del Sol they are delighted with this challenge of facing Sánchez and his electoral team, led by Redondo and Francisco Salazar, his right hand, who have already led Salvador Illa’s campaign in Catalonia and now control Ángel Gabilondo’s. “Sánchez is my rival without any doubt. We are an uncomfortable community for its socialist project, ”Ayuso claimed this Saturday on Antena 3. In La Moncloa they are not so happy with this image of a clash between governments, and they point out that Redondo is not playing it here, that their elections are really the generals and in these he limits himself to helping Gabilondo.

But various socialist sources admit that Sánchez has decided to go down to Ayuso’s mud because he knows that the game is very difficult – the right wing is a clear favorite – and the only way to achieve a great mobilization is by putting into play the best they have. And that is, from an electoral point of view, the president himself.

Even in Madrid, where the rejection of Sánchez is much stronger than in other communities – in fact Ayuso has managed to agglutinate anti-sanchismo in his candidacy and that explains part of his success, even the Socialists admit – the president’s brand image is above that of his own party, the PSOE.

“If we take it out [a Sánchez] they tell us that we have entered Ayuso’s trap. But if we had not removed it, they would tell us that we are losing the elections. And it is not our style. We like to risk. And we are going to fight because it is very difficult. But the right has already mobilized everything it had, now it is the left that can grow ”, they point out from the central government.

Sánchez has not only entered the direct clash with Ayuso. Not only has he put Redondo to achieve this “impossible mission”, as they call it in La Moncloa: recover Madrid for the left after 26 years. In addition, it has placed Reyes Maroto, the Minister of Industry, as an economic figure of a possible Government of Gabilondo. It is the same scheme that he used in Catalonia, where he put the main manager of the pandemic, Illa, as a candidate.

The basic strategy of the socialist campaign, which was to capture the vote of Ciudadanos, is not working, according to the polls. There is hardly any transfer: everything goes to the PP. And there are already internal criticisms in the PSOE for the decision to focus all the focus on that vote – with clear messages such as “not with this Iglesias” – instead of seeking a great mobilization of the left. In the final stretch, they will focus on the latter.

Meanwhile, this Sánchez-Ayuso battle has left Pablo Iglesias in the background, at least for the moment. He imagined a big clash with Ayuso but she focuses on Sánchez. The real campaign, in any case, begins now, with a key debate on Wednesday in which Sánchez will no longer be there and the candidates will be, Iglesias included, the great specialist in this format.

More Madrid is another of the great surprises. Not only does it withstand the onslaught of Iglesias, according to the polls, but it can also fish in the PSOE. The Socialists say that Gabilondo has firm ground, but they admit that until the campaign began he was very missing and that weighs on him. Meanwhile, Cs gets rid of far from 5%, according to the data that the parties handle, and Vox is saved from that burning after the entry of Santiago Abascal into the campaign. Only a Vox drop below 5% would give the left chances, but now it seems unlikely.

Two weeks left. “Things always happen in campaigns”, they repeat hopefully in La Moncloa. In the PP they reply sarcastically: “They are making it very easy for us: Gabilondo will not touch taxes, he says that he would not have closed bars, he just needs to join Ayuso’s list instead of Cantó.”

It seems that everything is ready for a great victory for Ayuso. But nobody gives up. A great mobilization of the left could force a turnaround. La Moncloa and Puerta del Sol will play the best trick they have until the end: their governments, which are in the campaign.

Amazon's Lord of the Rings game would have been canceled

March retail sales were up 16% in the Balearics