Due to the lithium rush, two Australian mining companies merge and set up their headquarters in Buenos Aires 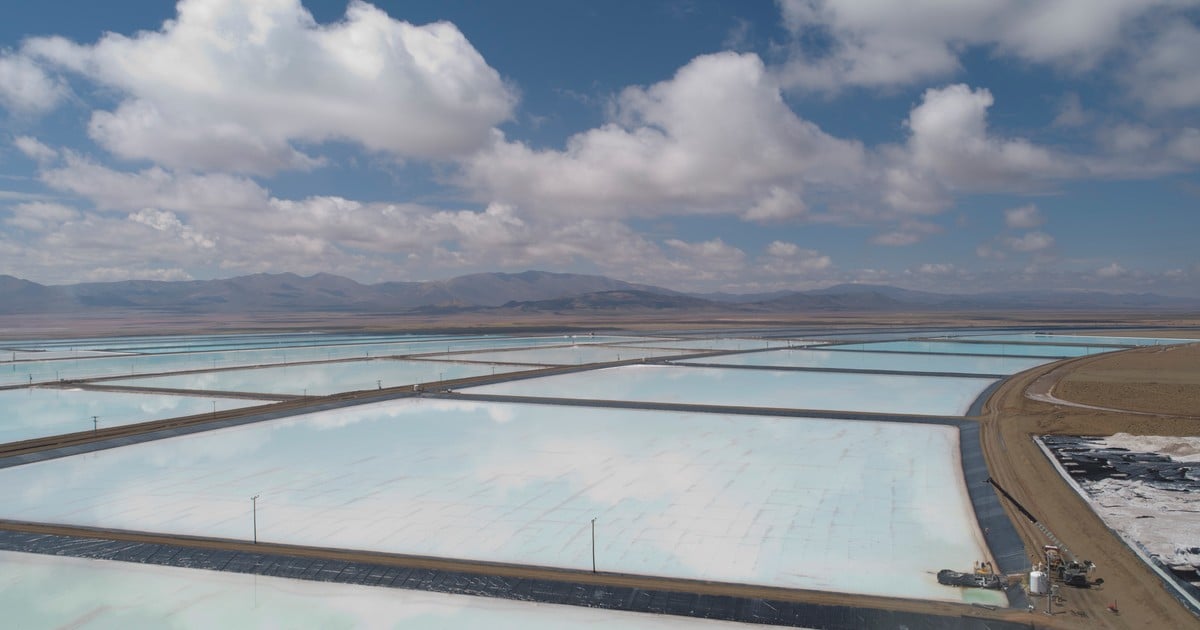 In a context where lithium is on the rise as a basic input for essential batteries in the electronics and automotive industry, it has just been known the merger of two major Australian mining companies: Orocobre and Galaxy. This creates the fifth largest lithium chemical company in the world and its headquarters will be in Buenos Aires. The operation was made for an amount of US $ 3.1 billion.

Both companies already operate in Argentina. Orocobre has a stake in the project Solar de Olaroz, in Jujuy, together with Toyota Tsusho Corporation and the state company of the province JEMSE. And Galaxy, is present in the mine Salt of Life, in the Salar del Hombre Muerto, in Catamarca, the so-called “lithium triangle”, the region between Chile, Argentina and Bolivia.

Currently, Argentina has only two lithium projects in production (of which one is on standby) with about 38 thousand tons LCE (lithium carbonate equivalent) that are destined for the foreign market. However, according to the data managed by the Chamber of Mining Entrepreneurs (CAEM), production is expected to double between 2020 and 2022.

The lithium map, according to the Chamber of Mining Entrepreneurs (CAEM)

The entry into production of the Salar de Olaroz project practically doubled Argentina’s production and placed it as the fourth main lithium producer with 8% of world production, according to the entity. “However, we have not been the country that most took advantage of the increase in demand”, they explain in the chamber. “Between 2016 and 2020 it is calculated that Australia doubled its production, while China doubled it six”.

From now on, then, the new company will have assets of hard rock, brine, and chemicals in Australia, Argentina, Canada, and Japan and will be able to accelerate development and sell in global markets. A not minor fact is that China today consumes 39% of world production.

The new mining company has no name yet. As the statement explained, “in due course a new name will be selected for the merged entity that represents the global reach of the new entity, which will it will have its headquarters in Buenos Aires, Argentina, corporate offices on the east coast of Australia and an office in Perth “, another city in that country.

On the merger, Galaxy Chairman Martin Rowley commented: “The agreement provides Galaxy shareholders the opportunity to share in the significant benefits of being part of a larger diversified group and the synergies that are expected to be available to help enhance and advance our portfolio of world-class assets. The merged entity’s growth opportunities in both brine and hard rock position it uniquely to take advantage of the expected increase in demand for lithium from electric vehicles ”, He said.

Meanwhile, the president of Orocobre, Robert Hubbard commented: “Orocobre and Galaxy shareholders will benefit from the diversification, growth and scale of a lithium chemical company among the top five in the world,” he said.

According to him CEO and Managing Director of Orocobre Martín Pérez de Solay: “The merger unifies assets and teams with highly complementary skills and knowledge, with a unique opportunity to create a leading independent lithium company. The merger consolidates the group’s combined position in Argentina and it will provide us with significant operational, technical and financial flexibility to generate the full value of our combined portfolio, ”he said.

With this move in the lithium chess, the new mining mega-company is positioned in fifth place in the global ranking behind Ganfeng Lithium Co, Albemarle Corp, SQM and Tianqi Lithium Corp.

"We have realized that we depend on each other to survive"

Heavy firefights: At least 25 dead in the bloodiest police operation in Rio’s history