Due to the increase in infections, Buenos Aires hospitals reassign staff for Covid care 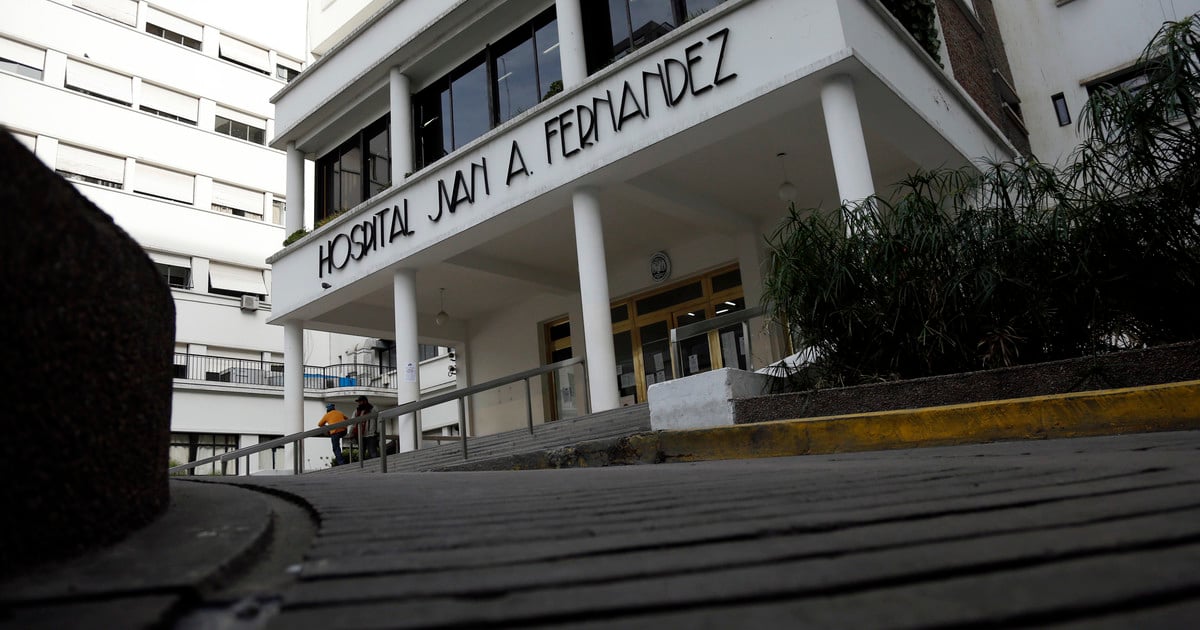 First, they stopped taking turns for non-urgent consultations. Then they started cancel postponed surgeries. Now more and more workers in Buenos Aires hospitals come to attend to patients with suspected or confirmed cases of Covid. In days with records of infections, all the energy is taken by the pandemic.

According to the City Government, one in three workers of Buenos Aires hospitals is being reassigned to Covid care. In the Argerich, Fernández, Santojanni and Muñiz hospitals that proportion is even higher. It is an attempt to deal with the second wave of coronavirus, which seems to have no ceiling yet.

Most of the reassigned workers are outpatient physicians: clinicians, pulmonologists, cardiologists, anesthetists and cardiovascular recuperators. In the last days They went to attend therapies, Covid floors, guards and Febrile Emergency Units (UFU), according to the Ministry of Health of the City.

Non-medical hospital workers were also reassigned, as happened in a hospital in Caballito, where they suspended a service linked to social assistance to refer all personnel to pandemic care.

“There is an accelerated refunctionalization, even of non-strictly medical personnel, such as psychologists and social workers ”, says Jorge Gilardi, president of the Association of Municipal Doctors (AMM) and gynecologist in Piñero.

In the City’s public hospitals, more and more medical and non-medical professionals are reassigned to the care of Covid sectors. Photo: Maxi Failla

The thing is “Covid does not end in the physical care of the patient, but includes the psychological restraint of the isolated patient. With the coronavirus we had to duplicate the social and human aspect of medicine, ”observes Gilardi.

The Buenos Aires government also highlights that they are incorporating doctors, nurses, kinesiologists and technicians in all the public hospitals of the City. However, “only in the next few days will we know exactly how many workers we add, since we are in the process of appointment,” says a spokesman for the health portfolio.

The incorporation of personnel is observed, especially, in the Álvarez hospital: “New personnel never stopped being hired, something that was not easy: there is little supply and a lot of demand “, remarks a doctor of the establishment.

The same occurs in Fernández, where its workers emphasize that personnel were hired to cover UFU and critical areas. There, in addition, “Unit 22, which was previously a Cardiology unit, became a Non-Invasive Ventilation (NIV) or high-flow room, and the Intermediate Therapy that was not Covid became Intensive Therapy Covid ”, you need a head of service from that hospital.

Where are the Febrile Emergency Units (UFU)

However, some doctors say that the establishments where they work still lack new inpatient personnel. One of them, from the Ramos Mejía hospital, regrets that workers have not joined the two Covid clinical care rooms for moderate and severe patients. “There are only new ones in the UFU, where the triage and swabs are done ”, he observes.

“We are the same as always with more tasks and more hours of work,” claims this doctor, who prefers to keep his identity confidential. And it specifies that, for a week, those who have asymptomatic or mild cases go to Dermatology, Gynecology, General Surgery and Urology rooms, where they are treated by doctors of these specialties, “who they are not trained to deal with Covid cases ”.

A similar panorama is seen from the Assembly of Residents and Attendees of the City. “The Clinic residences destined for the non-Covid Clinic areas took over the Covid areas. The largest hiring that took place was for the UFU, not for care at the hospital level, which has many gaps that end up covering residents ”, remarks the doctor Fabián Lang, from that organization.

In the Santojanni, the doctors say that the Intensive Care rooms are fully occupied and that they are trying to reassign other spaces, but it is complicated. “There are 24 ICU beds, half for Covid. Now non-Covid beds already have three coronavirus patients. And they want to set up five more, but there is no staff to manage those extra beds ”, says a specialist who has been working at that hospital for two years.

Almost all the Buenos Aires hospital workers were vaccinatedAccording to official sources, who consulted by this newspaper could not specify whether with one or both doses.

According to open data published on the City Government website, 167,093 health workers (hospital and non-hospital) were vaccinated in the City, of which at least half received the second dose.

What the decrees say

At the end of last month, the Buenos Aires government had ordered “to readapt the guard observation rooms” to “receive Covid patients, Covid Suspects and Non-Covid patients who require hospitalization until a bed is released in them.”

So reads the decree of the Ministry of Health of the City published on March 27. It was also resolved “to select and train those personnel who have the potential to work in critical and floor areas with greater complexity than usual” and reduce by 30% scheduled surgeries in patients without risk of life.

This last measure was deepened five days later, when another decree was published that establishes the suspension of the granting of shifts for these types of surgeries and for non-urgent consultations.

Through this last resolution, it was also determined that the beds destined for scheduled surgeries would become occupied by coronavirus patients. Also, that the spontaneous appointments for consultations were maintained only to treat or control patients with health problems who could not discontinue their care.

Kuwait reveals the outcome of the new Corona