Due to the fight with the President, the opposition closes ranks with Horacio Rodríguez Larreta 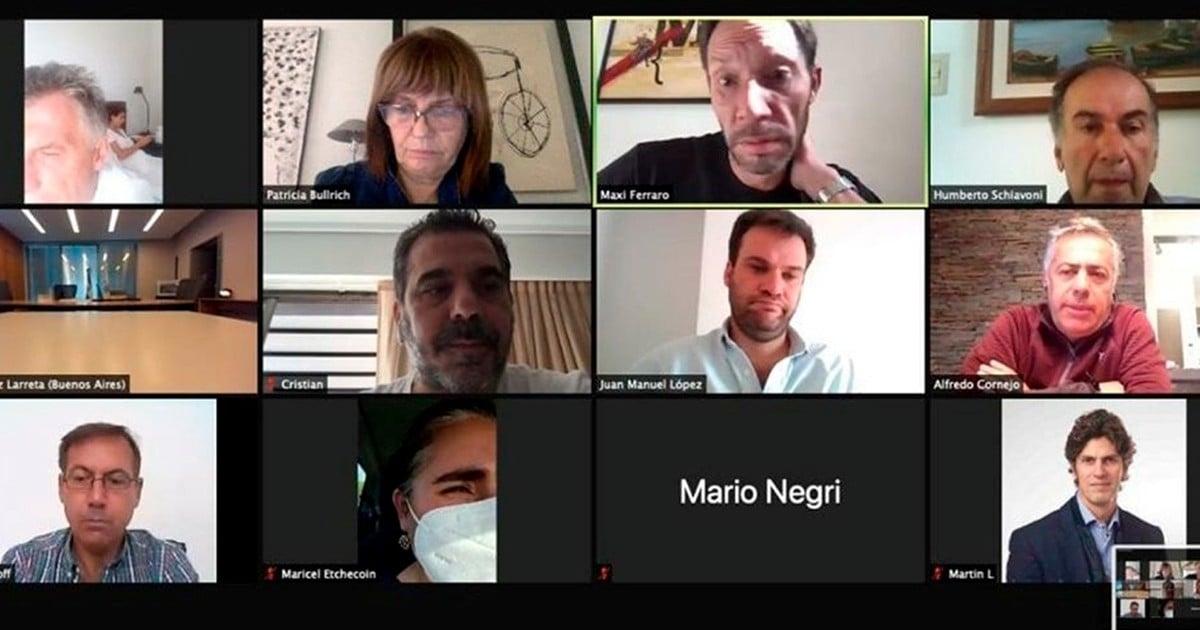 Horacio Rodríguez Larreta’s frontal break with President Alberto Fernández due to the new restrictions amalgamated the differences -at least discursive- within Juntos por el Cambio, which is hardening in line with the Buenos Aires head of government. The credit, in part, is awarded to the Government itself: “They leave no other choice“, they assure.

The fight that is already escalating to Justice – Larreta presented an amparo and the Procuratorate ruled that the Supreme Court is competent to intervene – has political bases and its antecedent in the first blow of the Nation to the City: it removes it in the coparticipation.

In the course of the last hours, the President called Larreta “unfair” and “ungrateful” and the porteño accused the president of being responsible for this situation because “he did not comply with the vaccines he promised.”

Meanwhile, Chief of Staff Santiago Cafiero pointed out that Mauricio Macri is “the head of the opposition” and that it was he who “marks the field in a tweet and tells him practically what he has to do.”

“They work to divide us but they consolidate us more“, assures, with sarcasm, an authority of the National Board of JxC.

The criticism of the restrictions announced by the President and the suspension of face-to-face classes at the AMBA buckled the entire opposition arch, which now he will be fighting for “open schools” more than ever.

Larreta’s attitude, meanwhile, was celebrated indoors, mainly by those who see him as “too dialogical.”

In turn, the City is the opposition bastion with the largest window. “Everyone knows that if the Government twists the arm of the City it is a problem for the entire opposition,” analyzes a Buenos Aires leader.

Likewise, a stronghold of the harshest expected even more. “If it is unconstitutional and the Executive does not have power over the City, it could send classes and that’s it. Parents are waiting for that too,” they say.

This reading is in line with the idea of ​​Macri who in the networks called on the mayors of the Province to challenge the measure. “They have the opportunity to impose their leadership so that the few schools that are open continue like this,” he said.

Doors outside, the speech became unanimous and points directly against the Executive. “The seriousness and consequences of any measure requires great rigor in the analysis of the evidence. Unfortunately, the president did the opposite,” Martín Lousteau told Clarín.

“Fernández devalues ​​his word day by day and weakens with attitudes of this type. The province of Buenos Aires, with Axel Kicillof, marks the field,” added radical senator Luis Naidenoff.

The Civic Coalition led by Maximiliano Ferraro released a document this Saturday in which they also point to Cristina Kirchner. “The vice president does not have power but she does have an attitude and capacity for immeasurable damage,” they point out and lament the radicalization of the President.

The crisis occurs in the midst of the search for an agreement between the ruling party and the opposition due to the shift in the date of the elections. “With this tension it is very difficult to agree”, recognize the main parliamentary swords of JxC that must carry out the negotiation.

At the last meeting, the JxC Board delayed giving a response on this issue, but the majority agreed to endorse the shift if a “security clause” is incorporated to prevent the postponement from later becoming a suspension.

But the government’s “attacks” on the opposition reopen doubts. The most radical believe that it is not the time to “give anything” to the ruling party, while others consider that the agreement is convenient.

“The bad climate with the government should not prevent an agreement to run the elections because it is something that benefits society and politics that should not be on the campaign trail since June,” says Juan López, in line with Elisa Carrió.

Ernesto Jiménez and Antonella Bacco got married in the United States

The Government pointed out against Together for Change: ‘There is a policy of prosecution when you do not win at the polls’