Due to the crisis and cultural changes, meat consumption falls to the lowest level in history 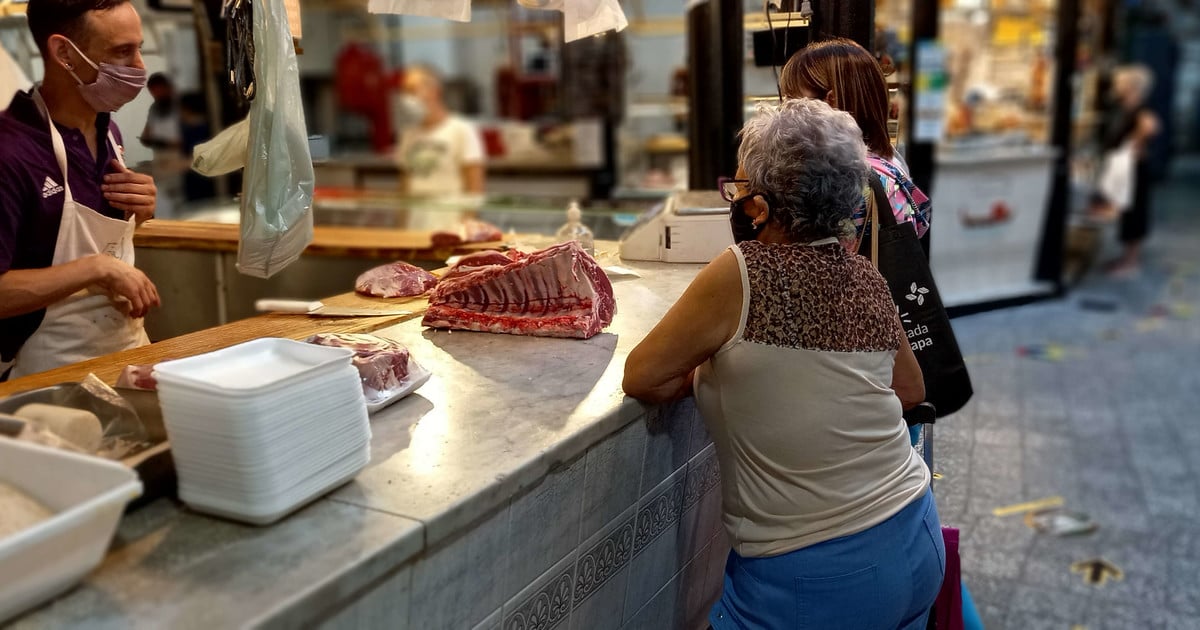 The consumption of beef fell in the first quarter of the year, falling below 50 kilos per capita mainly due to “skinny pockets” of Argentines, according to the Chamber of Industry and Commerce of Meat and Derivatives of the Argentine Republic (Ciccra).

And in this context, it is expected that this year consumption levels will continue to sink even more than in 2020, when it had reached the worst year in the last 100. For the experts we are already at the lowest level in history.

Of the 82 kilos on average that each Argentine consumed in the 1960s, it decreased as the years went by, according to data from the Argentine Beef Promotion Institute (IPCVA). In the 1970s, it fell to 82 kilos while in the 1980s, it dropped to 78 kilos. Already in the 90s, the decline was more abrupt, decreasing to 70 kilos.

In the new millennium the fall was even more accentuated and from the 65 kilos of beef eaten per inhabitant, it went to 57 kilos in 2010 and finally, to 50 kilos in 2020. “In 60 years, we lost 40% of the consumption of beef ”, calculated the Chief Economist of the IERAL Institute of the Mediterranean Foundation, Juan Manuel Garzon. And for this year the downward trend will continue and according to Garzón’s estimates, it will fall to 46 kilos.

The lower purchasing power in the pocket, the rise in unemployment that has occurred in recent years and the sharp increase in the value of beef had a full impact on the decline in consumption.

“In February prices were ironed, but there was a 73% year-on-year increase on average, 40 points more against the increases in wages,” he compared.

Precisely, a recent study by the Mediterranean Foundation showed that the fall in purchasing power and the rise in prices caused that the amount of monthly meat that can be bought with an average salary is at historical lows and does not seem to reverse trend. According to calculations, in January and February the salary was enough to buy only 106 kilos of beef per month. In 2020 the number had been 127. The best record since 2005 was in 2017 when 159 kilos per month could be bought and since then there has been a marked decrease. In 2018, it went to 156 kilos, while in 2019 it dropped to about 139 kilos.

The cuts that became more expensive in the last year were strip roast and rump tail, which exceeded 81%, according to the IPCVA data. Beyond this increase in recent times, for Leonardo Rafael, president of the Argentine Chamber of Slaughterers and Suppliers (Camya), the value reached a ceiling due to the fact that it coincided that the purchasing power of the population is decreasing. “You can’t charge more for meat. But it is delayed by 15%, it is being absorbed by the butcher (logistics) and the butcher shop ”, he said.

In any case, in total each Argentine continues to consume the same amount of animal protein. In 2020 it closed with an intake of 108 kilos per capita among the three meats, very similar to 2019, but well above 30 years ago, which did not reach 95 kilos.

Garzón pointed out that in the 90s the consumption of poultry meat was 20 kilos and now it is between 45-49 kilos. Meanwhile, pork consumption increased from 7 kilos to 14-16 kilos in the same period.

“Of the three meats, the price of pork was the one that rose the least,” he added but stressed that both chicken and pork also had a strong rise, of 68% and 53%, respectively, in the last year. In this sense, the new food trends are beginning to influence but for now, in an incipient way. A few years ago, vegetarians and vegans began to emerge who see meat as “an enemy”.

At present, continuing with data from the IPCVA, in Argentina there is 66% of the carnivorous population and it continues with traditional consumption habits. But 29% are already flexitarians (they eat meat to a lesser extent), 3% are vegetarian and 2% are vegan. For Adrián Bifaretti, from the IPCVA, these new trends are very marked in the youngest than in previous generations