Due to the coronavirus pandemic, Paris looks dirty and smelly: An open dumpster? 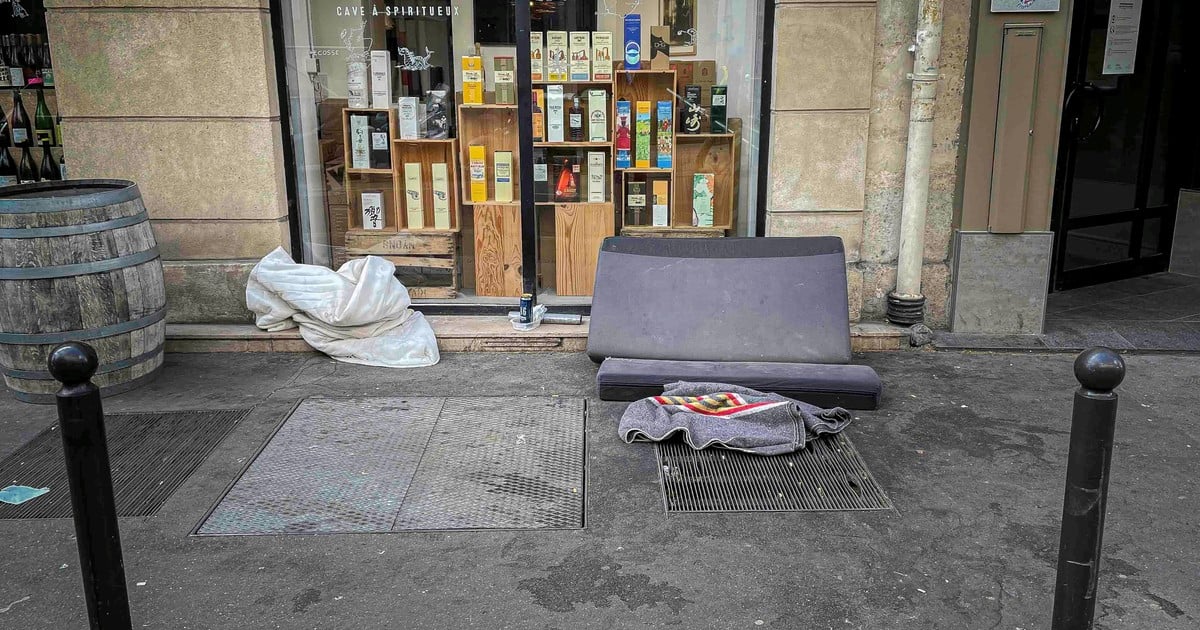 Shortly after curfew at seven in the afternoon, two great rats crossed the Faubourg St Antoine with lord, in broad daylight. The only one rushing them was a cyclist from the Deliveroo delivery, with his command, who was advancing at full speed on the bike path, the other ecological revolution in Paris in a coronavirus pandemic.

The image represents these accusations of “dirty Paris”, which harass the reelected socialist mayor, the Franco-Andalusian Anne Hidalgo. “An open-air garbage dump”, as described by the French correspondent for the British newspaper The Guardian, Kim Willsher.

The “City of Light” is dirty and without too many lights for ecological reasons. At midnight, the illumination of the monuments goes out. With the French in curfew and “teleworking” for the most part, garbage has multiplied in Paris, which does not shine as before.

Garbage men, like nurses and other health personnel, are the heroes of the pandemic. They work under the worst conditions of the Covid. But on social media, people show overflowing trash cans and containers. To these are added the graffiti on all the free walls and an unpleasant smell, when the sun hits the trash.

Parisians have accused the re-elected socialist mayor Anne Hidalgo, who has presidential claims, of “negligence”. Some have shared images showing dirty and run-down areas of their city.

The hashtag #saccageparis (Paris shattered) has been trending on Twitter during Easter, with people displaying images of overflowing containers, graffiti and painted walls.

Anne Hidalgo is in the crosshairs of many of the critics online, who accuse her of letting the streets go to ruin.

One wrote: “Paris has not been a city of light for years @Anne_Hidalgo has turned it into an open-air dump!” Political rival, xenophobic Marine Le Pen also criticized Hidalgo, tweeting that the images were a “national suffering”, which “breaks the hearts of lovers of Paris”.

Attack of the extreme right?

But some Twitter users said that the campaign appeared to be a partisan political attack against the mayor, while the Paris City Council called it a “smear campaign”.

The mayor’s office shared an image of some of the 2,500 garbage collectors city ​​workers, as well as some of the most attractive sights in Paris.

Trotinettes and bicycles multiplied in the pandemic and have generated a serious problem of coexistence between passers-by and drivers, who do not respect the code of the route, insult pedestrians and for them, there is no right or left to pass. Anything goes. Accidents against pedestrians are multiple and traumatizing for the elderly and mothers with children. Cyclists consider themselves the rightful princes of the road and insult pedestrians, with memorable arguments.

“Every day city officials work to make Paris more beautiful and they do it well. Thanks to them,” Hidalgo said.

The Paris City Council tweeted that the problem was common in many French cities and claimed that some of the photos were old or taken before the garbage was collected. COVID also meant that 10% of garbage workers were absent from workadded.

Paris produces 3,000 tons of garbage daily and it has 30,000 garbage cans, designed after the attack with a stainless steel circle and a plastic bag, which reveals its interior.

The mayor has launched the DansMaRue application, which allows residents to report problems in their neighborhood. The Alcadia dedicates 600 million euros yearly to clean up the city.

“I went to vote in the middle of the pandemic and I voted for Hidalgo. There were not many of us. I’m from the left. But I wonder why we vote her if she can’t listen. It is authoritative, does not know how to agree and the city is disgustingly dirty “said Christine, a podiatrist in Paris, not far from the Gare de Lyon.

Without the 60 million tourists who visit Paris but with its inhabitants confined, the city is even dirtier than before. Restaurants are closed, as are bars, brasseries and museums. More garbage is produced in buildings than before because everyone is at home.

But cleanliness has become the priority of Parisians. They are bothered by cigarette butts on the sidewalks, overflowing garbage cans, masks thrown on the sidewalk, and dog poop in their wake. Also the “homeless” sleeping on the sidewalks. More gypsies asking in front of money distributors and the wave of robberies and insecurity in the pandemic. The streets have also become unsafe, at any wave of the day, due to outbursts and robberies in buildings. A product of the economic crisis.

Another issue is the mayor’s ecological urbanism. She has decided to incorporate organic materials such as street furniture in squares, such as wood and stones, which without the respective maintenance, degrade more quickly The flowerbeds around the trees in the streets, which she sponsored for the neighbors to maintain, have been mostly abandoned to their fate. Few have flowers.

Also the “homeless” sleeping on the sidewalks. More gypsies asking in front of the money dealers. Photo Noel Smart

The pandemic has thrown thousands of people onto the streets because they have lost their job or their department. The avenues of Paris, its passages are covered with colorful tents where couples live, single men or migrant families, with children. Added to them are the “clochards”, who traditionally inhabit the streets and bridges of Paris. Even in the Place de la Concorde, next to the presidential palace of Emmanuel Macron, the SFD sleeps, who have no home.

But the Parisian dirt seems cultural. The state has a babysitting role in the life of the French and they believe that it is he who should take care of what they mess up. Added to them is the lousy habit of peeing in the street, against the wall with the stinking consequence.

Anne Higalgo, re-elected in the middle of the pandemic with a high abstention rate by the Covid, accused those who criticize her of a “campaign of denigration” of the far right but admits a cleaning problem.

She wants a debate on “the new aesthetic of Paris”, which is part of the problem. It has begun to rebuild it ecologically and urbanistically in an inconsistent, brutal way, without consensus, in the name of climate change. It is what bothers those who live in Paris the most and they suffer their changes, traffic jams, being late for work because of them, taking hours to cross the capital for that reason. And a city one hundred percent for bicycles. Not everyone is willing to accept it. They accuse her of “destroying” the city where they were born, grew up and want to continue living, with a lifestyle.

The conservatives, meeting in Los Republicanos, wrote that “faced with the denial of the reality of the municipal team, we demand the immediate maintenance of an exceptional Paris Council devoted to the problems of cleanliness and health in Paris.” It was written by Rachida Dati, the mayor of the VII district of Paris. “Launching a great public health plan becomes a human and sanitary emergency” launched Agnés Evre, Republican. “Demagogy”Replied Emmanuel Gregorie, Hidalgo’s first deputy in Pâris.

Hidalgo, a very ideological mayor but without too many political allies, decided to politicize the problem: accused the extreme right of injuries. “More than an attack of fury from the angry inhabitants, this is a campaign of denigration” launched against her by the far right on social networks.

74 percent of Parisians are dissatisfied with Hidalgo’s action on issues related to cleanliness. Photo Noel Smart

Hidalgo prepares his presidential candidacy for the year 2022 and mentions Rachita Dati, Valerie Pecresse and Bruno Roger Petrit, Macron’s advisor, as behind her.

74 percent of Parisians are dissatisfied with the action of Hidalgo in cleaning matters. When a Brazilian tourist filmed a dozen rats wandering around the Eifel Tower, the video went around the world.

Migrants roam the city without a decent exit, which dispute the government of Emmanuel Macron and Hidalgo like a hot potato. They need a quick process for their asylum, a protective accommodation and to know what their fortune will be in front of the administration, without wandering aimlessly in the city.

The social mix in the neighborhoods must be applied to avoid the “ghetization” that today reigns in Paris.

The ephemeral terraces of the closed restaurants appear abandoned, in the open, without maintenance. The huge concrete bars, which separate the streets from the bike paths, enrage Parisians. Like the blockades in the streets of future works, that stop the traffic but they are not made and they impede circulation. A way to reduce the space for cars, the great enemies of Hidalgo.

The mayor has promised to double the budget for the cleanup of Paris. It seeks to “decentralize” cleaning to give the mayors of the neighborhood “the means” for them. “They will have them quickly”, he promised.

Faced with criticism, Hidalgo denounced a “highly orchestrated campaign” on the networks. “A simple method of Trumpization of political life everywhere and that includes France” he defended himself. Your case should serve as an example, “School case”, if the attacks on the networks are aimed at politics, according to her.

Beyond the arguments, the Paris of Anne Hidalgo still dirty and she does not get the slightest empathy with the Parisians who criticize her. The City of Light must recover its beauty, its cleanliness and its “allure”, which its management has taken away.

Flag with swastika hung in Ukrainian positions after Zelensky's visit

Movies The drug movie Lost Boys managed to garner wild audiences at Yle Areena, but now it was removed from the service – this is the reason for the decision.

Alaphilippe and Bennett lead the powerful Deceuninck in Milan-San Remo