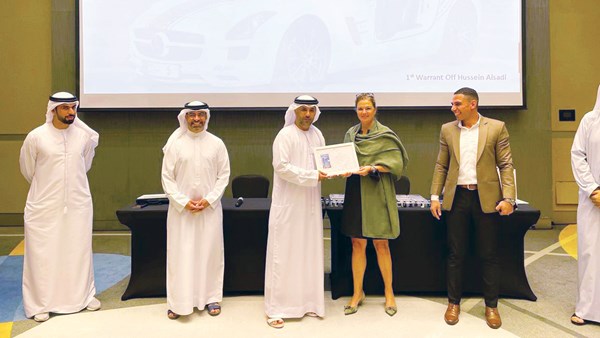 Colonel Khalfan Obaid Al Jallaf, Director of the Tourist Police Department at the General Department of Criminal Investigation at Dubai Police, witnessed workshops entitled “Tourist Security Awareness”, at the Sofitel Downtown Hotel, in partnership with the Department of Economy and Tourism, and in cooperation with internal partners in Dubai Police. Colonel Khalfan Al Jallaf explained that the workshop comes within the framework of the tourism awareness program in support of the Tourism Knowledge Initiative, with the aim of achieving the objectives of the Tourism Police Department aimed at promoting a safe tourism environment that delights tourists and visitors in the emirate, in cooperation with partners in the public and private sectors. Colonel Al Jallaf added: We target hotel employees annually to enhance their security awareness, ways of dealing and providing assistance to tourists and visitors in the emirate, and guiding them to the services of the Dubai Smart Police. Hotel establishments. The workshop included methods of communicating with policemen, accurate hotel registration procedures, introducing the lost and found system, the E-crime platform, awareness of drug damage, smart police stations, and calling 999 in emergency cases, and 901 for non-emergency cases and general inquiries.

See also  Biden in Japan, Russian and Chinese fighters penetrate airspace: signal to the US Putin and Aliyev discussed the implementation of agreements with Armenia

Russian President Vladimir Putin discussed by telephone with his Azerbaijani counterpart Ilham Aliyev the implementation of the tripartite agreements between...

In the United States, it was considered useful to "negotiate publicly" with Russia