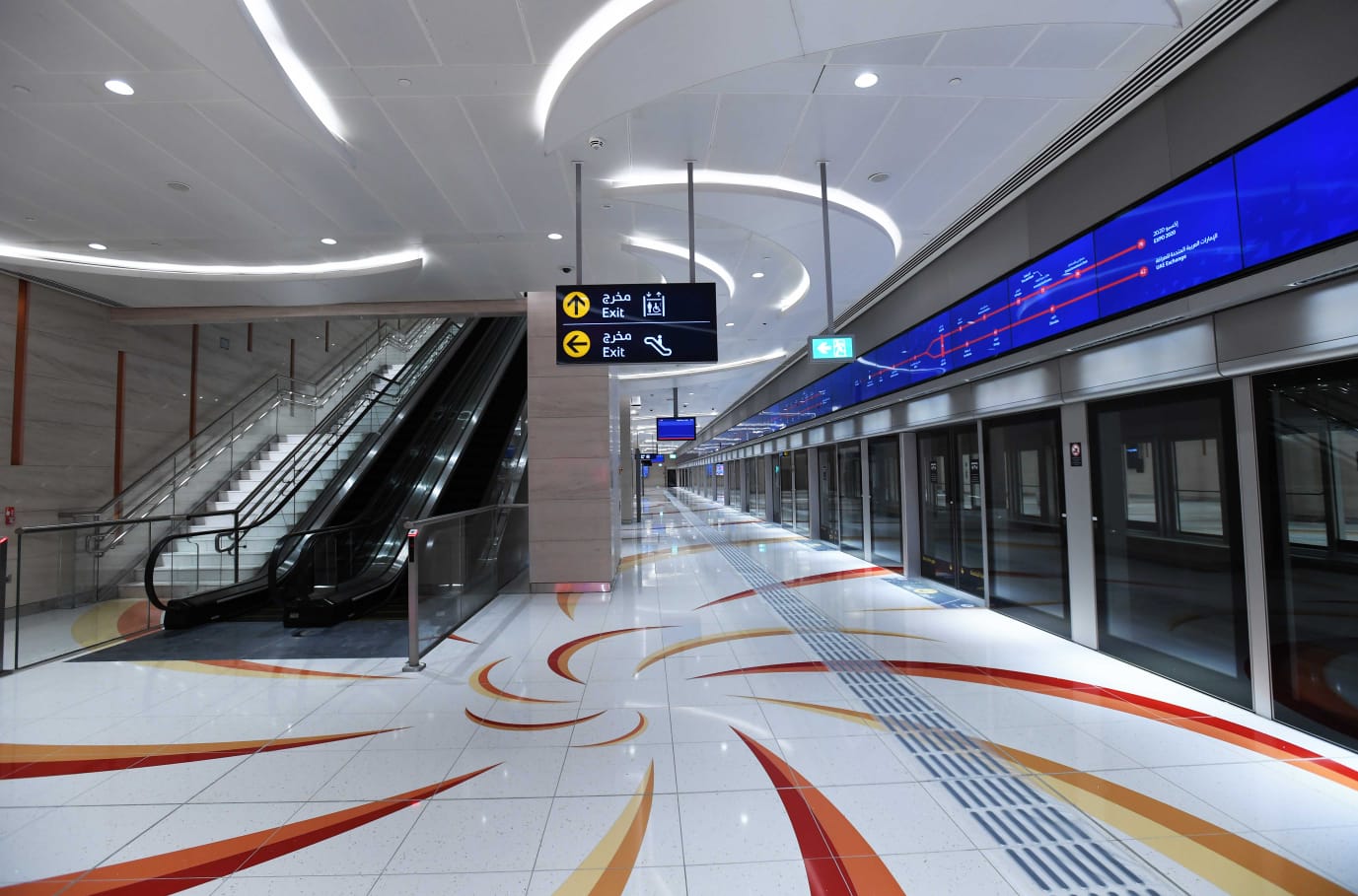 Dubai’s Roads and Transport Authority has announced that it will open the Jumeirah Golf Estates metro station to the public on September 1, 2021, before the start of Expo 2020, making it the largest subway station on the two Dubai Metro lines.

The Jumeirah Golf Estates station is the largest underground station on the red and green metro lines in Dubai, with an area of ​​28,700 square meters, a length of 232 meters, and a capacity of 11,555 passengers per hour, during peak times, and about 250 thousand passengers per day. The station includes two berths. For train boarding, four bus stops, 20 taxi stands, passengers disembarkation and boarding, two parking spots for people of determination, in addition to more than 400 car parks/public/non-paid parking spaces within the Jumeirah Golf Estates Station area.. It also includes 14 commercial investment shops, with an area of ​​466 meters square, in addition to four rental spaces for retail outlets.

The exterior designs of Route 2020 stations bear a distinct and developed architectural style from the designs of the stations, which were implemented along the red and green metro lines.

The design of Route 2020 metro stations included different styles, including the iconic station within the Expo 2020 site, which was designed in the form of an airplane wing to reflect the future Dubai city’s launch towards innovation, and the interchange station (Jebel Ali Station) to link Route 2020 with the Dubai Metro Red Line and the upper stations with a similar design And the developer of the designs of the current metro stations in order to preserve the identity and shape of the Dubai Metro.

The couple stabbed each other in a Moscow hotel