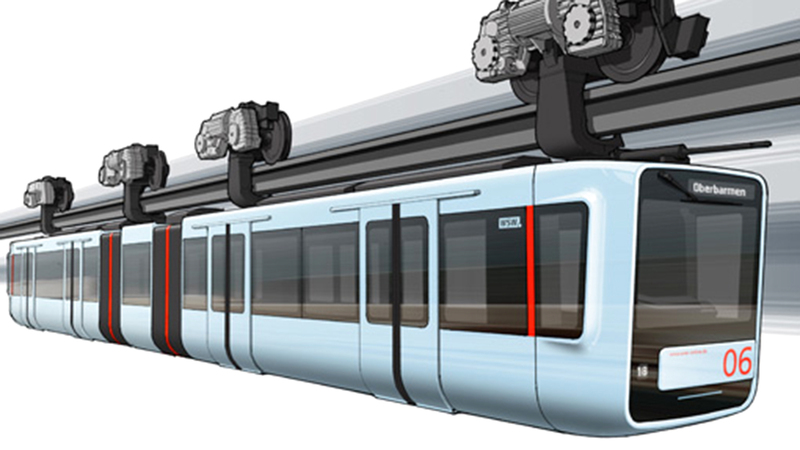 The authority announced the signing of an agreement of understanding with Zhong Tang Sky Railway Company to study a project to establish and develop suspended transport in Dubai, which is one of the public transport means that was established in some countries in the early part of the last century. It can be used in professional or residential complexes such as university cities.

The means of suspended transport is defined as a type of “monorail” that is fixed to the rail from the ceiling, compared to the ordinary “monorail”, which runs on a monorail, and moves over it from the middle area of ​​the train body, while the two sides of the train remain suspended outside the tracks.

It was not possible to obtain a response from the authority about additional details of the new project, to inform the public about the nature of suspended transport, its advantages, and the extent of the benefit of including it in the developed transport network currently available in the emirate.

However, according to the reports of transport and communication experts, the suspended transport units have a set of positive characteristics that distinguish them from other types of public transport.

It includes the possibility of building it to connect points in neighborhoods where it is difficult to establish underground railways, where its lines can be extended at certain heights, commensurate with the nature of the geographical area, and the extent to which it contains the connection points required to install and carry the suspended rail on which the train runs, supported by the rotation of the wheels installed on the outside of its roof. , during his movement on the railroad.

Suspended transport networks are also characterized by the possibility of establishing them in isolated areas far from the existing transport networks, and not connected to the main public transport system, in addition to the possibility of establishing networks within certain residential or professional complexes, such as universities, university dormitories, medical cities and major exhibition sites.

A group of countries used suspended transport units to connect areas to each other to enable passengers to move between two points in areas where other types of transport are difficult to provide.