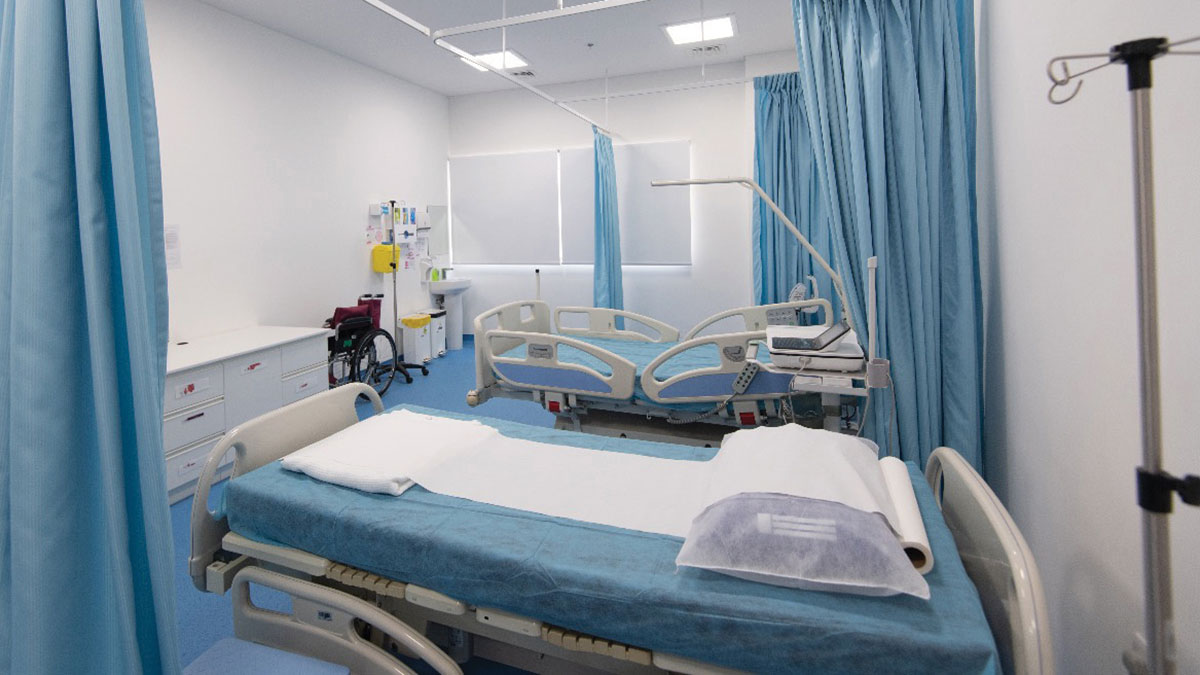 The General Directorate of Residency and Foreigners Affairs in Dubai inaugurated a center to accommodate residency violators, in Al Awir area, which was built on an area of ​​16,731 square meters, according to the latest international standards, which takes into account all ways to provide a full-service “hotel” accommodation for violators whose stay period has expired. Or visit them, and they were unable to renew it, until their status is adjusted or they leave the country.

The Director General of the General Administration of Residency and Foreigners Affairs, Major General Muhammad Al-Marri, said: “The department aims to provide the center with all amenities for the inmates, during the period of their stay there, which does not exceed 14 days, except in extreme cases.”

He added: “Work began in the Violators Shelter Center, which is affiliated to the Violators and Foreigners Follow-up Sector in the General Directorate of Residency and Foreigners Affairs in Dubai, in the year 2015, to construct a full-service building, and the building was handed over after its completion at the beginning of 2018. It used to accommodate 500 people, divided into 50% for men and 50% for women, to the new building, which can accommodate 1,288 people, (553) women and (735) men, while there are currently 11 men and 11 women in the center.

The new building features places for visiting guests, and 13 counters for guests to hand over their belongings (luggage, tickets, cash, etc.), in addition to a counter dedicated to providing dnata travel services, and a place to visit.

The center allocates two days a week to visit inmates, on Friday (for men) and Saturday (for women), and provides the opportunity for emergency visits in cases of necessity that require someone to visit an inmate.

The Assistant Director-General of the Violators and Foreigners Follow-up Sector, Brigadier Khalaf Ahmed Al Ghaith, stated that the center provides an application on smart phones, which is currently undergoing updating, allowing those wishing to visit guests at the center, to submit a request through it, and the visitor receives a message specifying the appropriate date to meet the inmate, where she works The administration is preparing a list of the names of the guests who have visits, as a regulatory measure.

He added that the center provides a place for guests to visit, which is equipped in a way that achieves peace of mind and comfort, from a large waiting area, which includes 16 “counters”, and is equipped with high-quality seats, and the visitor and the guest speak via a dedicated phone, with a glass barrier between them, as a security measure, in order to preserve Public safety, in addition to that, a place has been allocated for visiting diplomatic corps for inmates who are nationals of their countries.

The center’s administration is currently working on providing a “remote” visit service via the Internet, so that the service allows people from inside and outside the country to have a virtual meeting with inmates without the need to come to the center, and this service is under implementation soon.

The center, decorated with the (Expo 2020) logo, includes a restaurant for each of its 14 pavilions, which are divided into (8 for men) and (6 for women), and restaurants serve a variety of meals daily (3 meals a day), in addition to the presence of a “canteen” for the sale of food commodities.

Al-Ghaith stated that the center includes an office for the “Dobs” company, a subsidiary of “Danata”, which completes all travel procedures, whether weighing bags, extracting “boards”, photographing, or iris scans, so that the guest leaves the center directly on the plane, without the need to implement Any procedures inside the airport, in order to facilitate it, and in anticipation of any circumstances that may lead to the delay of the guest from the time of the plane’s take-off, and thus this service provided the center with multiple procedures.

The center provides an outdoor courtyard to which guests go out every day for two hours in the morning, in addition to a sports center that includes an treadmill, and a recreational area in each suite.

In the event the inmate loses his passport, the inmates follow-up department at the center addresses the consulates of their countries and their sponsors, about the loss of passports, and the department issues the inmate a travel document.

The center includes a “medicine” clinic to provide medical services to inmates, where the clinic conducts simple medical examinations for the inmates, and the inmate is examined in the clinic upon entering the center (a blood and corona test is performed for him), and upon his exit from it, and if his condition requires him to be transferred to a hospital, he is This is done by ambulance, and the state bears the full costs.

The services provided by the center to the inmate included the allocation of a large laundry to wash and iron all their belongings and clothes, in addition to allocating two types of lockers for the inmates, the first type being large lockers to store travel bags in them, and a small one with secret numbers to keep valuable personal belongings (money, gold, watch, computer automatic and others).

The general physician at the “Tadawi” center, Dr. Heba Al-Qazzaz, explained the medical services provided, whether to the employees of the Al-Awir Shelter Center or to the inmates, which include providing the necessary medicines from the pharmacy in the center, medical care, and a comprehensive examination of the inmates to ensure that they are free of infectious diseases, from Including “Corona”, pointing out that the medical follow-up of the inmates continues throughout the day through the nurses, and the doctors are present daily from the morning until 3:30 in the afternoon.

She stated that the medical staff includes a doctor and nurses, and if the case requires greater medical care, it is transferred to a Dubai Health Authority hospital. As for the corona examination, it is carried out at the center and its results appear 24 hours before, noting that the “Tadawi” center includes two rooms, one of them For men and one for women, and in each room there are three beds.

• «The new center provides comfort for guests during their stay in it, which does not exceed 14 days».

The Assistant Director of Operations for Dobbs, Adel Wajeeh, said: “The company’s office in the Al-Aweer Center receives the travel request for each inmate, and obtains all the approvals, procedures and documents required for the person concerned, and after making the necessary arrangements, the office finishes the airport procedures, which include printing ” Boarding, weight, bag label, sterilization, and shipment directly on the plane,” explaining that these procedures are carried out after the guest has received the passenger’s ticket and passport and a “Corona” examination is conducted for him.