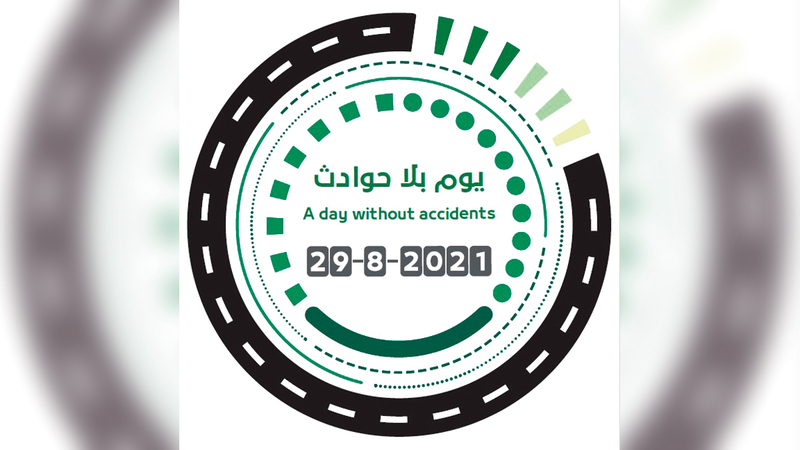 Dubai Police announced the implementation of its annual campaign, “A Day without Accidents”, for the fourth year in a row, with the aim of providing a safe start to study in all schools in the emirate without accidents, and while ensuring compliance with the application of precautionary measures to prevent the emerging corona virus (Covid-19).

The Director of the General Traffic Department, Brigadier General Saif Muhair Al Mazrouei, said that the annual campaign continues for the fourth year in a row, following the successes it has achieved during the past three years, in not registering any traffic deaths on the first day of study, and a decrease in the accident rate, as a result of the commitment of drivers. And the students’ families with the laws and procedures for a safe return to school life.

He stressed that the campaign, which is launched in cooperation between the two departments of traffic and community awareness, bears the slogan “Together to make Dubai’s streets safer”, and it will be launched next Sunday, coinciding with the first school day, and it consists of two parts, the first traffic, and the second health, to educate school bus drivers, supervisors and students about the procedures. Precautions to be applied to prevent the Corona virus, whether in buses or schools.

Al Mazrouei called on drivers and students’ families to pay attention to the “stop” sign used on school buses, and not to pass it, for public safety and to avoid accidents, calling for adherence to the speed limit on the streets, not using mobile phones while driving, adhering to lanes, and not being distracted by the road. In other matters, and not to drive in the event of physical exhaustion, calling on school bus drivers to implement public safety standards.

For his part, Director of the Security Awareness Department in the General Department of Community Happiness, Butti Al Falasi, said that the campaign has proven successful during the past three years, and in its fourth year, it seeks to achieve zero deaths on the first day of school, increase traffic awareness among the public, and provide it with the opportunity to participate in the police force. Dubai in achieving its goals in traffic safety and public safety, through its keenness to abide by the laws and apply precautionary measures.

Butti Al Falasi, Director of the Security Awareness Department in the General Department for Community Happiness, stated that the campaign aims to evaluate the behavior of drivers, through partnership in responsibility, and the solidarity of community members together, in order to achieve the public interest on the first day of school, and to achieve zero accidents leading to deaths. . He explained that the campaign seeks to provide an opportunity for members of the public to participate in the success of its activities, by creating a spirit of challenge for them, by avoiding traffic errors, increasing awareness, by reducing the number of violations, and applying precautionary measures against the Corona virus, through physical distancing in buses and schools. .